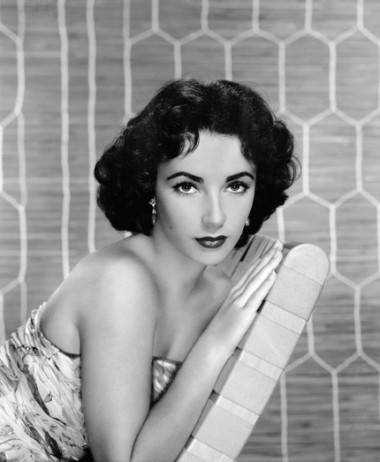 Elizabeth Taylor was reared in the Hollywood studio system – that much-denigrated, iron-fisted, self-regulating arbitrator of all things fair, decent and acceptable in the movies and for those who made their living by them. Though remnants of the system remained in place and took longer to fizzle out over the coming decade, film historians considered it finally and officially vanquished with the release of John Ford’s 1962 classic, The Man Who Shot Liberty Valance.

Taylor was all of 12 when National Velvet made her a household name in 1944. And while it’s easier to remember her last film appearance, 50 years on, as Pearl Slaghoople in the live-action debacle that was The Flintstones, it is as the wide-eyed and optimistic Velvet Brown that seems more fair, not to mention flattering, on news of her passing at the age of 79.

It seemed, not so long ago, that there was an endless armory of veteran Hollywood actors around to remind us youngsters of the antics of Harry Cohn, or Jack Warner’s legendary tall tales. To speak of a time when moving pictures still marveled audiences, with Technicolor nonetheless. However, with Jane Russell’s death earlier this year, and now Taylor’s, that once boisterous and numerous entourage is dwindling into single digits. Like a group of WWII vets, meeting up year after year to commemorate their triumphs and woe fallen comrades, only to find with each new September mist, fewer and fewer turning up to muster a salute. Angela Lansbury (Taylor’s co-star in National Velvet), Betty Bacall, the indestructible Kirk Douglas, it gets tougher after that.

As Taylor’s personal life became public fodder, it has become, retrospectively speaking, harder and harder to take her seriously as an actor. She has made more appearances, over a longer period of time, in the gossip rags than anyone. And it was her husband-stealing, and seemingly yearly engagements that movie fans came to associate her with.

There was a time however, when Elizabeth Taylor tore up movie screens in ways untold before her arrival. From Shakespeare to Tennessee Williams to Edward Albee, Taylor put her stamp on more than a few great writers’ characters. A few years back I caught Kathleen Turner on stage in the latest revamp of Albee’s fantastic “Who’s Afraid of Virginia Woolf?” While Turner has the vocal chords, and certainly the chutzpah, for the part, one couldn’t help but wish for Taylor to magically turn up in her place during one of Martha’s boozed-filled entrances from the wings.

Dozens upon dozens of Liz lists are filling the web by the second, saluting her multi-decade career, acquiescing her transcendence beyond. I will focus mine rather on her greatest motion picture collaborations.

Mankiewicz directed Taylor in Cleopatra, as well as in the underrated Suddenly, Last Summer, alongside Katherine Hepburn.

4. Tennessee Williams – playwright
Taylor was lucky to be at the height of her fame when Tennessee Williams’ stage plays were being introduced to the masses on movie screens around the world. Their collaboration, along with Paul Newman and director Richard Brooks, on the 1958 film version of Williams’ knockout play “Cat on a Hot Tin Roof”, is still the standard-bearer.

3. Montgomery Clift – actor
Taylor adored Clift and his acting – Clift was an early adopter of “The Method”. The two starred together in A Place in the Sun, Suddenly, Last Summer, and Raintree County.

2. George Stevens – director
Taylor collaborated with cinematographer-turned-director Stevens successfully on A Place in the Sun and Giant, and not so successfully with The Only Game in Town. 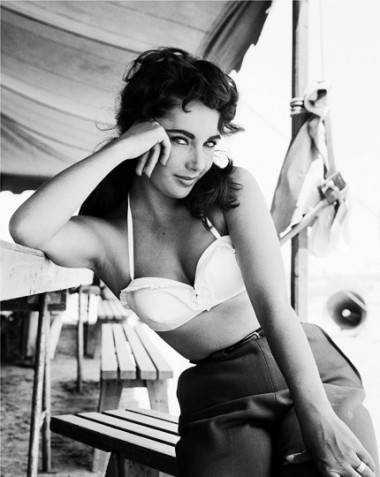 Elizabeth Taylor on the set of Giant in 1961.