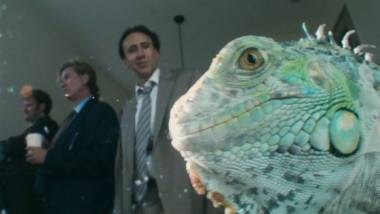 Is anyone else seeing this?

Remember when Nicolas Cage was an actor? I though not.

Drive Angry 3D (naturally) arrives in theatres this Friday. The official plotline offers up Cage as a vengeful father who, thwarting millennia of religious tradition, “escapes” Hell, to avenge the murder of his daughter, and retrieve his kidnapped granddaughter. It’s nice to see Cage slide so gingerly into the grandfather role.

Somewhere along the way, Nicolas Cage made a decision: he was going to be a movie star, whether or not anyone else got the memo was irrelevant. Physical stereotypes of traditional leading men and their hairlines be damned, he was going to do it, and so he did. To be fair, he had some help from audiences, who have become far more accepting of “darker” movie heroes, or those not cut from the Cary Grant cloth, as it were.

From Ghost Rider and the National Treasure franchise, through Kick-Ass and the wonderfully Haiku-titled, Bangkok Dangerous, Cage has become a bankable action star, shoehorning his face into a constant grimace, and leaving behind the brutal grind that is character development.

The great shame being, of course, that Cage is one of the best actors around. His range runs the gamut from the slimy, to the lovable loser, to the toughest guy in the room. When he does tackle a role of depth and emotion, he almost always hits a home run.

10 great Nicolas Cage performances, in chronological order, for those of us hoping Cage, sometime soon, returns to his first love: acting.

10. Peggy Sue Got Married (1986) – In his second outing for Uncle Francis, Cage played opposite Kathleen Turner, as her two-timing husband, Charlie, in this time-traveling rom-com that unravels why we make the choices we do. 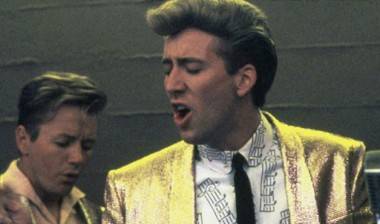 9. Raising Arizona (1987) – No one does genre pictures better than the Coen brothers. This early gem can hang with the heavies of the screwball comedy game, from any era. Cage plays H.I. McDunnough, who haplessly finds himself involved in a baby heist at the behest of the baby-centric tunnel vision that has overtaken his wife, played by Holly Hunter. 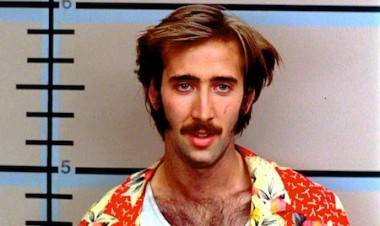 8. Moonstruck (1988) – The first film where the mainstream really took notice. Cage steals the show in this charming Cher vehicle. 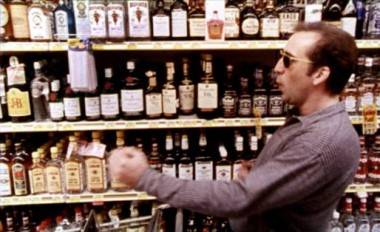 6. Red Rock West (1993) – Not many saw this little gem. Stuck between a Western and a thriller, Red Rock West sees Cage trapped in a lethal case of mistaken identity.

5. Leaving Las Vegas (1995) – The role that brought Cage his Oscar, a portrait of a man at rock bottom, and the humanity that lies therein.

4. Bringing Out the Dead (1999) – It seems as though it took too long for Cage to team with Martin Scorsese, but he snuck in between an aging Robert DeNiro and the teenage Leo to steal the role of paramedic, Frank Pierce, haunted by the lives he has failed to save.

3. Adaptation (2002) – Faithfully playing the role of real life screenwriter Charlie Kaufman is no easy task. Then, throw in a twin brother, Donald, and a hopped-up Meryl Streep, and it’s like watching a movie at your shrink’s office. 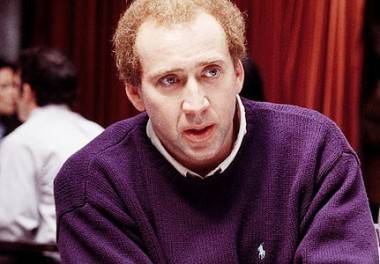 1.Â  The Bad Lieutenant: Port of Call – New Orleans (2010) – The value, merit and overall purpose of remaking films shall be left to another day. Having said that, being a faithfully devoted Herzog fan, I loved this movie, and Cage is brilliant in the role of a drug-riddled crooked cop, who just keeps rising through the ranks no matter what adversity comes along.