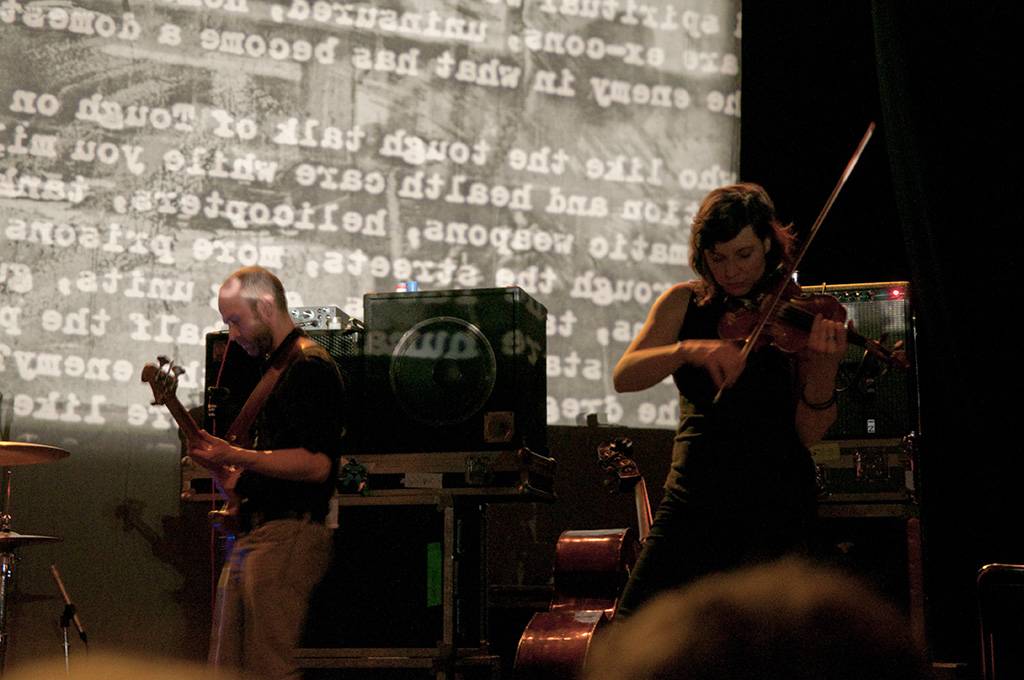 Godspeed You! Black Emperor in Vancouver.

The Canadian post-rock collective formedÂ in Montreal in 1994 and released its debut album three years later. According to Wikipedia, the band was founded by Efrim Menuck (guitar), Mike Moya (guitar), and Mauro Pezzente (bass). The name comes from God Speed You! Black Emperor, “a 1976 Japanese black-and-white documentary by director Mitsuo Yanagimachi, which follows the exploits of a Japanese biker gang, the Black Emperors.”

After touring regularly from 1998 to 2002, GY!BE announced an indefinite hiatus. The band finally for a tour late last year.