This was supposed to be a Top 10 list but I was suicidal by the time I got to number three. That’s why this year’s column comes in a concentrated dose. Plus, it’s Christmas [editor’s note: We received this story from Adrian just prior to Christmas, but didn’t have time to post ’til Jan 2] – I’m not allowed to have any damn fun?? Anyway, sweet dreams, kids.

From Maria Tomchik’s Top 10 Economic Stories of 2010: “In 2008 and 2009, the Federal Reserve functioned as the central bank for the entire world. Documents pried from the Federal Reserve in November show that dozens of foreign banks and an astonishing number of foreign governments lined up to get handouts from the Fed, who kept its client list a deeply protected secret. The recipients included most of Europe’s major banks: Barclay’s Bank, Bank of Scotland, RBS, Societe Generale, Dresdner Bank, Bayerische Landesbank, and Dexia. Also on the list are the central banks of Australia, Denmark, Mexico, Norway, Switzerland, Sweden, South Korea, Britain, and Japan. If it had been publicly known at the time what the true, global extent of the crisis really was, the world’s economy would have completely collapsed. This is the biggest story of the year, perhaps of the entire past decade, but it’s received zero attention from the US press [italics mine].”

From Treehugger: “Until recently the International Energy Agency never really publicly acknowledged peak oil, and still rarely uses the term itself even though over the past year the topic has been acknowledged to be (gasp) very real and likely very soon. But in this year’s World Energy Outlook, you come across a chart that shows in fact for oil fields currently producing we passed peak about four years ago… As Stuart Staniford and Kevin Drum over at Mother Jones point out, suddenly peak oil has gone from something not worthy of discussion to something that’s already happened. It somehow makes the allegations of whistleblowers in 2009 that the ‘IEA deliberately inflated oil figures to avoid financial panic and appease the United States’ take on new significance.”

A side gusher on Spindletop Hill in Beaumont Texas. Photo by the Texas Energy Museum/Newsmakers

Welcome to My Nightmare

I suppose as we enter a likely era of proliferating war inside a context of economic and environmental collapse, we can at least take some comfort in death, no? Not according to Nick Redfern. This year, the veteran UFO researcher published the book Final Events, about a super secret group of US Defense and Intelligence officials called the Collins Elite. Their task? To investigate the demonic nature to the UFO phenomenon. Their conclusion? Um, you don’t wanna know. Forget ET; what we’re dealing with is extra-dimensional soul-eaters disguised as aliens, while the planet earth – as one contactee memorably puts it – “is just a farm”. This isn’t a new idea. The overlap between occult, psychic, religious, and UFO experiences is long established, but its nice to know that it isn’t really taken seriou… oh shit.

There is Some Light

It’s not about Julian Assange; it’s about the information. Take the trumped up charges, legal contortions, pathetic media spin and misdirected focus on his private life since the release of 250,000 secret diplomatic cables as evidence that Wikileaks is genuinely rattling the power structure. Meanwhile, the staggering criminality of our political elites, worldwide, is being laid bare. For a breezy starter course, there’s this: The 25 Days of Wikileaks.

Maybe the Quaids Aren’t So Crazy

As they drive around our hometown in a yellow Prius, spare a thought for these Tinseltown refugees. Let’s not forget that Hollywood is a sewer where corporations, propagandists, spooks, and gangsters in suits play America’s Next Sweetheart with each other. And let’s not forget that high gloss gossip rags like Vanity Fair – which ran a Quaid hit piece that was as malignant as it was transparent – exist to control the message. It’s as old as the Hollywood Hills. Did you know that Fatty Arbuckle was innocent? 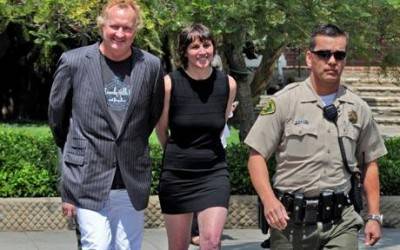 Honorable mentions abound: BP’s decimation of the Gulf through unpunished criminal irresponsibility will impact both the region and the rest of the world for centuries; Canada was given a glimpse of its future when it became a police state for those two glorious days of the G20 Summit in June; Britain’s royalty saw its future too, when Charles and Camilla crashed into reality as they made their way to the Royal Variety performance on the same night the streets of London became a theatre for class war; and for fuck’s sake, do we need to get started on the Olympics?

But it wasn’t all bad. At least we had the heartwarming story of the Chilean miners, right? RIGHT??!!