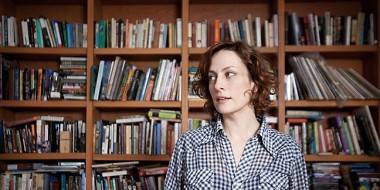 Sarah Harmer is more than 30 minutes late for our telephone interview. I’ve almost decided to leave my post to run to the washroom when my phone rings and she’s saying in her chilled out way, “Sorry about that…”

Harmer is doing some media rounds for the next leg of a tour that started back in 2010 to promote her latest album, Oh Little Fire . She plays in Victoria before hitting Tofino and Nanaimo (Jan 12, 13 and 14, respectively) then making her way east through Vancouver for a Commodore Ballroom show (Jan 15) and across the Prairies. Five years have passed since her last album and this one is has bigger sounds with a heavier rock vibe – a departure from the acoustic coffee shop favorite of the previous album, I’m a Mountain. 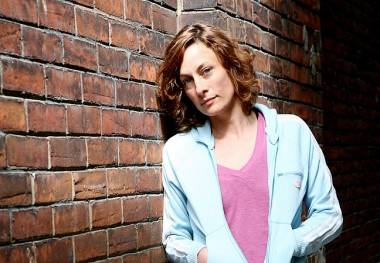 In five years, people’s expectations start to build. Does she pay attention to what people are expecting from her?

“I mostly wanted to be myself and do things that are my taste, of course, but there are always people, mostly musicians and friends that I want to like what I do,” says Harmer. “It’s kind of a vulnerable time when you’re making records and you have these big decisions to make about how to approach things and you can get doubt, doubt about the choices you make. There are definitely a lot of different voices in your head at times.”

But the Burlington-born singer and songwriter seems to know when to lead and when to follow. She knows she wants to hit some towns a little out of the way on her tour, and will push for it, but knows when to heed to producer Gavin Brown’s advice. “I really do value his opinion a lot.”

Sarah Harmer’s Oh Little Fire, the singer’s was recorded at Brown’s studio with his recording gear. “He was really good at providing the infrastructure in some ways. I would show up to the studio with a few guitars and some songs in my head but [Brown] was a huge part in the making of it.”

Harmer retains creative control but is flexible with her musicians and their suggestions. And with this album there is a lot of sound going on. Does the full effect get translated in her live performances?

“The challenge is to make it feel like you’re making it up and creating something new for each show.” 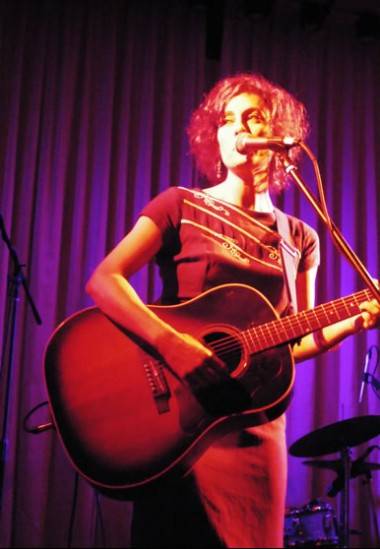 She says it’s easier to do that with the songs from Oh Little Fire because they’re more high-energy.

“The last album was really suited to theatre shows, small towns and mixing a mandolin and a clarinet, it was a real precision, sonic thing. And the reason we’re going to be doing these shows in bars is because I don’t want to be so careful. I want to have some real rock ‘n’ roll sweat happening. So it’s pretty raw but I have a really polished band. I think it’s going to be a good marriage of a carefree quality with some background chops.”

She has some ideas for her next album, but nothing concrete.

“It’s kind of early but I have some ideas for some home recording and to try and do things less meticulously in a way than this record. I just want to capture a bit more vibe. I have inklings of where I want to go…” 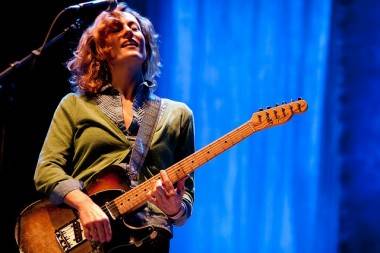 In the meantime, Harmer is also busy with her environmental efforts, in particular Protecting Escarpment Rural Land (PERL). After six years of campaigning to protect the Niagara Escarpment from a proposed gravel development, which included a tour and DVD to raise funds, the fight is now in the middle of a joint board hearing that will decide if the gravel company will be able to do business.

It’s a lot of work and pressure now that the fight is nearing its end. “We’re trying not to stress too much,” she says, as costs are high and the hearing is expected to take the next six to nine months. “It’s a marathon and we’re nearing the end.”

But she gets inspiration from environmental activist groups across the country, including a lot of organizations from the west coast. “There are so many different groups out there, leading the charge to protect the environment.”

Does she ever feel overwhelming despair when she thinks about the overall picture of environmental degradation?

“No because I fee like I can chip away at it. I’m generally optimistic. Trouble is way over our heads, absolutely. But in my little corner of it, I can kind of fight it off.”

She compares her environmental campaign to making a record. Whenever things get overwhelming, there are others around to help out. “Everyone kind of pulls their weight at different times, it’s communal work.”

Oh Little Fire feels like a communal album and is fun to listen to, even in its darker moments. We chat a bit more about local politics but she starts to wrap things up as she’s got another phone call to make – she’s late for her next interview.