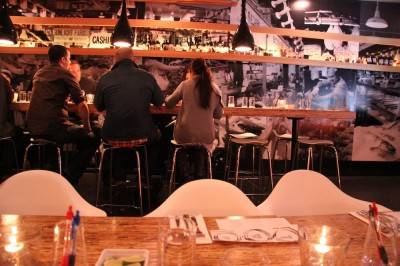 Since July, The Refinery has been holding a Cocktail Kitchen series. The brainchild of mixologist/jill-of-all-trades Lauren Mote, the series is a weekly challenge for city bartenders to come up with cocktail pairings to go with a three-course meal.

Each month the regional food changes, along with the spirit. Thanks to Granville Online, we attended the last of the November Cocktail Kitchens. Brad Stanton, who is in transition between Uva and Hawksworth, as last month’s winner (as chosen by participants and based on various criteria; at the end of the meal, diners are encouraged to fill out a questionnaire) was invited back to pair Havana Club rum cocktails with West Indies grub. (The finals are in January; the winning bartender, and a lucky diner, win a trip to Napa Valley.) The Refinery takes its cocktails seriously, and the bartenders have 23 different kinds of in-house brewed and fermented syrups and tinctures to draw on for their creations. 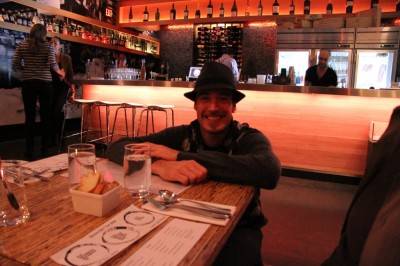 To go with the first course, a brightly coloured salad of thinly sliced papaya, cubed watermelon and avocado topped with a papaya-seed dressing, we were poured a mixture of rum, coconut water, and house bitters. It did the trick of immediately putting us in a tropical frame of mind (or maybe that was the dub-reggae coming through the speakers). 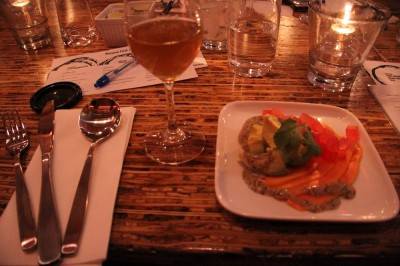 We’d been warned/promised that the next two dishes would be spicy-hot, and the Jamaican fish stew (with snapper and habanero peppers and a Gumby-shaped plaintain for a garnish) left just the right degree of mouth-burn, which we washed away with a concoction of rum and wheat ale along with purees of kalamansi, a Filipino fruit, and mango. For my money, this was the most successful pairing of the evening. 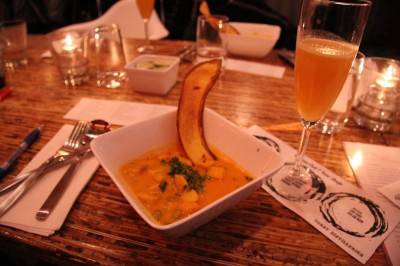 For pure deliciousness, the main course of curried goat with rice and beans won out; the curry sauce was so tasty, I wanted to down a vat of it. The accompanying libation, the Sierra Maestra, made with an allspice-like pimento dram and delhi house bitters, was a little on the sweet side. 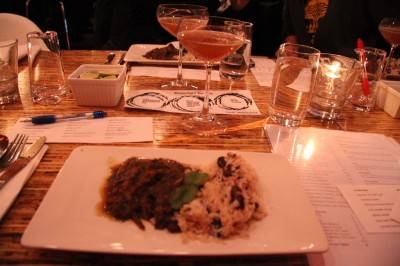 While all three courses and drinks are included in the price of a seat, $35, we also ordered cocktails to start and end the evening. The Charred, a smokey, frothy bourbon drink, and the Toro, a tequila-based beverage, got us started; hostess Mote capped off the dinner with one of her creations, a gin-based eggnog-like concoction, with vanilla for sweetness, called the Paddington Station. 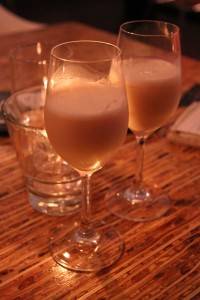 The Paddington Station at The Refinery, Nov 24 2010. Robyn Hanson photo

We’re already planning a return to the Cocktail Kitchen series next month – December’s spirit is bourbon. 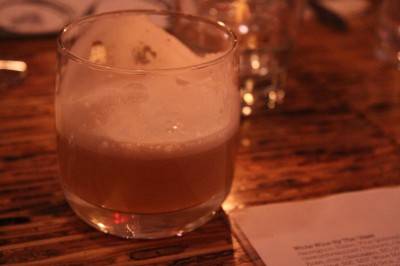 The Charred, the signature bourbon cocktail at The Refinery, Nov 24 2010. Robyn Hanson photo