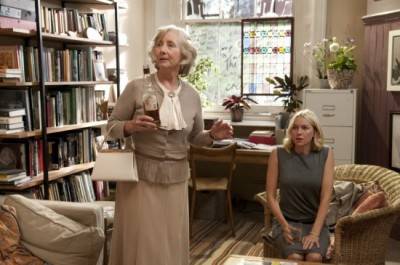 Review – You Will Meet a Tall Dark Stranger

What can one say about Woody Allen’s latest film, You Will Meet a Tall Dark Stranger? Basically that it’s better than Wall Street: Money Never Sleeps, but only by a smallish margin (for reference, see Shawn Conner’s review of Wall Street 2 here).

In fact, You Will Meet a Tall Dark Stranger is better than a lot of movies. It has a coherent storyline, for one thing. The characters, for the most part, are interesting enough that you actually care about what happens to them. Plus, it is not in 3D. 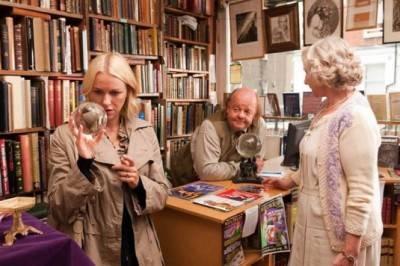 This time, Allen aims to make the audience both cry and laugh (albeit not at the exact same time). Indeed, you know you are in for a tragedy mixed a bit of with comedy when the film starts with a quote from Shakespeare’s MacBeth: “Life is a tale told by an idiot, full of sound and fury, signifying nothing.” It is a good quote to sum up the story and the general M.O. of the characters, who are all a little bit lost, and are therefore desperately seeking meaning in their lives; but, in the end, this seeking is problematic for most of them.

In this sense, the theme of You Will Meet a Tall Dark Stranger goes contrary to the usual positive-thinking mantra that “your dreams can come true.” In fact, it’s more like “find a random delusion you can hang onto, otherwise you’re going to want to kill yourself – because dude, nothing in life really means anything anyway.”

The title of the movie, and the opening scene, sums up this rather depressing POV fairly nicely. We meet our first character, a thoroughly traumatized-looking older lady named Helena (played with awesome twitchy jumpiness by Gemma Jones), who has just been left by her husband of 40+ years. Helena doesn’t know how to exist without her husband Alfie (Anthony Hopkins), who left her basically because she was making him feel old.

Worried that her future holds only loneliness and despair, Helena is urged by her daughter Sally (played by Naomi Watts, who, unfortunately, does not look that hot in this film) to go visit a sham psychic for reassurance. Helena takes to the psychic’s “you will meet a tall, dark stranger” malarkey like a duck to water, and promptly tosses logic and reason out the window. But at least it makes her feel better – and keeps her out of Sally’s hair – right? 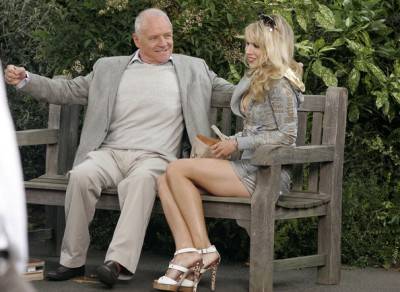 However, after this opening scene, Allen’s general point gets a bit confused. Normally I’d say that good ol’ Woody was getting all post-modern with it, and deliberately making his thematic message somewhat inconsistent because it proves that nothing, not even his film, has any real meaning. (Except that that would give it a coherent “nothing has any meaning” message; and therein lays the issue with post-modernism…. but I digress). Alas, Allen is not being quite that clever in this film – he is phoning-it-in entirely too much for it to be that deep.

For example, the ways in which the characters stumble into their various love affairs with inappropriate people borders on clichÃ©. Sally’s husband, Roy (rugged-as-ever Josh Brolin), a stay-at-home writer who had one big literary success and is now paralyzed by the weight of expectation, falls for the Lady in Red he sees in the window in the building opposite to his. Maybe this is another reference to Shakespeare a la Romeo and Juliet, but a man falling for a woman he sees in a window is about as rom-com as it comes.

Then there’s Alfie, who hires a hooker one evening and decides that the blonde bimbo who arrives at the door is the answer to his whole feeling-old problem, so he marries her and keeps her in a creepy all-white condo, buying her furs etc to keep her happy. Honestly, Hopkins as an actor deserves better than that, and Woody should know better too – but Allen is too busy trying to make his somewhat nihilistic statement to make a good effort with Hopkins’ character. 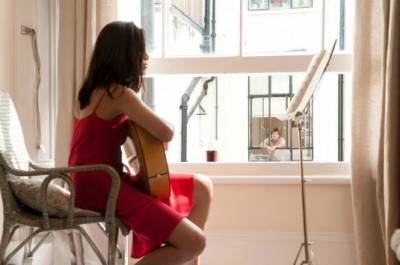 All in all, you could do worse than spending 90 minutes of your life watching You Will Meet a Tall Dark Stranger. Compared to your average mainstream popcorn movie, it is more enjoyable and it makes you think a little bit, too. But that is essentially damning the film with faint praise, which quite frankly, is all it really deserves. My vote: skip the theatre viewing, and watch it from the comfort of your own home.

One response to “You Will Meet a Tall Dark Stranger”