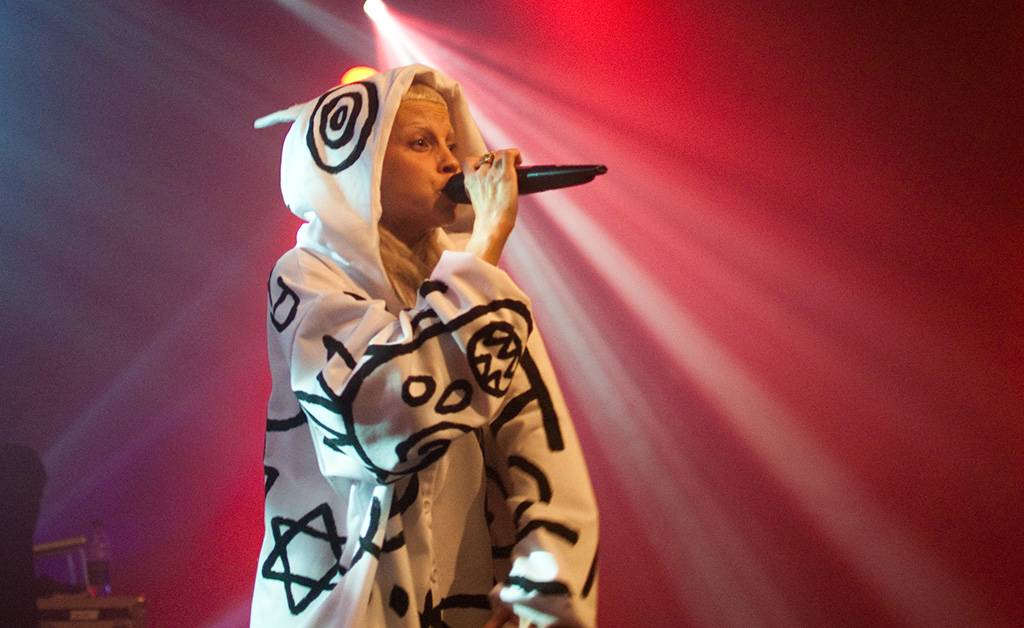 If there’s one thing that Die Antwoord are good at (and there are actually many things), it’s getting people talking. Eavesdropping on conversations before the show revealed a mix of amped-up, slightly confused, imitating, idolizing and curious fans, all waiting to see if the South African so-called “next-level” group was everything or anything like they are in the videos that circulated on the Internet and shot them to fame.

For an opening, with the stage curtains still closed, a beastly monotone sound pulsed the audience into a frenzy. (At this point, the pit started to get slightly out of control and I lost my pen and ended up with someone else’s blood on my shirt so I have no more notes on the set list. Sorry.) When the curtains finally opened and Ninja and Yo-Landi Vi$$er came on stage, someone standing next to me said, “She is real!” Indeed she is, and a hyper-sexualized ball of fire at that. 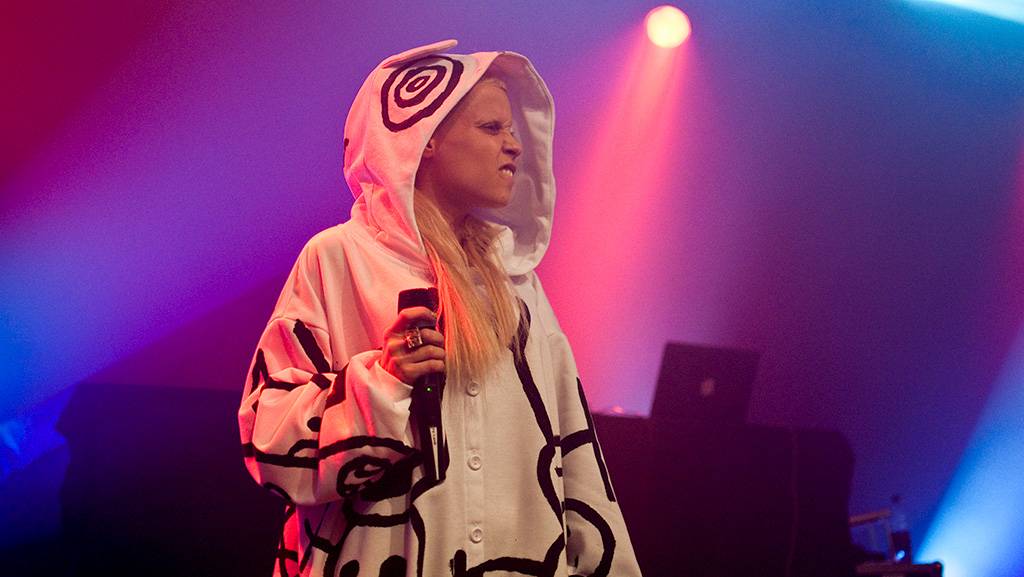 With none of the external gimmicks that mark their videos (if you’ve seen “Evil Boy”, you know what I’m saying) and some strobe lights, the concert was just the duo and their mask-donning DJ, with Ninja and Yo-Landi the centre of it all.

The show got under way with the duo clad in graphic black and white over-sized outfits which, piece by piece, came off. Ninja wore a District 9-style arm claw the entire show, even though by the end it was the only thing besides his boxers and prison-style tats that he was left wearing.

As the songs went off, the energy intensified. When Yo-Landi left and then reappeared on stage in her signature gold lamÃ© pants and top, then stripped down more to a tiny cut-off t-shirt and danced around with her ass to the audience, rubbing herself and tugging her top up and her pants down, well, it was all pretty exciting. 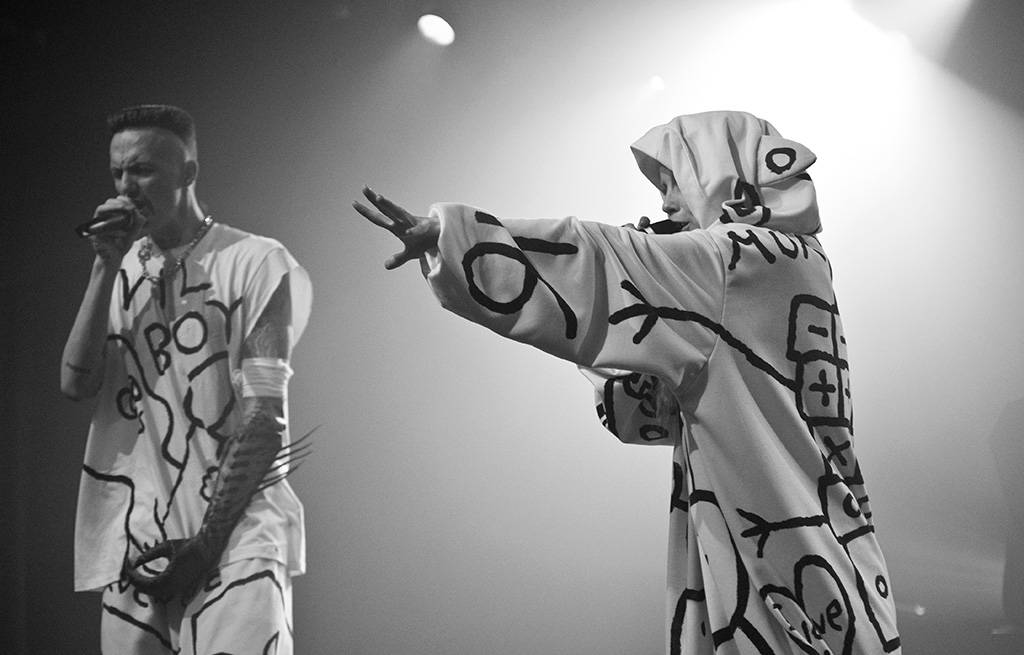 Not to say that Ninja, with his redefined pelvic thrust and super-cut body, wasn’t a force unto his own. He was. He was crowd-surfing just a few tracks in and exudes a confidence that elevates his personality and style from slightly ridiculous to, dare I say, really kind of sexy. And the pornographic videos playing on each side of the stage added to the fuck-it-to-social-mores atmosphere.

The questions surrounding their authenticity, their ability to feed the ravenous pop culture consumers starving for a modicum of originality (are they even original at all or just as derivative as the next?), the question of sincerity vs. manufacture, even the quality of their music, doesn’t much matter when you get down to it. What Die Antwoord is, at least for now, is a spectacle of epic proportions that we should appreciate while they still have the motivation to surprise us. Will they exist in a year from now? Who cares. They are refreshingly awesome right now.

One response to “Die Antwoord at the Commodore Ballroom”