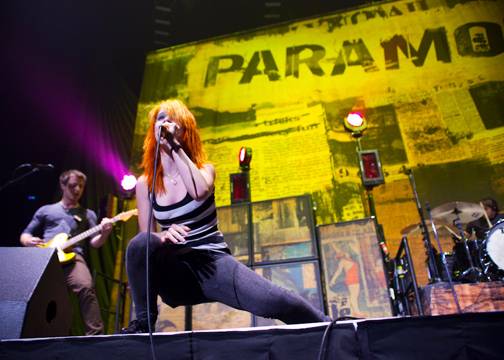 From Franklin, Tennessee, the band is fronted byÂ singerÂ Hayley Williams. Paramore came together in 2004 with bassist Jeremy Davis and guitarist Taylor York. The group’s debut All We Know is Falling in 2005 and followed up with Riot! in 2007.