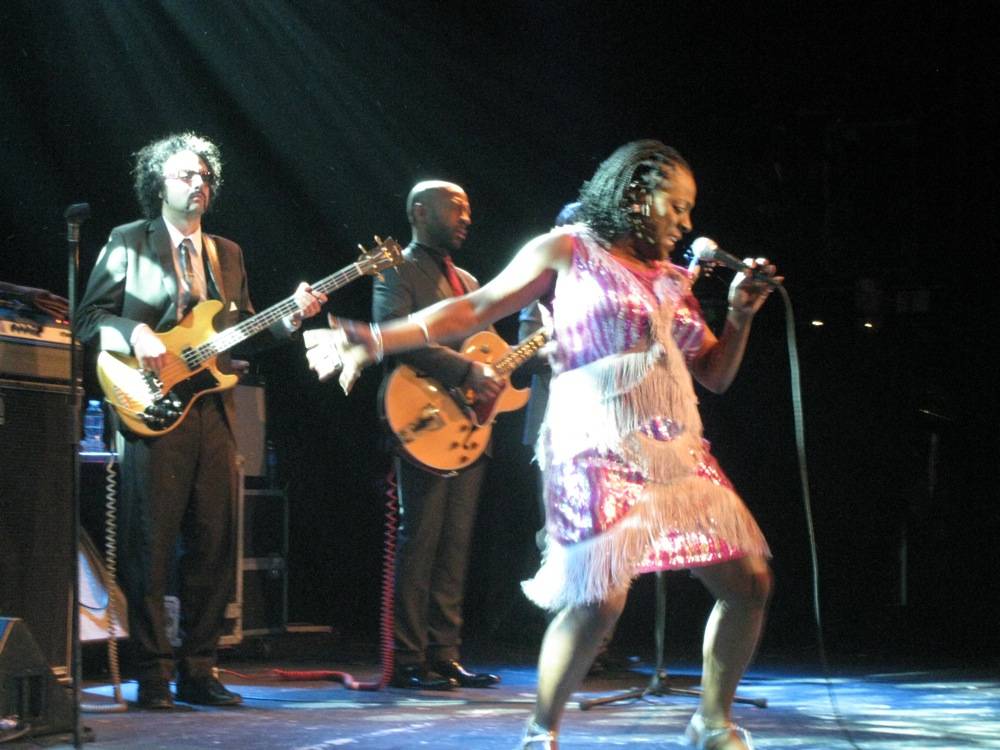 Sharon Jones and the Dap-Kings in Vancouver.Â The Brooklyn-based soul band is on tour for its 2010 album I Learned the Hard Way.

Other recent activities include appearing on Michael BublÃ©‘s 2009 album, Crazy Love, in the track “Baby (You’ve got what it takes)”. And, in the fall of 2009, Jones and the Dap-Tones’ David Guy appeared with Phish for their musical costume at Phish’s Festival 8 in Indio California, where they covered The Rolling Stones‘ Exile on Main St.

According to Wikipedia, Jones was born in North Augusta, South Carolina. She is the youngest of six children. While still a young child, sheÂ moved with her familyÂ to New York City. Jones and her brothers would often imitate the singing and dancing of James Brown. Her mother happened to know Brown, who was also from Augusta.