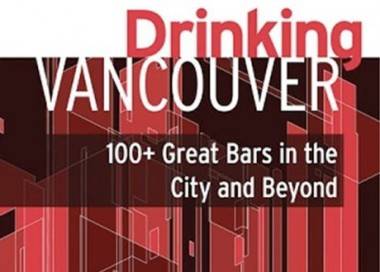 Is this the only book you need to get soused in the city?

As I leaf through John Lee’s guide to drinking holes in Vancouver, aptly named Drinking Vancouver, I am sipping a pinot noir in the Public Lounge on Main street (p. 105). He has not awarded this restaurant with a star, which would denote it as one of “the sudsy creme de la creme of Vancouver drinking spots”.

Only 12 establishments are awarded that honour by Lee. But, at least it made the cut, as one of the hundred plus bars he feels are good enough to include a full page bio on, in this “slime tome” he suggests pocketing for an intoxicating excursion into the neighborhoods of Vancouver (it’s a little too large for my pockets, but fits nicely into a purse). In fact, a few of my favorite haunts have not made the cut.

Lee divides Drinking Vancouver into sections highlighting 11 Vancouver neighborhoods, after which he throws in two out of town locations, Victoria and the Okanagan, lending credence to my theory that this book has the tourist in mind rather than locals like myself. Each review is summarized with a quick phrase for the impatient reader, as well as a side bar with his pick of “essential tipple” and “must-have nosh”. 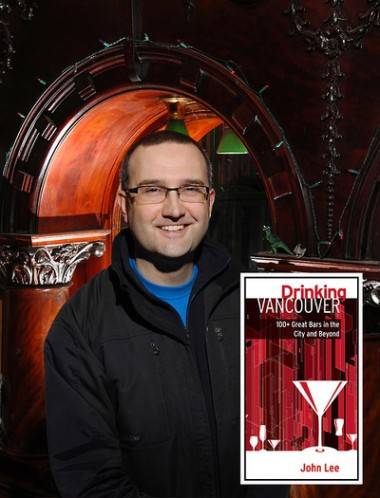 Already, since Drinking Vancouver was published a couple of months ago, a few new places have emerged that I suspect he might have included (the Keefer Bar), and others will have changed their menus, or even closed their doors. He resolves this issue by offering two websites (www.drinkingvancouver.com and www.VancouverBarGuy.com) that include updated information and forums for readers to add their two cents. It makes me wonder how relevant a published bar guide for any city is in the first place.

There are reams of websites on the Internet discussing food and drink culture and they all have the advantage of up-to-the-moment reporting as well as mostly free content. Surely the book publishing industry is too plodding and costly an industry for this type of guide (Drinking Vancouver retails at $19.95 and doesn’t include a single photograph, save of the author, between its covers). Vancouver Magazine issues its “Eating & Drinking Guide” annually,Â  charges only half the price, is more comprehensive in its coverage and includes color photographs as well as a price guide (something Lee decided not to include, perhaps because by the time his book was due to be published inflation would have made it a moot point); and even that magazine has its limitations.

As I am reading Drinking Vancouver, a curious onlooker uses the opportunity to “sell” me on his new website, backbar.ca. He hands me a fridge magnet and a map neatly folded into the size of a business card (this I can fit into the pocket of even my skinny jeans). The map covers eight neighborhoods with corresponding bar picks and even includes a few options for “titty bars,” as well as “brekkie spots”. The website includes video footage of the bars (who reads anymore anyway?). I realize with a pang, that I like to read.

There is something intimate about reading a book. And, after finishing Lee’s Drinking Vancouver, despite the fact that I disagree with some of his choices and am even more miffed by some of his omissions (he didn’t include Lolita in his choice of West End bars, or Havana and the Libra Room on Commercial Drive), I feel like I know him a little, like he’s suddenly one of my drinking pals (even though I prefer wine to his beer). There is something reassuring to me about the firm pages of a book, and the quiet reflection often inspired by its content.

One response to “Drinking Vancouver”