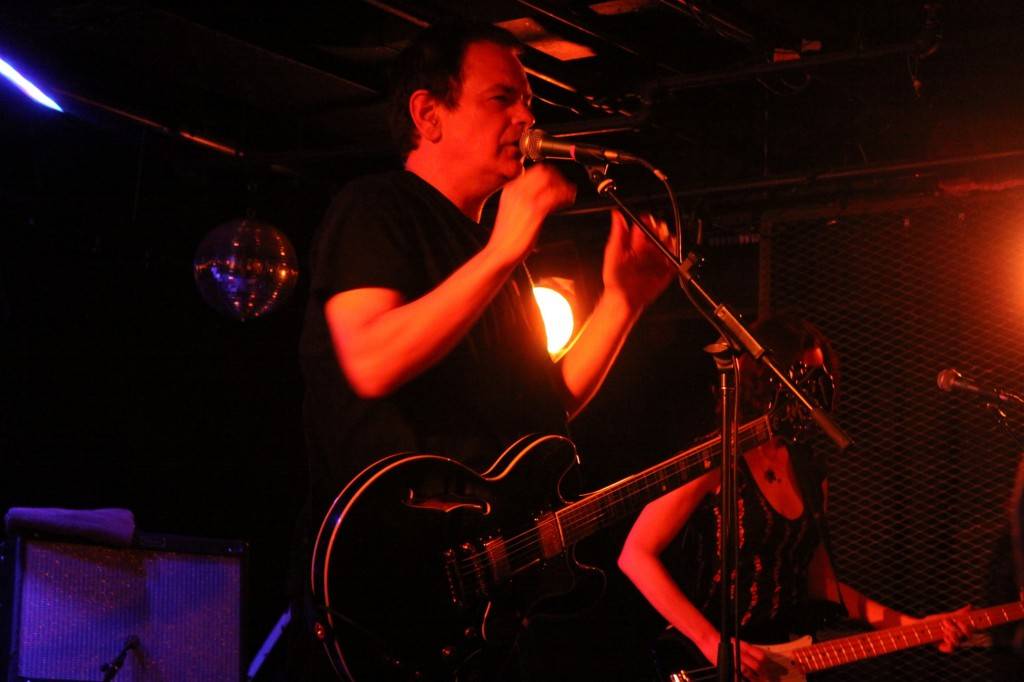 Review and photos – The Wedding Present at the Biltmore Cabaret, Vancouver, April 20 2010

There was something kind of sad about the last time I saw the Wedding Present. The show was at the Red Room, not Vancouver’s finest live venue (unless you like slushy drinks – the bar actually has slush machines), and the room seemed less than half-full. The long-running UK guitar band, which released a handful of classic albums in the ’80s and early ’90s, seemed to be coasting on past glories, even though recent albums showed lead singer/songwriter David Gedge‘s pop flame was still burning. Up the street, the Wonderstuff was playing; it seemed like the last gasp of the British invasion circa 1989, so much so that I almost passed on the chance to see the Wedding Present this time out.

Maybe it was the change of venue, or maybe the resilient group’s decision to play the entirety of its 1989 Bizarro album on this tour. Whatever the reasons, the Wedding Present’s April 20 Biltmore show was tremendously exciting. I’d forgotten what a great record Bizarro is – songs like “Kennedy”, “No”, “Be Honest”, “Brassneck”, “Take Me” and “Bewitched” are classics of their era and, really, any era. Gedge’s deadpan gruffness and twisty emotional delivery, his way with a perfect pop-song phrase (both “No” and “Be Honest” hinge on rather brilliant lyrical hooks; “If it didn’t mean that much/Why didn’t you just say no?” and “If we’re really really going to be honest/We might as well be brief”, respectively), and that driving Wedding Present guitar sound (never better utilized than on “Bewitched”, where the guitars get softer and softer for what seems like forever before coming back in, louder than ever, and the grand freak-out “Take Me!”) were at their peak.

The Wedding Present circa 2010 (Gedge, bassist Terry de Castro, and a couple of young bucks, Graeme Ramsay and Charlie Layton on guitar and drums) treated an almost-full room to a handful of newer tracks before diving into Bizarro, and it was all over for this fan at that point – from my cat-bird seat at the side of the stage, with a perfect view and room to dance, I couldn’t stay still for the next 40 minutes.

This was a show that was pure pop bliss, one that reminded me of why I continue to still go to see live music; hopefully I’ll never be blase about the Wedding Present again. This is a band not to be taken for granted.