Well all of you women who bothered to go to school and get a job so you could wearily work your way through life probably didn’t realize that in the twenty-teens careers would be all about boring investment banking and being a celebrity mistress. Which for the oldies amongst us brings to mind a certain Eddie Murphy “Velvet Jones” SNL skit, but never mind!

So. What are our favorite new role models up to these days? We’re talking mistresses, not bankers, of course. Fortunately, mistresses everywhere are doing things together, making it easier to keep tabs on all the fascinating things they are accomplishing. 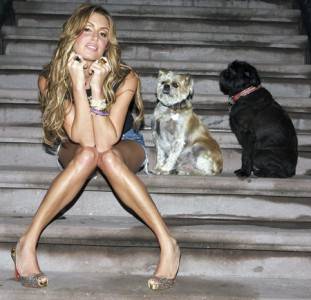 That creepy John Edwards mistress, Rielle Hunter, after posing for disturbing semi-nude, rolling-around-on-a-bed-with-her-two-year-old-lovechild photos [does Nancy Grace know about this? – ed.], is now going on Oprah. Presumably she’ll continue to explain why there was no stopping her passionate pursuit of her politician target, not even his terminally cancerous wife. Maybe she’ll discuss the yucky sex tape they made while she was pregnant, and that she left with Edwards’ aide, which got them into trouble – who knows? 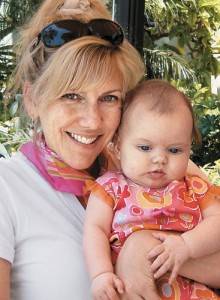 Going on down the line, Hailey Glassman, Jon Gosselin’s chippie, for whom he left Kate, is refereeing a boxing match with Bombshell McGee, Jesse James’ “mistake”. As a Jewish person, she is not cool with all the swastikas tattooed all over Bombshell’s body. 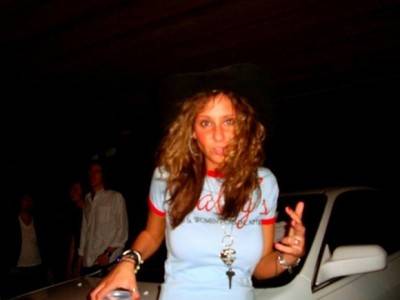 So there you go. We’ll be taking applications for the Guttersnipe School of Celebrity Mistressing soon, with evening classes starting this fall. Campus is located inside the Roxy Nightclub. See you there!