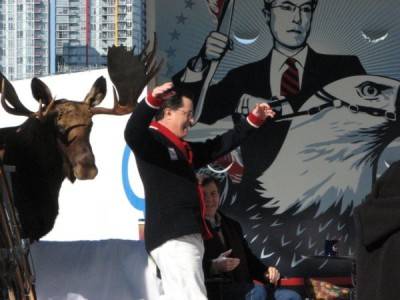 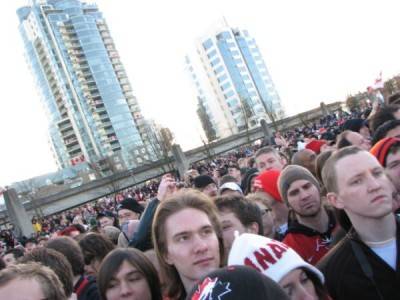 Vancouver native Michael BublÃ© was the first guest, and before the interview even started the crowd chanted “Sing, sing!” to which he responded, “Pay my ass!” He then called us a bunch of “chant whores,” which was fair as spontaneous chanting (“Ca-na-da!”) accompanied by random fits of “WOO!” does seem to be another one of our unofficial sports. The two then sang a very wonky rendition of “Oh, Canada” to the tune of “The Star Spangled Banner.” 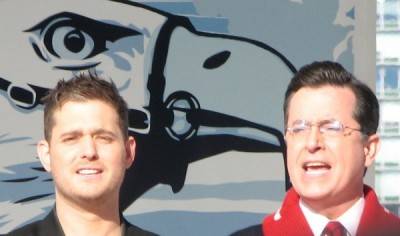 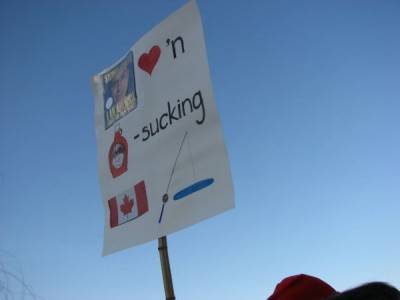 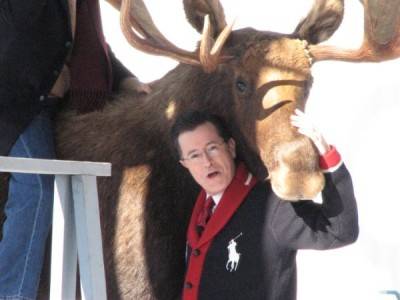