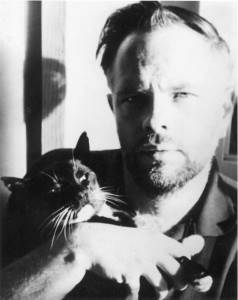 The famed author visited Vancouver briefly in the 1970s and, while here, he struck up a friendship with photographer Bev Davies. From a Philip K. Dick bio: “There, he gave his famous lecture, The Android and the Human… first at the University of British Columbia and a day or two later at his Guest of Hoor speech at the second annual Vancouver science fiction convention.” Davies would later make a name for herself documenting the Vancouver punk scene (she recently released a 2010 calendar of D.O.A. photos) while Dick has become, posthumously at least, one of the most revered SF authors of his time.

We asked Phil K. fan Adrian Mack to put the letter into perspective.

On some twilight level that she probably doesn’t think or even know about, Bev Davies is a wizard. She’s a walking data conjunction point; a human reference node through which the currents of the West Coast undergroud naturally seem to flow. And now it turns out she was friends with Phil Dick.

His letter to her is classic Dick, if you’ll excuse the hyperbole, in its warmth and candour about a complicated and always-failing private life.

There areÂ other hints of inimitable Dickian thinking, like this line: “Well, it seems clear to me that she will never come into genuine existence until she develops a relationship with someone that does not begin at six p.m. and ends at eleven p.m. The relationship, that is, not the person.”Â (my emphasis)

I wish I had my books handy (everything is in storage). A Scanner Darkly was drawn from Philip K. Dick‘s experiences as a drug fiend, which ended with his prolonged and drama-filled visit to Vancouver in ’72. When I moved here in 1990, the Hotel California on Granville and Davie looked and felt like a time machine into that world. I would explicitly think of Phil Dick whenever I walked past it. At night, of course, the sky would be “the colour of television tuned to a dead channel”, and I would think about William Gibson. Vancouver has some really heavy sci-fi mojo!

Vancouver turns up in Dick’s two most important books, VALIS and The Divine Invasion. I’d love to know what Bev Davies makes of the border experiences that inspired those books, when the pink phosphene glow would seize Dick and fill his head with visions. Many came true. Dick would likely be horrified by our group plunge into the kind of pathological simulacra fantasies that he predicted, while the lockdown fascist security culture he feared has also come to pass. Just today, this article discusses the possibility of ‘mind reading’ tech in airports. Hi, Phil! 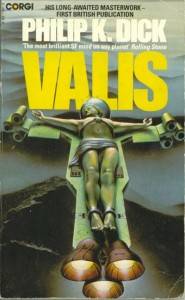 On a more specific level, the Vast Active Living Intelligence System that was beaming information into Dick’s brain accurately predicted that his son was suffering from a potentially life-threatening inguinal hernia. Persuaded to examine an apparently healthy child, doctors discovered to their amazement that Dick’s information was correct, and the kid was saved.

But Dick’s life was being invaded by more mundane forces, too – the Feds were breaking into his home, and stealing his papers. I submit that the author was inducted into an experiment, and that he was a plaything of the professional mindfuckers that surrounded him in California at the time. His story parallels Jack Sarfatti, the physicist who received prophetic phone calls from a sentient computer from the future when he was 13 (until his mom told it to stop!), and Uri Geller, who believed he was in contact with another orbiting super-computer called SPECTRA. Philip K. Dick‘s California is the same fringe CaliforniaÂ of the Esalan and Himalayan Institutes, where deep head games were sold as self-actualization. I think the results were carefully monitored, although I don’t ask anybody else to share my belief.

I don’t think Phil Dick was nuts, which is the explanation that is usually forwarded for the puzzling last years of his life, by those who prefer to ignore that the time and place put Dick smack dab in the middle of some very spooky shit. But I didn’t know him. Bev? 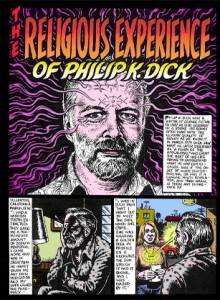