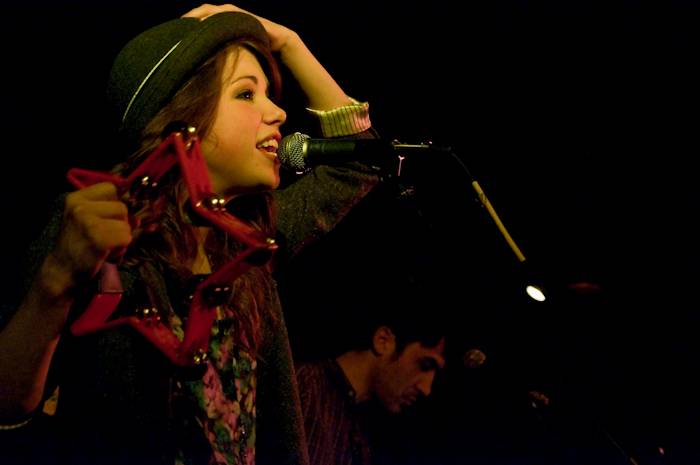 Carly Rae JepsenÂ at the Media Club in Vancouver.

Raised inÂ Mission, B.C., the 24-year-old relocated to Vancouver after going to school in Victoria.

She placed third in Canadian Idol‘s fifth seasonÂ competition in 2007, and was a part of theÂ Canadian IdolÂ Top 3 concert tour.Â Shortly after Canadian Idol, in 2008, sheÂ released her debut album,Â Tug of War.

Ryan Stewart produced the album, which includes the song “Sweet Talker”.Â The title track “Tug of War” was released the same month as the album and received radio airplay in Canada, followed by the singles “Bucket” and “Sour Candy”, a duet with Josh Ramsay of Marianas Trench. The former two singles reached the top 40 on the Canadian Hot 100 chart.