In the spirit of the local artisan scene that is emerging in the city, the Toast Collective plays host to GAZE, a group exhibition featuring the collected works of artists Tawny Darbyshire, Rachel Bedet, and Jason Statler.

More than just a gallery exhibit, GAZE is also about mingling in a friendly, accessibly comfortable environment. Tunes courtesy of MP, from CiTR’s Shadow Jugglers, along with tasty beverages, will be provided.

In speaking with photographer Jason Statler, we discussed the need for some artists to display their works and engage with others in the process, as opposed to those who may keep their talents confined to the walls of their homes. Statler prefers the chance to celebrate what people have in them and how they choose to express it – as well as the opportunity to throw a good party.

Photographer Rachel Bedet agrees: “For me there is really no point to creating art if it isn’t going to be seen. Exhibiting work gives the piece a chance to interact with people and this allows the piece to live… if only for a short period of time.” Statler shares the sentiment, though he is willing to add that “selling is a bonus.”

All three artists create original work in a variety of analog mediums and offer their pieces for sale at a reasonable cost. “People need real art, not shit from IKEA,” said Statler. This organic approach to consumerism has spread beyond just food, as people start to take into consideration the plethora of items – from soaps to clothing to home dÃ©cor – that they purchase and ultimately surround themselves with. 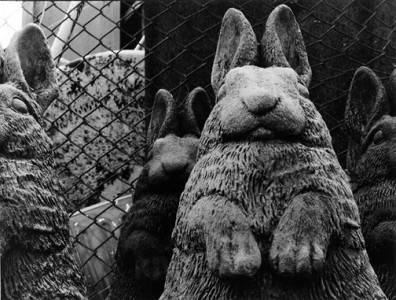 The growing movement away from mass-produced goods towards something else includes items created by those whose ambitions are less entrepreneurial and more organic in nature: all three of the artists showcasing at GAZE have day jobs but are still open to capitalize on their creative gifts. For those who wish to share their skills and talents, self-expression can happily exist as more than just a hobby, but less than a full-time career.

Working in acrylic, Darbyshire’s work is unusual in that she has chosen the male figure as the subject of her work, which typically receives less attention than the female form. Bedet’s playful yet serious series effectively animate the inanimate by touching on themes such as abandonment, faith, and isolation.Â Says Bedet, “My aim is to entertain, yet my hope is to induce a little reflection since I noticed that these photographic images echoed my humanity back at me the longer I interacted with them.” 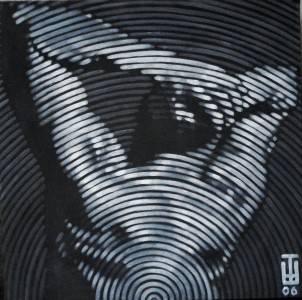 Statler’s photographs were taken in a well-known, abandoned building in Vancouver. Several covert missions were required to obtain the images, which he feels reveal a haunting, eerie, structural beauty born from the absence of human activity.

Participating in an exhibition like GAZE provide the public to engage with others in an inspiring way – and given the current, dismal state of Vancouver’s weather, it’s important to make concerted efforts to get off the couch and out of the house to counter the surrounding greyness. By celebrating the talents and the potential of those around us, we allow ourselves to open up to the possibility of the same within ourselves.

One response to “The Toast Collective”