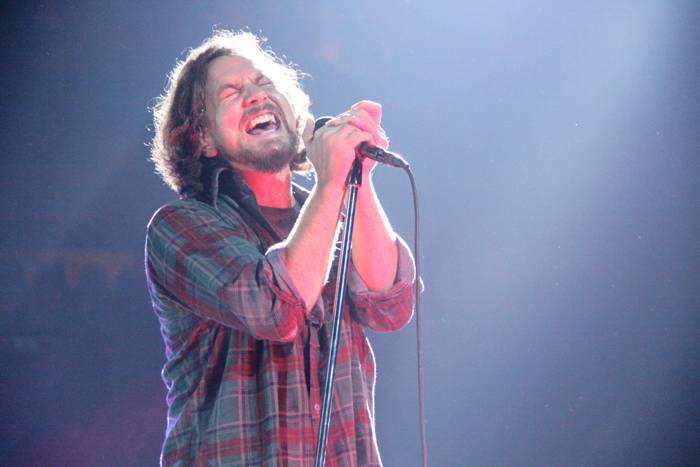 For this reviewer, Pearl Jam is like someone you’ve been kind of attracted to for a long time but, for whatever reason, it just hasn’t happened. And if it hasn’t by now, it’s not going to.

Last night’s Vancouver show, which Eddie Vedder said felt like “the real first night of the tour” (Pearl Jam played its Seattle hometown a few days before), was another date that led to a chaste goodnight kiss. Yes, the band rocked it, yes it pulled out all the stops – reaching back to its debut for “Alive”, playing two encores, facing the crowd behind the stage for a song, bringing out opener Ben Harper for another, playing even after the houselights had come on and the GM Place staff was wishing everyone would just go the fuck home so they could get on with their lives.

But, with a terrible sound mix that left everything behind Vedder’s all-powerful voice a muddy mess, it was not a show that was going to lead to that “you’re the one for me, at least for now” moment.

Now, before Pearl Jam fans get all bent out of shape, it was a great show in a lot of ways, as rousing anthem gave way to rousing anthem. This is as arena-savvy as a band can be, and Vedder, along with Mike McCready, Stone Gossard, Jeff Ament, and Matt Cameron (and, sitting in on keyboards, Boom Gaspar) know how to keep the audience energy high, from the front rows to the cheap seats. It’s not only in the way the setlist peaks and valleys, but also in how Vedder acknowledged Vancouver’s beloved hockey team, the Canucks, as well as Canadian hero and cancer victim Terry Fox (apparently, the band is donating $20,000 from the show towards the Terry Fox Foundation). 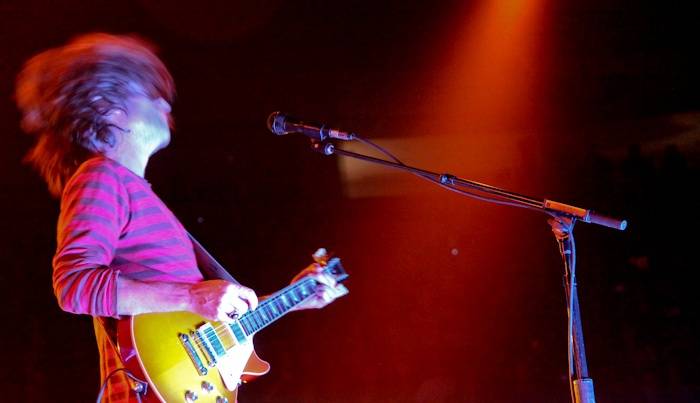 Flying the flannel as though it was still 1992, Vedder is still the most casually, just-off-the-surfboard charismatic man in rock, and he was in fighting form. One of the most thrilling moments of the night was when he hit the first big dramatic moment in “Love Reign O’er Me”, the old Who song saved for the encore.

The song selection kept most of GM Place on its feet, with Pearl Jam fans waving their arms in the air and singing along for two hours – though never as spine-chillingly as on “Better Man”. Other notables included “The Fixer”, the first single of the new Backspacer album; a rather brilliant “Given to Fly” (still love that song!); the do-you-remember-the-’90s-yes-I-do “Even Flow”; “Last Kiss” (the encore song played for the behind-the-stage fans), “Life Wasted”; and, to end the set, a roaring version of “Rearviewmirror”.

For the majority of people at GM Place, the whole Pearl Jam show was a massive communal freak-out. The band too seems reinvigorated by Backspacer, its first in three years, and the group shows no sign of losing any of its ferocity or passion. Kinda makes me wish I’d made a move early on, but what can you do.

In My Tree, Save You, The Fixer, Severed Hand, Johnny Guitar, Given To Fly, MFC, Even Flow, Amongst The Waves, Sad, Unthought Known, Light Years, Elderly Woman Behind The Counter In A Small Town, Grievance, No Way, Got Some, Rearviewmirror

1st encore: I Got Shit, Love, Reign O’er Me, Breath, State Of Love And Trust, Alive