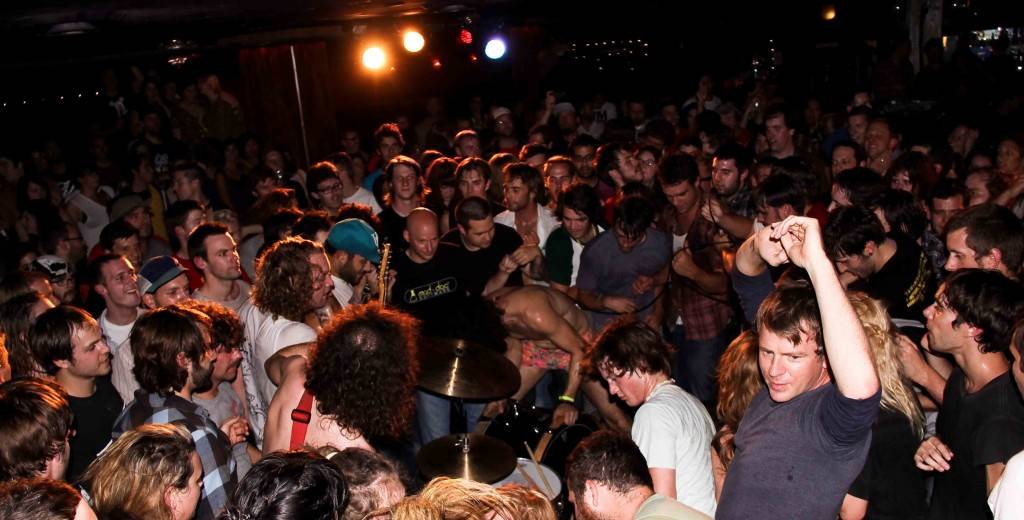 This wasn’t going to happen at, or outside, the Biltmore, which is situated near a bunch of condos on the East Side of Vancouver, original city of NIMBYs. In fact, I wouldn’t be surprised if the term (Not-In-My-Backyard) originated here, the spawning place of Greenpeace. (It’s not all the neighbours’ fault–a triple band bill on a Monday night meant the Monotonix didn’t go on ’til near midnight, and who wants a bunch of rowdy half-naked rawkers running around outside after midnight on a Monday?)