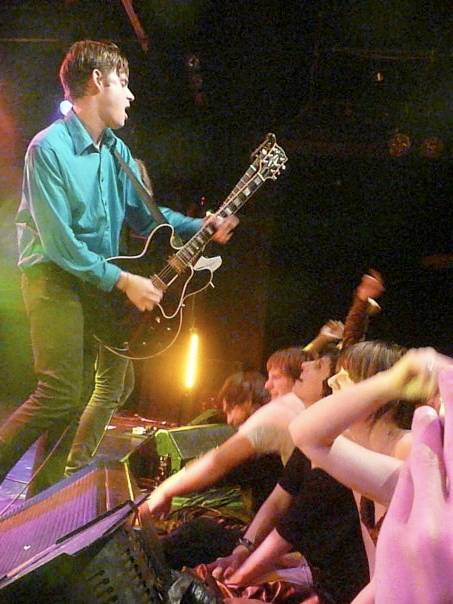 The Stills at The Commodore Ballroom, May 8 2009. Amanda Hutchison photo.

Review – The Stills at the Commodore Ballroom, Vancouver May 8 2009

Something tells me that 2009 will be the year for Montreal’s The Stills. With the release of their album Oceans Will Rise last summer, the Montreal band’s own popularity has been on the rise, particularly in Vancouver. There was nothing but positive energy in the crowd that Friday night at the Commodore.

Opening act Gentleman Reg graciously warmed up the audience with his four-piece band (which included a female keyboardist and drummer – who where cheered for eagerly by the crowd). Saying the drive from Toronto was a long one, and they all had a case of cabin fever, the band appreciated the space apart on stage and got the crowd clapping the third song in. “Vancouver is crazy!”, Gentleman Reg stated, as he wrapped up another one of his catchy melodies.

Comparable to acts such as The Smiths, and even indie-folk guru Sufjan Stevens, the white-blonde, cherubic Reg strummed out his own version of mature, fast-paced alt-rock. For the final song, he put down his black Epiphone guitar and traded it for a red tambourine. It was an impressive performance, especially because it was the band’s first on its current cross-country tour. 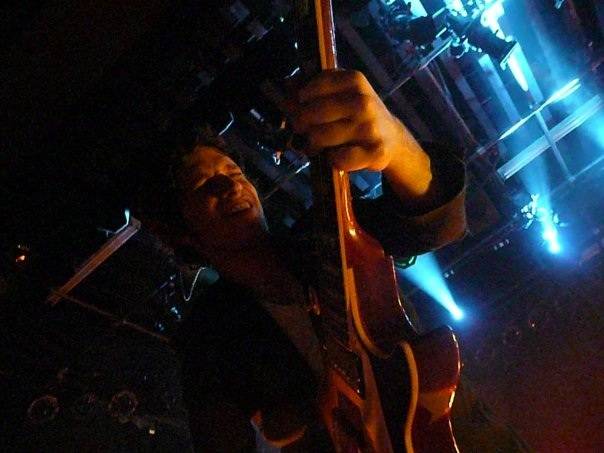 The Stills at The Commodore Ballroom, May 8 2009. Amanda Hutchison photo

Being a gigantic fan of The Stills, I was ecstatic when the canned music faded, the lights dimmed, and all that could be seen were the orange strips of light that the band attached to their microphone stands and drum set. After about a minute of stage music that I couldn’t make heads or tails out of, because the crowd was so loud, the band casually walked on stage and burst into “Snakecharming the Masses” – one of my favorite songs with intense drumming and a 6/8 time signature, featuring guitarist Dave Hamelin pounding on a spare tom.

After years of being a supporting act for big names like Sam Roberts and Kings of Leon, The Stills seemed pleased to finally to be headlining a tour of their very own. Drummer Julian Blais was all smiles as he purged out complicated rhythms for songs like “Don’t Talk Down”, and guitarist Tim Fletcher let out his inner rock-star ego by thrusting his guitar right in front of my face at least five times (which I am not going to complain about). Among the highlights were the gorgeous, sprawling “Helicopters”, which was followed by a history-making “Everything I Build” – the first time The Stills had ever played it live. It’s a song that means a lot to my friend and I, and even though we were separated in the crowd, I stretched out to shake his shoulder in excitement.

The band pulled off a spectacular version of “Being Here”, one of its biggest singles, and took a short break before returning for an encore ofÂ  two songs from their 2003 album Logic Will Break Your Heart. The Stills finished with “She’s Walking Out”, from their 2006 album Without Feathers, sung beautifully by Hamelin. I left the show buzzing, slightly deaf, and dazed, only wishing that I had some sort of time portal so I could relive the show once more. I can’t wait until they return to Vancouver. And after that performance, I’m certainly not the only one.