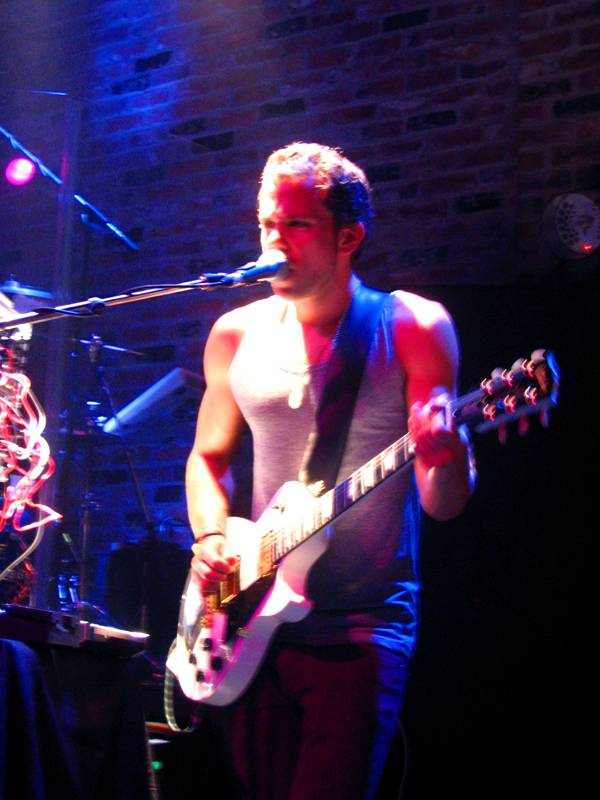 Everything old is new again, and the decade everyone seemed eager to leave behind is the one that has returned full force. Retired bands are crawling out of the woodwork, eager to capitalize on sudden renewed interest in the ’80s; clothes and toys we were sure we’d never see again are filling the shelves, and it seems that on an almost weekly basis, the newest movie releases are either remakes of or sequels to films that were big over 30 years ago.

The reason for this can perhaps be credited to greed: if it made a lot of money back then, it surely will this time around too, right? But not everything can be traced back to a compulsive need to bleed the public dry. Instead, it seems as though we’ve become a society that is hopelessly overcome with nostalgia. Everything that reminds us of our childhood has been welcomed back into our lives with open arms.

Proof of this could be seen at the M83 show Monday night. M83’s new album, Saturdays = Youth drips with ambiance and vocals recalling ’80s stalwarts Kate Bush, the Cocteau Twins, Tears for Fears and Depeche Mode (with whom M83 will tour in June). And yet, though M83 main man Anthony Gonzalez‘ new songs incorporate familiar musical tropes – Saturdays = Youth includes his first-fledged pop song, the indie hit “Kim and Jessie” – they also bring a new, modern quality to an otherwise exhausted genre.

British singer/songwriter James Yuill opened the evening for a crowd that seemed to shop exclusively at American Apparel. Situated behind a DJ table for the majority of his set, the lanky blond manned a mixing deck, laptop and acoustic guitar. Completely immersed in the buttons and levers, he resembled a mad scientist as he jumped from one gadget to the next to create and combine random noises, beats and scratches. Add to that a bit of witty banter – he told a story about finding the tie he was wearing for only five bucks – and the one-Yuill band turned what is essentially a DIY home studio project into a pretty entertaining live show. 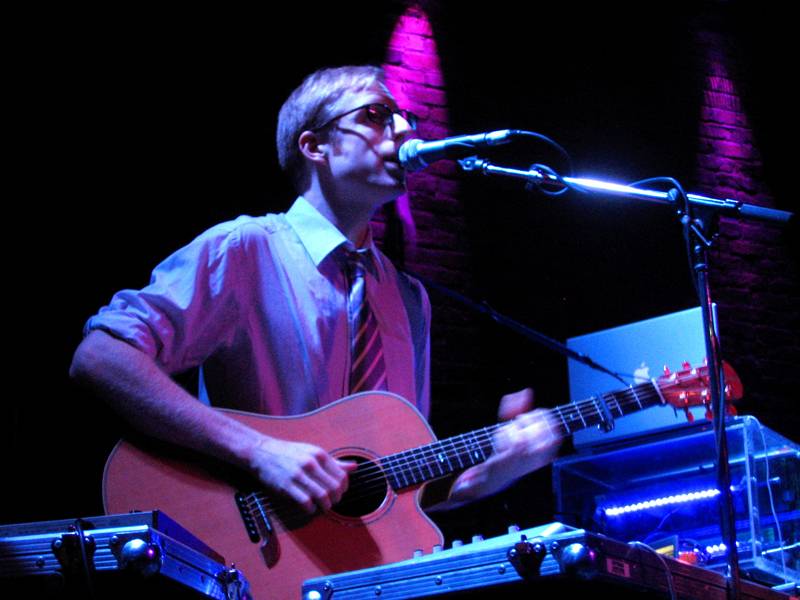 James Yuill at Richard’s on Richards, May 25 2009. Jon Affolter photo

For the M83 set, Gonzalez unobtrusively took to the stage and opened with a ten-to-15 minute intro of ambient and electronic noise. The crowd, slow to realize there was suddenly a presence on stage, began to randomly chirp and cheer as he bobbed over a stack of keyboards and computer equipment like a glass Drinking Bird. Soon after, keyboardist/vocalist Morgan Kibby, whose sweet, airy vocals grace many of the standout tracks on Saturdays = Youth (and whose regular gig is with an LA band called The Romanovs) and a drummer joined Gonzalez onstage.

Because his laptop and electronic gadgetry was set up to the side of the stage, the French (he’s from Antibes) frontman was often turned away from the crowd. But during the more rock-infused numbers, he strapped on a white electric guitar and jumped onto and gyrated around the speakers. The rock-inspired songs triggered the formation of a mini mosh pit as well as a couple of flashing attempts from a girl sitting on her boyfriend’s shoulders, while the more ’80s-ish tunes inspired some to break out into variations on the Robot.

The audience was full of devotees, most of whom knew what track was coming after hearing only the opening notes, and each tune was met with loud cheers and fist-pumping action. When he came out for the encore Gonzalez assured us that Vancouver was one of the band’s favourite places to play and that he and his bandmates were happy to be there (a usually clichÃ©d line that seemed heartfelt last night). In response, Kibby hopped up on the speakers and danced while the last songs got underway. 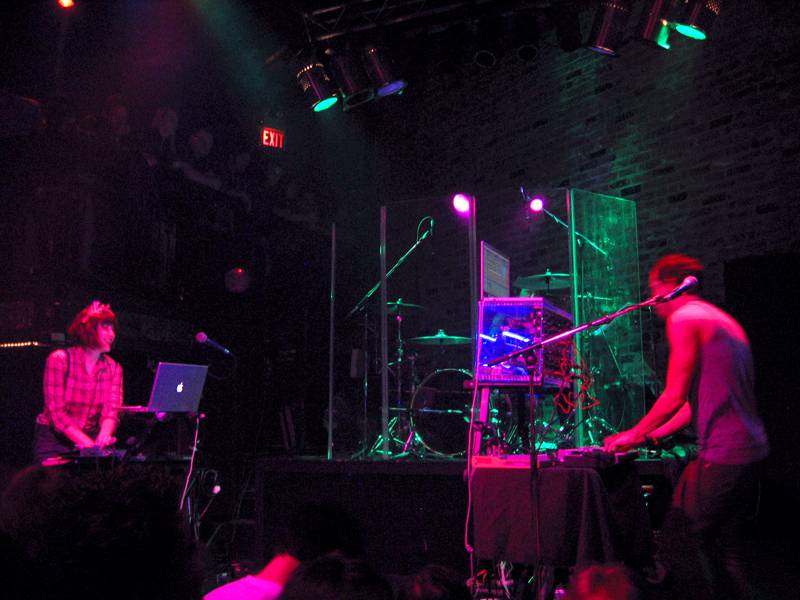