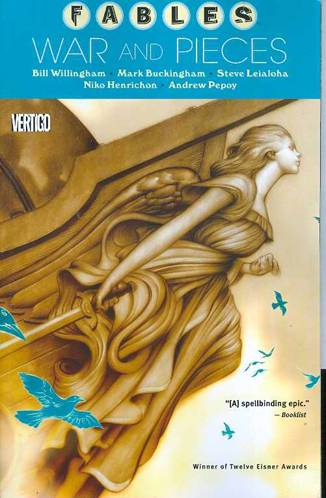 When you start reading graphic novels, every nerd you’ve ever breathed near comes out of their basement with recommendations. One title I kept hearing about was Fables (Vertigo).

For the uninitiated, the epic series sets the characters of fairy tales, nursery rhymes and popular stories (i.e.: fables) in modern-day New York, to which they’ve been exiled after being ousted from their world – the Homelands – by a mysterious force called the Adversary.

A highly consumable (at least, when compared to the literary heft of Alan Moore’s stuff) and entertaining series, Fables details life in the new land: love, deceit, government dealings and power struggles – the real-life machinations of people, only these are the characters of myth. At the heart of Fabletown’s elite are Snow White, here a strong-willed and savvy city official turned mother of seven (yes), her beau Bigby (as in Big Bad) Wolf, half gruff detective, half, well, wolf, and Boy Blue, whose heroics are of a more silent and stealthy variety – he’s the closest thing to a caped crusader that Fables has got. 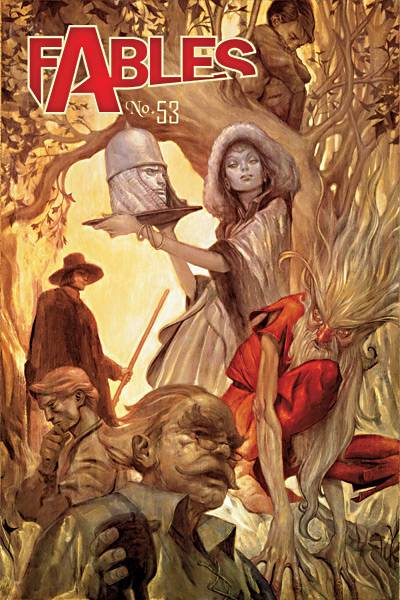 Many in the cast are obvious but writer Bill Willingham takes the characters to their logical, modern-day conclusion – like the womanizing Prince Charming, the trickster Jack (of Beanstalk fame) and the shoe seller/spy Cinderella. Each gets his or her moment in the sun, the meanderings of which often provide the series’ highlights. Oh, and they’re immortal (mostly – mythos equals manna points here. So, Snow White is more durable than her sister Briar Rose. Who? Exactly).

It doesn’t hurt the series that James Jean’s lauded cover art does much of the heavy lifting in terms of compelling us in to the universe, either (some guest artists brought in throughout the series to re-imagine certain issues, however, don’t get it quite right, but the open source idea is a cool one). 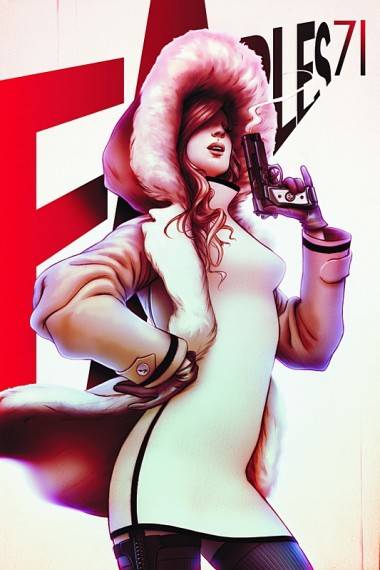 Throughout the first 11 books, creator Willingham – here an Eisner winner, along with his team, a few times over – delves into Fabletown, its inhabitants and the eventual plans to return to the Homeland to fight the Adversary. Essentially, Willingham paints the Fables as refugees, though they’re rich (centuries of life will do that; see also: vampires) and well adapted to their new home. Every book points to the fact that eventually, for honour and justice, if nothing else, the Fables have to get back to the Homelands.

That’s why the war is so disappointing.

Think of the movie Titanic. The love story, the period details, the characters (oh, that Molly Brown! What a dame!). Still, you know the boat’s going to sink. You’re waiting to see how that happens. What decisions are made. Now imagine that instead of seeing the ship sink, we just see that fucking iceberg and then the ripples on the water as the last bit of metal goes under. Disappointment? On an epic scale? Yes.

The weight given to getting back to the Homelands throughout the series is immense – in every one of the preceding 11 tomes, the concept of return home – a theme common within fables and fairy tales themselves – is touched on or, later in the series, strategized towards explicitly. Also given much ink is the power of the Adversary, who is painted (until his true identity is revealed) as an incomprehensibly powerful force, nearly impossible to destroy.

In “War and Pieces”, which is a scant three chapters long, the actual battle is given too few details. Our heroes are granted a bunch of tidy escapes (a deadly arrow merely pierces the shirt of a main character, stunning him instead of killing him). The Adversary and his forces are taken down cleanly. Snow White, heretofore a formidable strategist, pops in for a few panels to show her skills before being whisked away to her babies. Save a few deaths of minor characters, no one of consequence is even mortally wounded (Prince Charming, perhaps, but lemme see a body first). The war is dispatched with such a cavalier air as to make it seem like Willingham got bored and ended the damn thing quickly as possible.

Why waste our time? It kind of makes me think that the damned Fables could have gotten home sooner. No war is that clean, nor should it be – especially not one that threatens to destroy the stories, in all of their innocence and beauty, that hold together our universe. 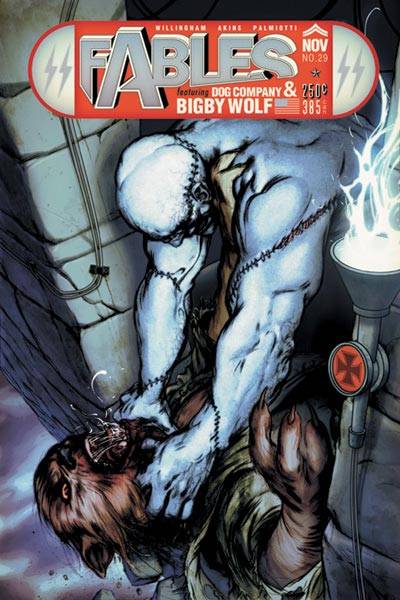