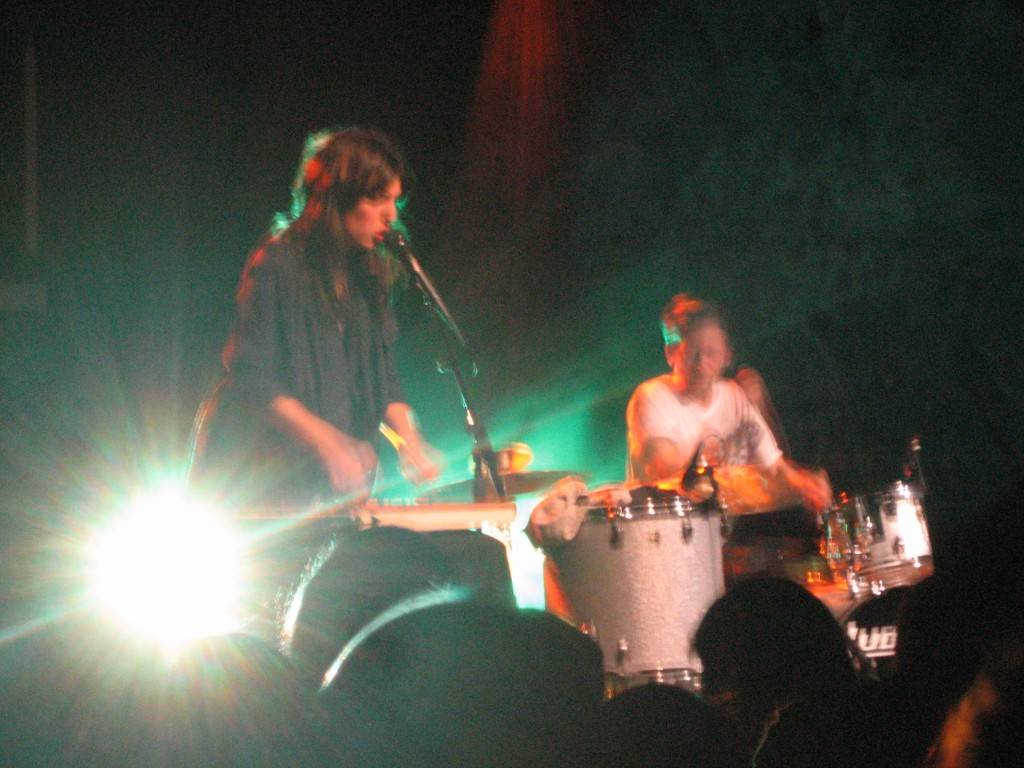 For her sold-out third Vancouver appearance in a year, Lykke Li came out looking like she’d just come from Stevie Nicks’ yard sale, and threw herself into each song with demonic force. (In some light, and with her long Swedish blonde locks partially hiding her face and dark eye makeup doing the rest, Li sometimes resembled a blonder Ozzy Osbourne, but without the Aleister-Crowley-auction-sale rings.)

For a 22-year-old with a little-girl-asking-for-ice-cream voice, Li was surprisingly unwaiflike, and each song from her debut Youth Novels was reworked, with her three-piece band, for maximum impact onstage. She opened the set by stripping down “Dance Dance Dance” before building it to a symphonic roar; “Little Bit” and the funky robot disco of “Complaint Department” rocked.

Towards the end,Â  and after a Kings of Leon cover (“Knocked Up”, if Internet sources are correct), she pulled out a megaphone for “Breaking It Up”, one of a few songs that relied a little too heavily on digital backups. Then again, the tunes where two of her band pounded away on drums made up for the canned bits.

Following “Tonight”, the first encore song, Li told us “I hope you’re leaving satisfied” before “Do, do-do-ing” her way into the “Walk on the Wild Side”-sampling Tribe Called Qwest track “Can I Kick It?” And I would have left satisfied, if a friend who’d been to her previous show at Richard’s hadn’t said it was almost exactly the same, right down to her dress, necklace and swooping arm gestures.

No question about Wildbirds and Peacedrums phoning it in, though; by the end of its opening set this Swedish duo had created a sweat-drenched roar out of Andreas Werliin‘s tribal drumming of Mariam Wallentin‘s raw, soaring vocals that captivated the early birds in attendance. The act’s album Heartcore hints at something special. Live, there was no doubt.