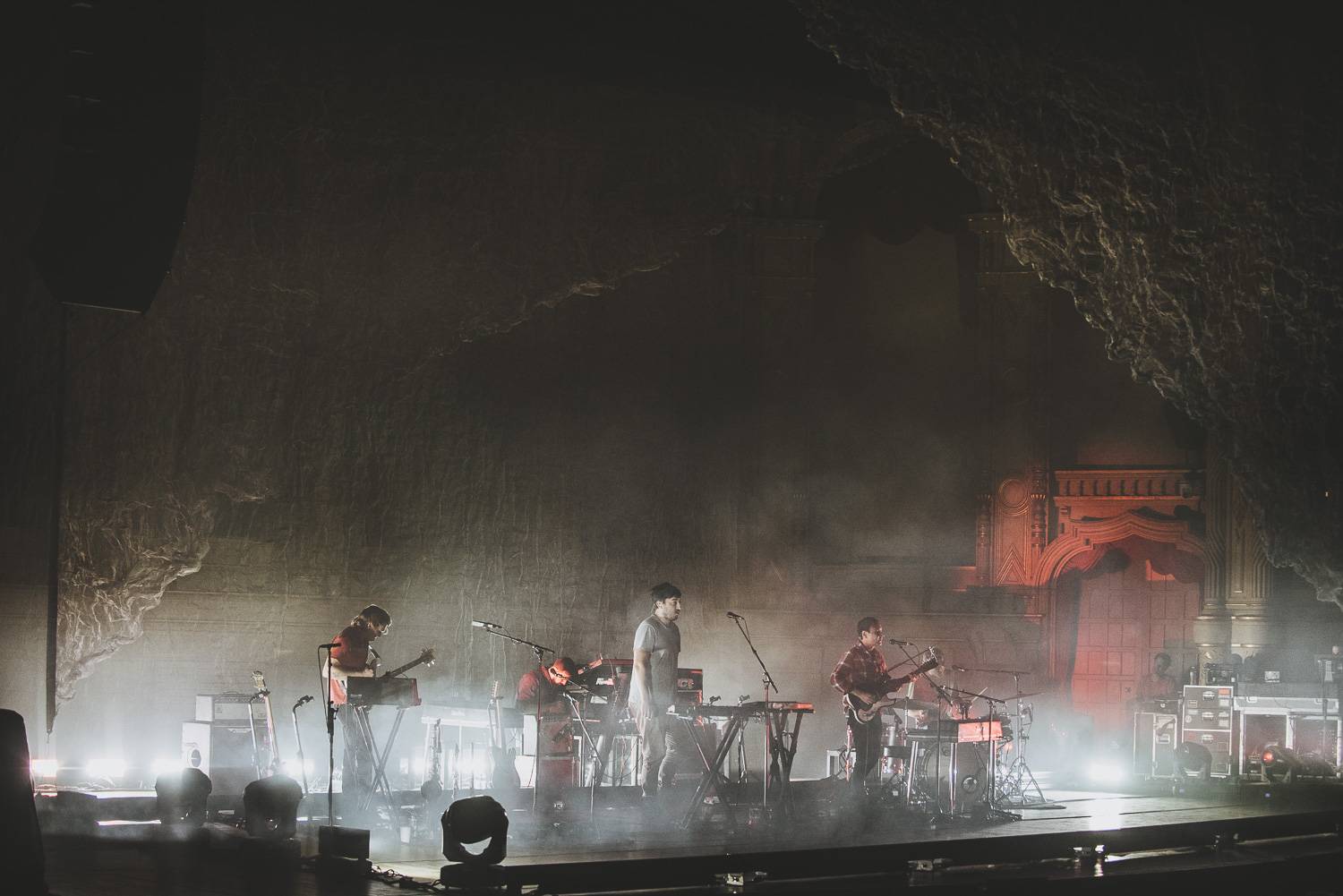 Review and photos–Grizzly Bear at the Orpheum Theatre, Vancouver, Dec 7 2017

A particularly ominous fog cloaked Vancouver on the night of Grizzly Bear’s return to the Pacific Northwest. The band’s set design at the Orpheum mirrored its outside surroundings–a crumpled silk scrim material framed the stage like a heavy mist. But when Illuminated by white and blue stage lights, the stage looked like a limestone cave. The dark opening in the middle is where Grizzly Bear would appear for their audience, after five years of hibernation.

Well, hibernation would be an overstatement. Since the release of their 2012 critically-acclaimed record, Shields, each member of the band–vocalists and co-founders Ed Droste and Daniel Rossen, drummer Chris Bear and bassist Chris Taylor–have been traveling, raising families, working on solo projects and exploring other passions (SPIN reports that Taylor is trying his hand at a culinary career). In between those commitments, they also began the writing process for their latest LP Painted Ruins.

Switching gears, they offered the audience–a few hundred of Vancouver’s horn-rimmed glasses wearing, plaid clad, ultra-hip twenty to thirty-somethings–some higher-energy numbers like the indie-cum-funk “Losing all Sense” (which wins the night for most groovy bass-line) that ends in a shoegaze-leaning eruption of guitars and the ’80s synth-pop reminiscent “Mourning Sound.”

The gut-wrenching tracks “Sleeping Ute” and “Yet Again” from Shields fit in perfectly with the new additions to their repertoire. However, one song in particular stuck out like a sore thumb–their most commercial single, “Two Weeks.” In the context of their evolved, mature compositions that so easily play with liminality and complex sound progressions, the song that put Grizzly Bear on the map felt a little derivative and syrupy. But the band gave their fans the sing-along they wanted and got back on track with more ambitious songs from their history.