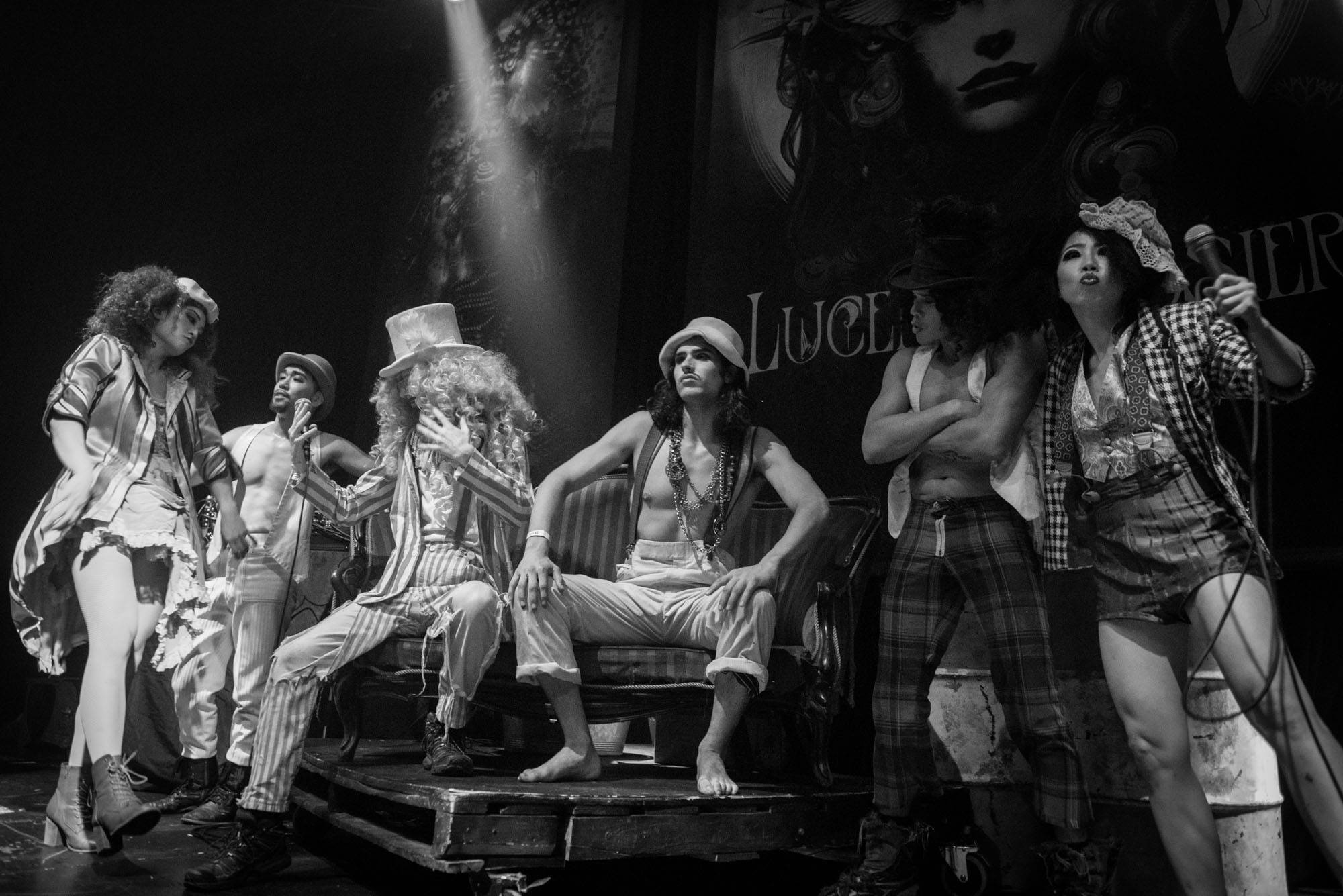 Lucent Dossier Experience at the Imperial Theatre, Vancouver, Thursday Aug 10. The show marked the end of the company’s West Coast tour. The performance was originally scheduled for the Commodore Ballroom.

Writers describe the troupe as a “high-concept, steampunk-meets-neotribal performance ensemble” (Style Section L.A.) and its spectacles as a “post-apocalyptic exotic wonderland” (LA Weekly).

Lucent Dossier formed in the heart of the LA underground art and music scene in 2005. They have performed, toured and/or shared the stage with Black Eyed Peas, Motley Crue, Panic! at the Disco, The Flaming Lips, David Guetta, Christina Aguilera and more.