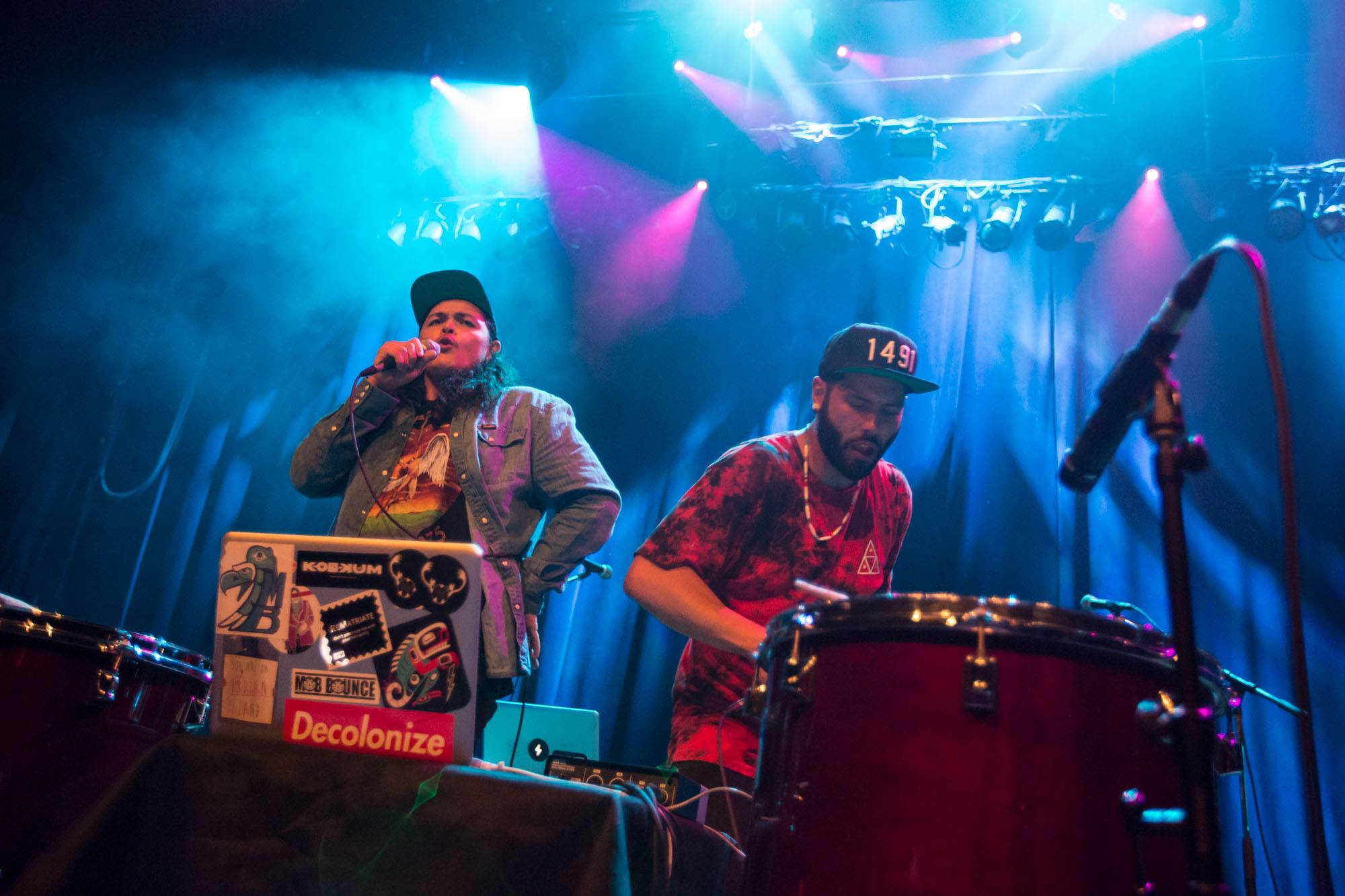 Mob Bounce delivered an uplifting and energetic set last night at the Vogue. They shared the bill with Tiffany Moses, Rip Sidhu and Talvin Singh as part of the closing event of the 7th annual Indian Summer Festival. The duo of Heebz the Earthchild and the Northwest Kid wowed the audience with their stellar rhymes and stage presence. Continuing the long tradition of hiphop as an outlet for minority expression, each song was infused with legends and stories from their First Nations heritage. Native chants, positive vibes and funky percussion were the order of the day, bringing the audience to their feet and smiles to their faces.