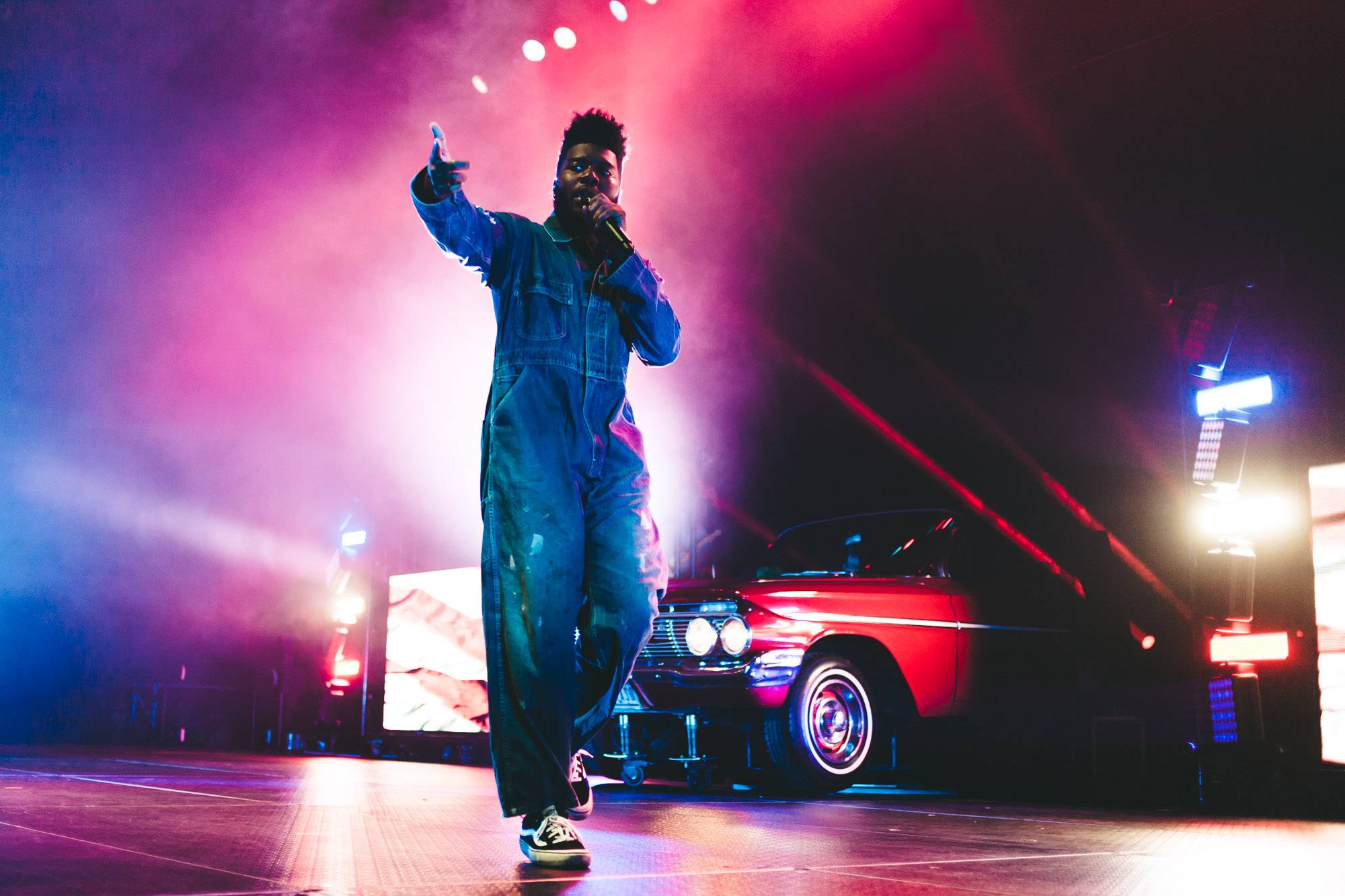 Khalid at the PNE Forum, Vancouver.

The American singer/songwriter was born Khalid Donnel Robinson. In January 2016, Alina Baraz released her single “Electric”, which featured Khalid. He released his debut single, “Location”, in 2016. The song peaked at number 16 on the US Billboard Hot 100 chart. The Recording Industry Association of America (RIAA) later certified it quadruple platinum.