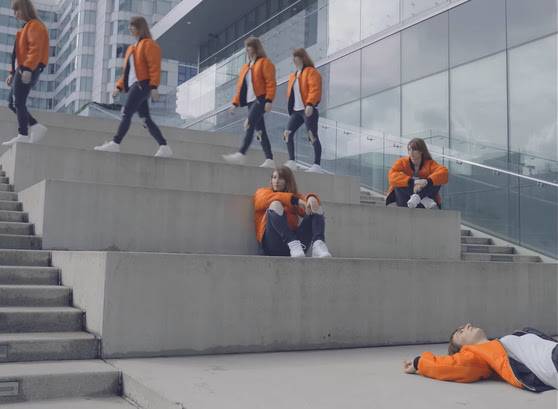 Hannah Georgas has just released theÂ video for her new single “Evelyn”. The track is from Georgas’ most recent album, For Evelyn, produced by Holy Fuck’s Graham Walsh. From the pulsing electrobeat that opens “Evelyn”, it sounds as though the two are going for a sophisticated electro-pop sound like that of Sweden’s Robyn, as on her track “Dancing On My Own“.

Sammy Rawal (The New Pornographers, Metric) directed the video, which is a gorgeous meditation on… multiple selves? Fear? Interpretations best left to the viewer/listener! Rawal and Georgas filmed the vid at Toronto’s TIFF Lightbox, home to the Toronto International Film Festival.

The director is quoted in a press release for the video, saying “I kept envisioning that specific rooftop location of the TIFF Lightbox in my head. I loved how graphic and unconventional it was… perched up on top of the city. I knew it would be a perfect visual balance for the type of performance video I imagined.

“Its minimal design and neutral grey colour would offset the beat-driven edit, dance sequences, and Hannah’s wardrobe perfectly. I really wanted to play with pattern, repetition, looping, and scale with this video. For me, it almost feels like this army of Hannah clones assembling high above the city in the clouds, and marching confidently forward across an urban landscape.”

Georgas released her debut full-length in 2009, and sophomore record This is Good in 2010. She’s toured withÂ Sara BareillesÂ and Kathleen Edwards, among others, and the HBO show Girls has featured her music. Awards and nominationsÂ include four JUNO nods.

Georgas now makes her home in Ontario, where she’s originally from. She attended school at the University in Victoria and, for several years, lived in Vancouver. The singer/songwriterÂ most recently played here in early November. 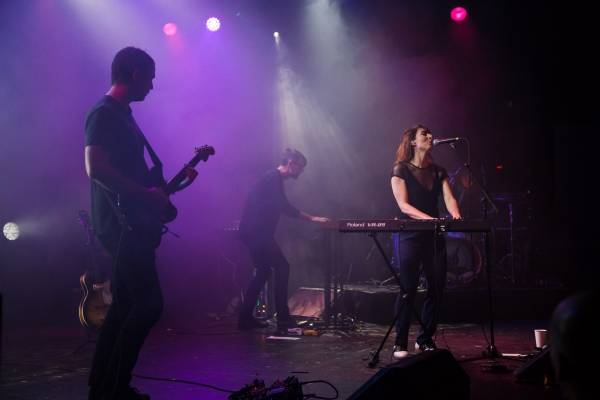