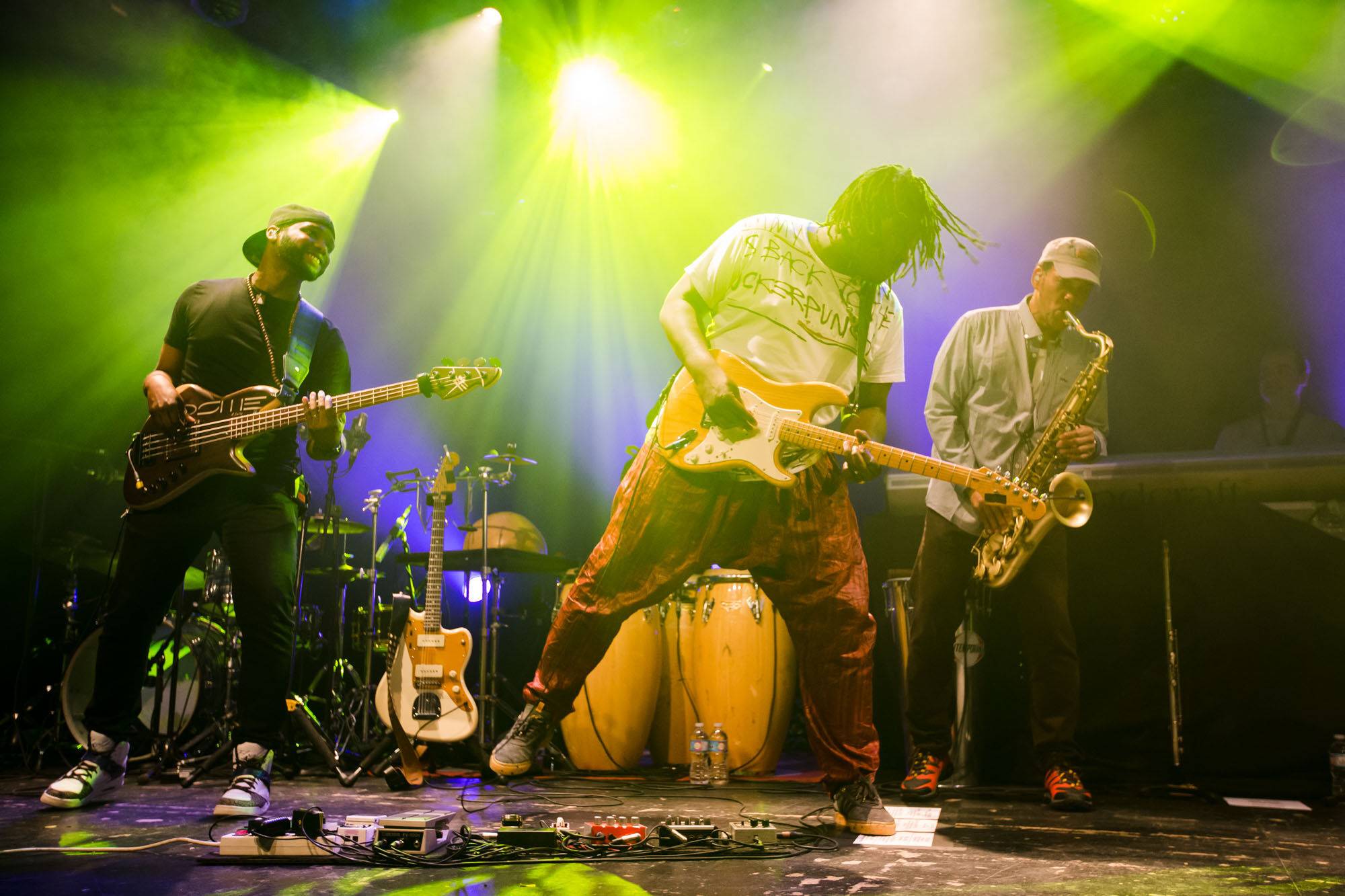 Back in 2000, Ludovic Navarre (aka St. Germain) released Tourist, one of the first albums to deftly mix house, jazz and blues into something new and exciting. It was a critical and commercial smash, showcasing the power of harnessing electronic music to more classic genres. Then, Navarre dropped off the map for 16Â years. Luckily for us, he is back.

Navarre released his third studio album (the first was Boulevard, in 1995) as St. Germain earlier this year. Despite all the time that has passed, his basic formula on the self-titled record remains the same – electronic grooves and vocal samples overlaid with traditional instrumentation. Except this time he’s wisely enlisted the skills of several talented African musicians from Mali and beyond. 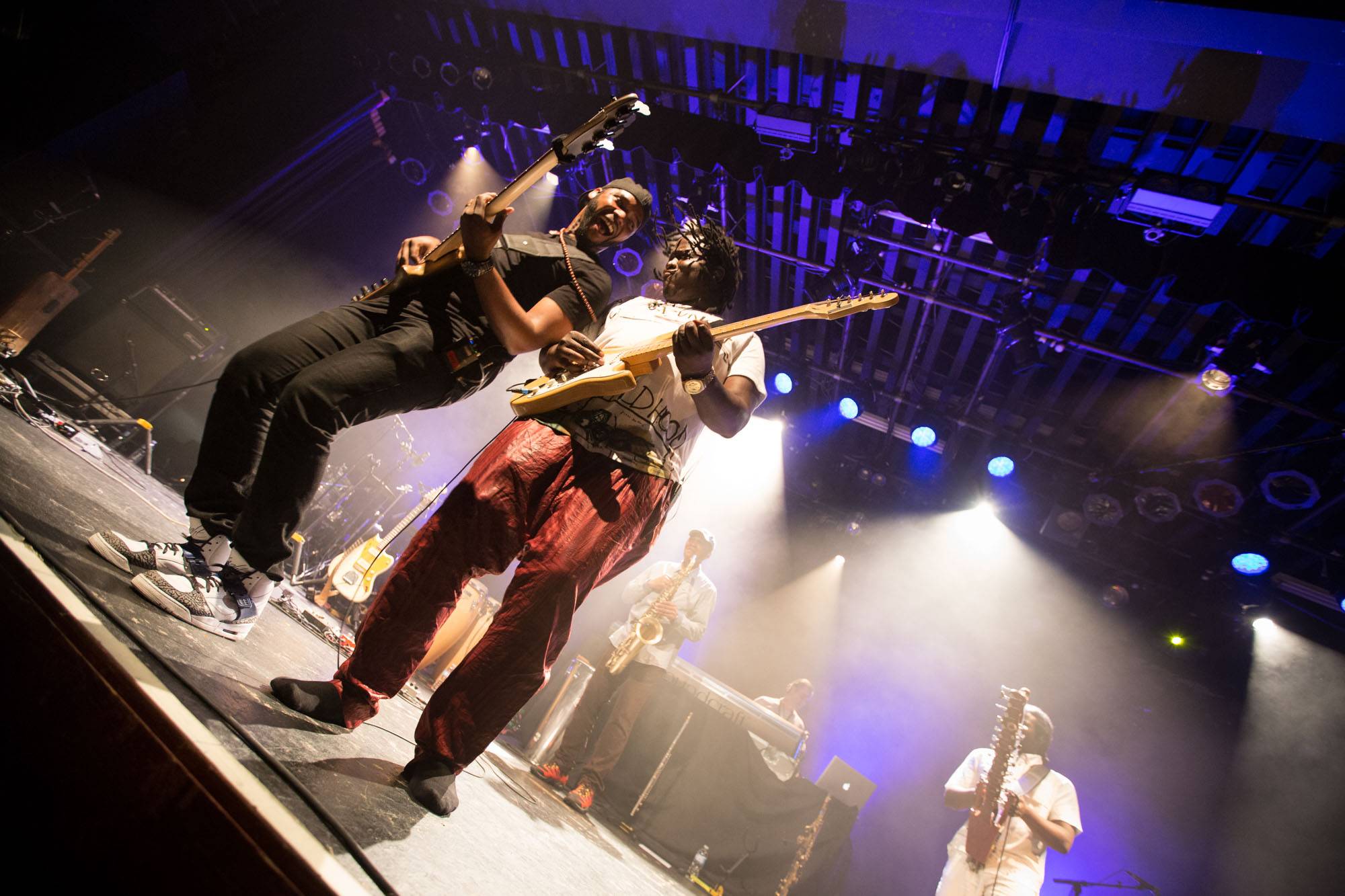 On record, Navarre’s music can easily serve as pretty wallpaper music, with each track blending into the next. Live, however, his music comes alive, thanks to his very capable band of seven players. The sold-out show Monday night at the Commodore Ballroom played out like a friendly (and energetic) jam session. New and old tracks were both given extended workouts, with tempo changes, and long solos for every player to showcase their impressive chops.

Horn player Edouard Labor and percussionist Jorge Bezzera led the charge not only with their playing but also with their antics. During a funky rendition of “Rose Rouge Blue Note”, Labor finished his flute solo and had most of us convinced he was going to throw his instrument into the crowd. Guitarist Guimba KouyatÃ© kept everyone light on their feet by coordinating dance moves and hand claps with his band members and the crowd. Throughout the two-hour set, Navarre himself took a backseat, content to stay in the rear of the stage behind his gigantic mixing console. It was a smart move by the veteran producer, who clearly knew the difference between a home listening and a live experience. Lets hope we don’t have to wait another aeon before he finds himself inspired again. 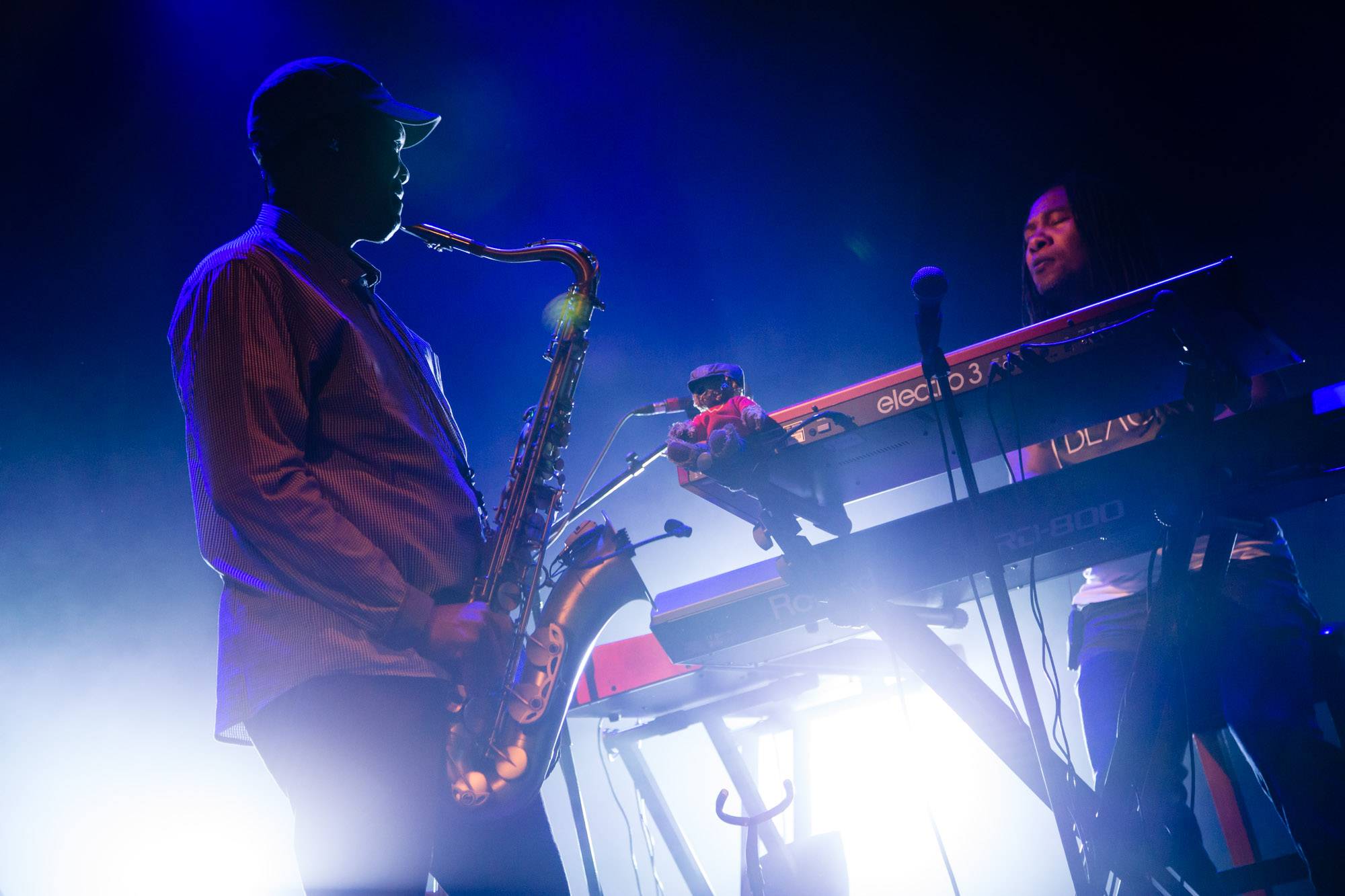