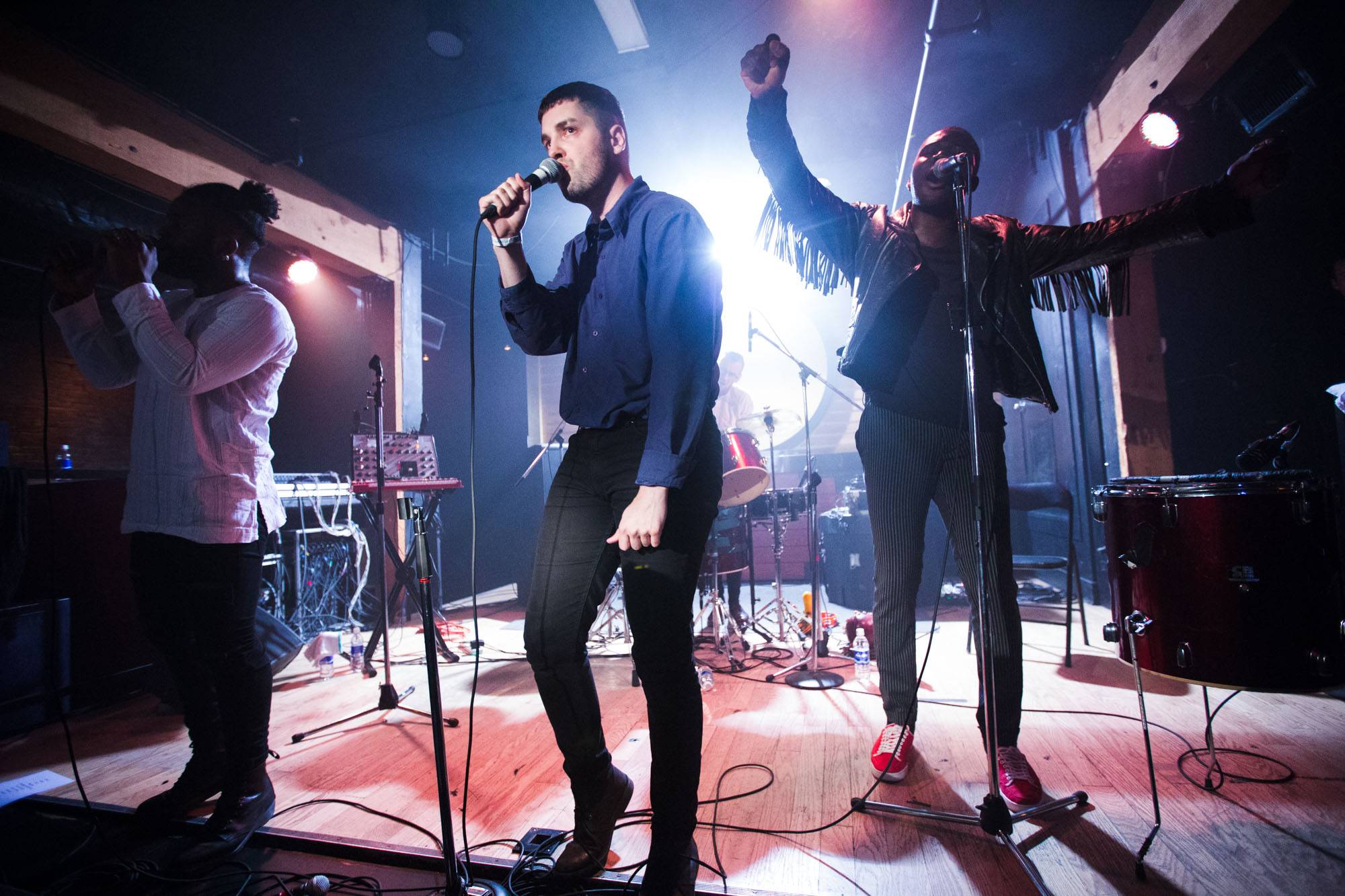 I’ve read a lot of articles comparing them to TV On The Radio, which is fair, but only to a point. With Young Fathers, attempting to describe their music with words is only going to get you so far. A perfect example is their song “Dare Me“, which starts as a haunting melodic ballad and swerves into an abrasiveÂ Def Jux-style vocal melee and then back again in under three minutes. This type of contrast is one of the best things about the group – their music is always on the verge of devolving into chaos, but is somehow held together by sheer energy and willpower. 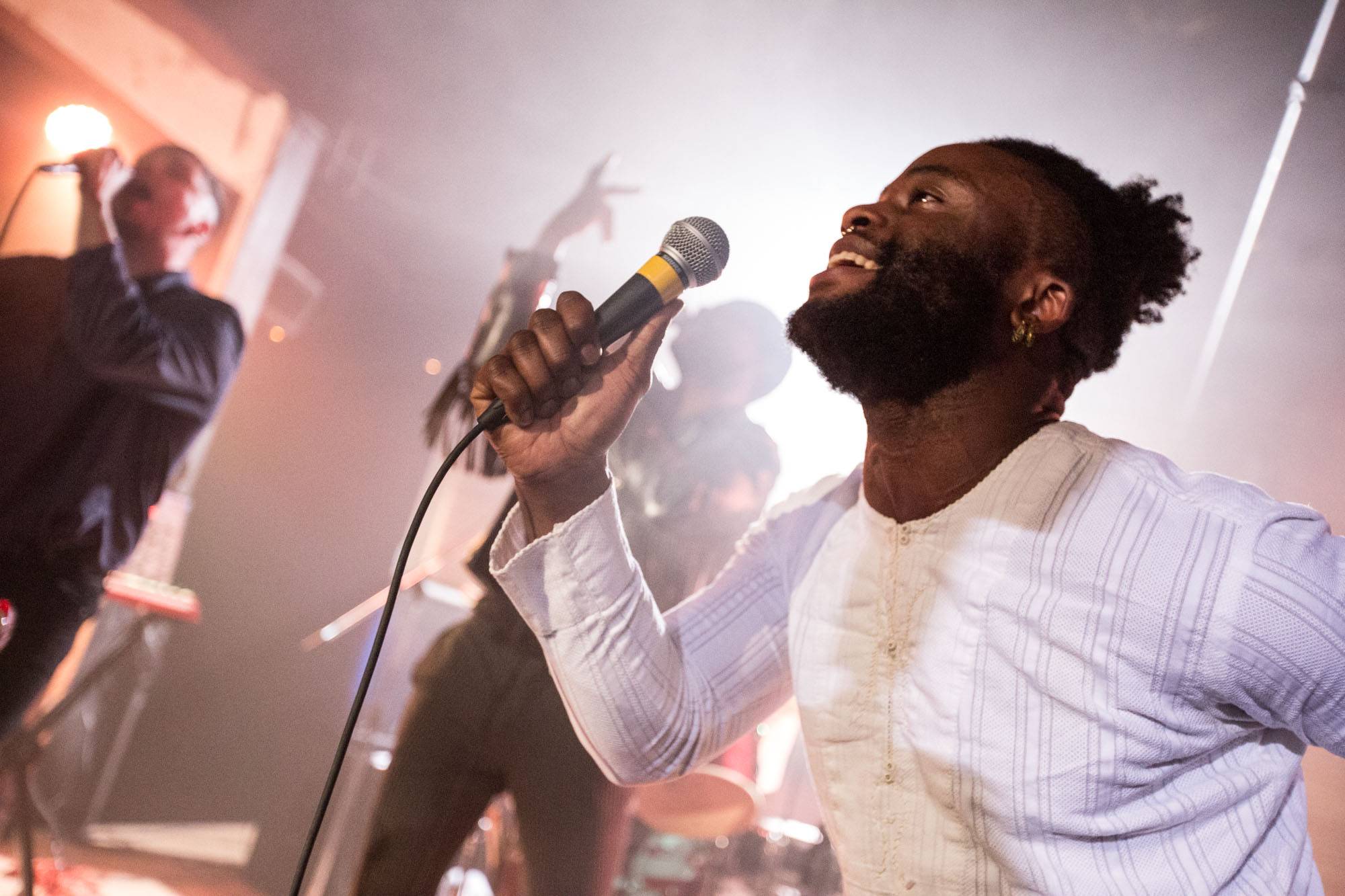 Their unique nature catapulted them into the spotlight very quickly. After getting signed to Anticon in 2013 on the strength of two mixtapes, they won the coveted 2014 Mercury Prize for their debut album Dead, putting them alongside other trailblazers such as the xx, James Blake and Alt-J. A lot of people clearly felt that these guys were pretty special. Five months later they dropped their follow up White Men Are Black Men Too on Big Dada records. Last night they returned to Fortune Sound ClubÂ for the second time, having opened for Baths at the same venue less than six months ago. 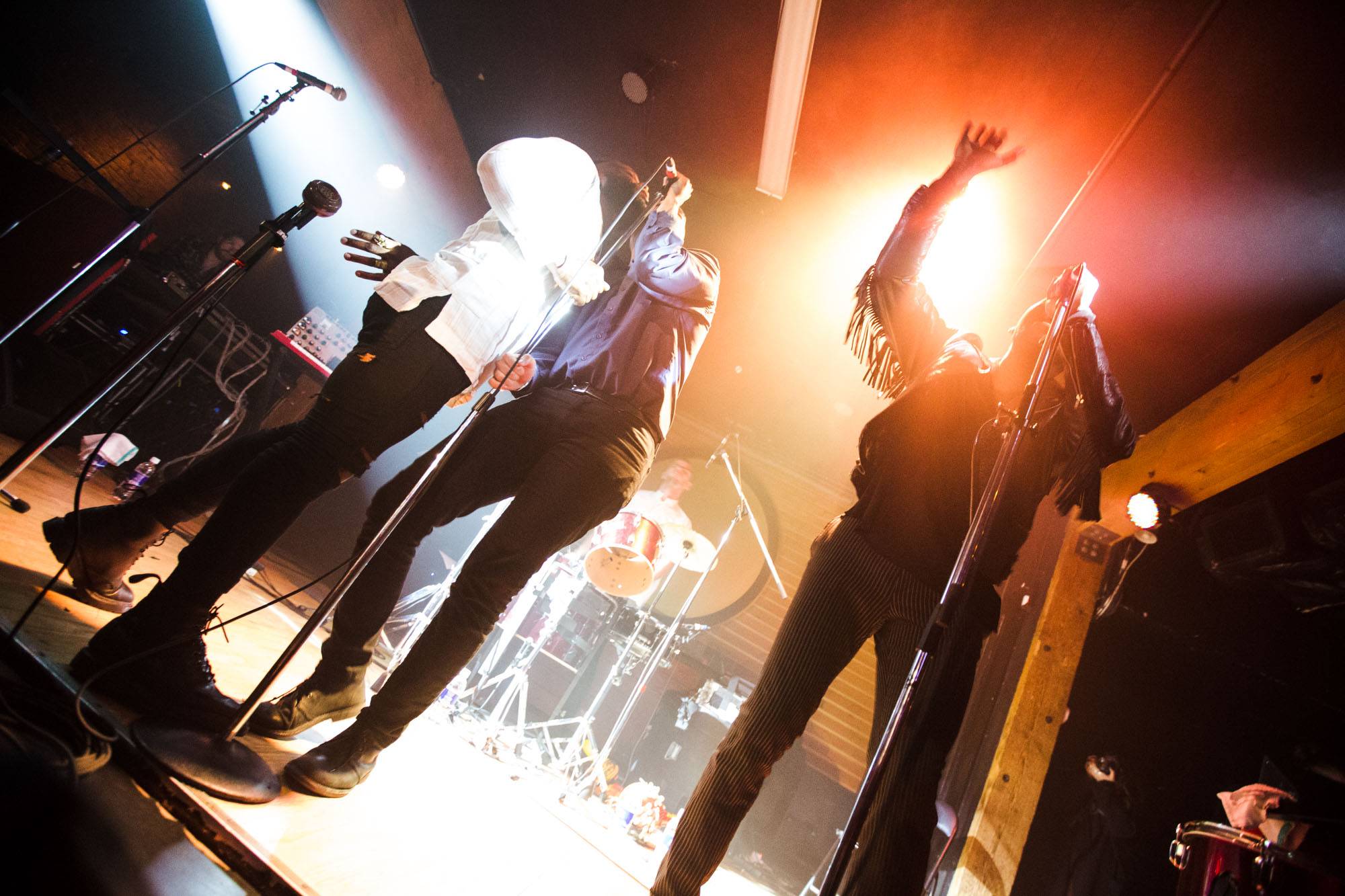