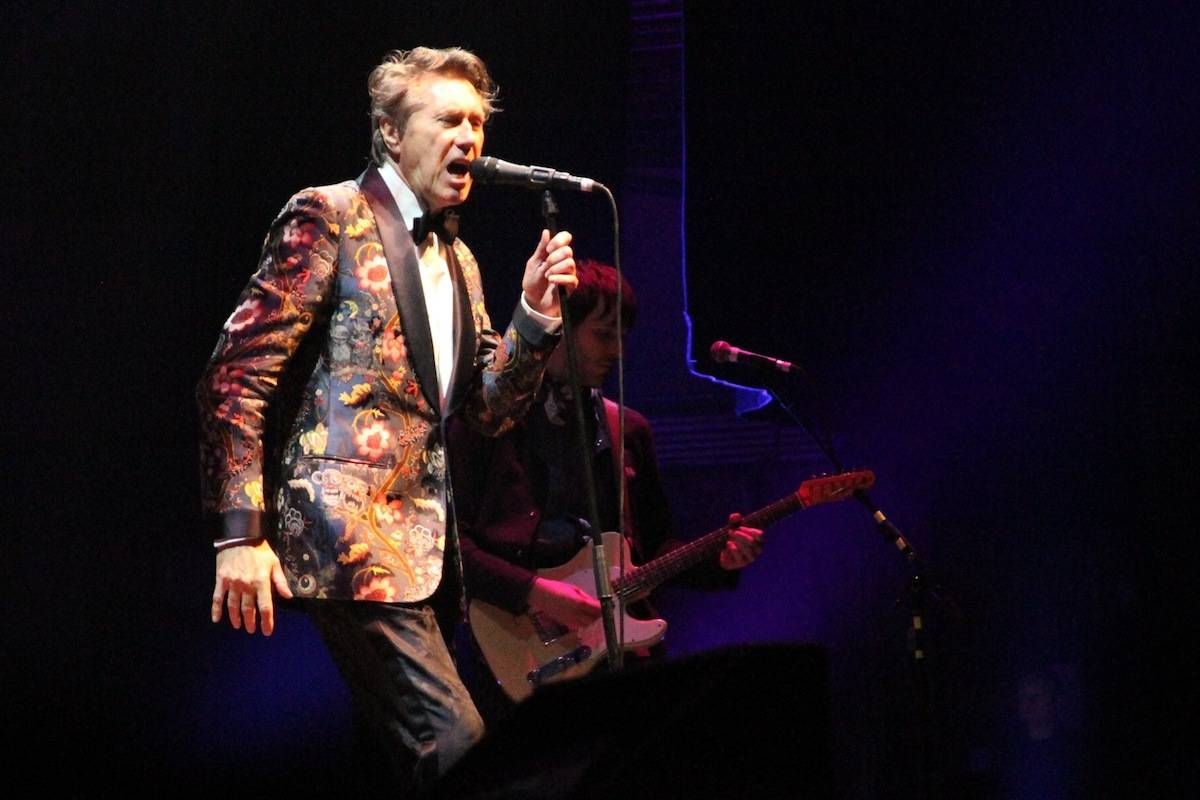 Still louche and debonair after all these years, Bryan Ferry played the illustrious Queen Elizabeth Theatre Saturday night in Vancouver. It was the first show of the Can’t Let Go tour, his first in North America tour in three years.

Backed by a coed eight-piece band, the 68-year-old took up space at the side of the stage behind a keyboard for the first song, but was soon centre stage. The first three cuts – including the Roxy Music classic “Remake/Remodel”, “Kiss and Tell” from his 1988 solo album Bete Noire and “Slave to Love” – went by in a flash, although this was not a pace that was going to be kept up by the man who has given us some of the best make-out music of the last 40 years.

And so we were given a hefty selection of tracks from the most successful album of his career, Roxy Music’s 1982 opus Avalon. “Take a Chance With Me” was served up with its instrumental intro intact, and “More Than This” was given an understated (i.e. percussion-less) take. The album’s title track, on the other hand, seemed a little too fast, perhaps owing to the enthusiasm of the drummer. Maybe it was opening-night jitters, or maybe it’s just that she’s got rock ‘n’ roll in her blood. But this lady easily had the most energy of anyone onstage, and was such an irrepressible presence she threatened to upstage the boss. 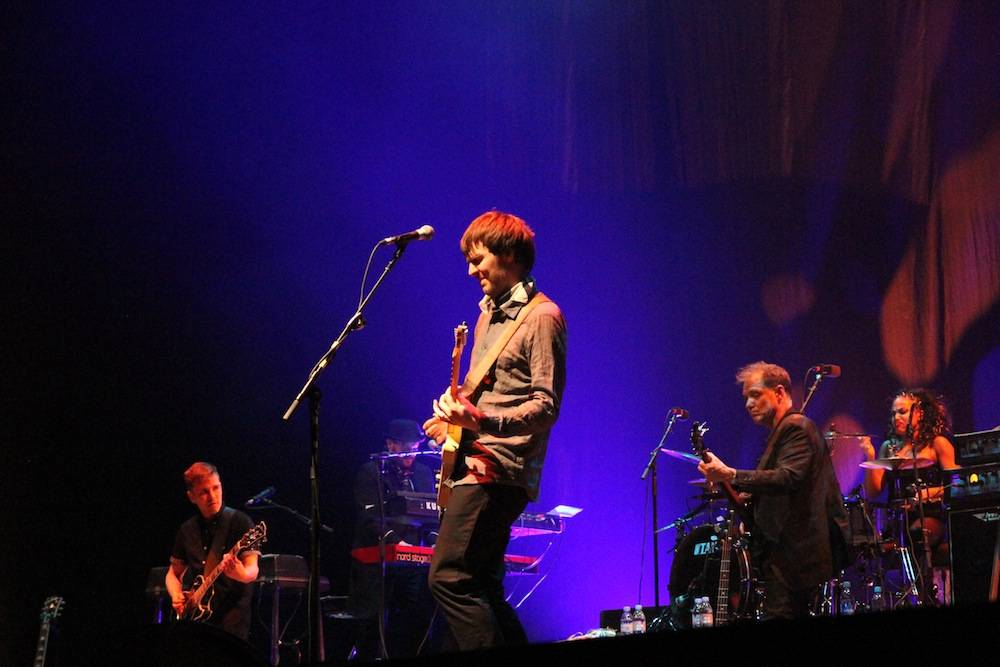 But Ferry delivered, in his own suave, impeccable way. We got a lovely, epic version of “Oh Yeah”, a song Smokey Robinson would be proud to call his own, from the final Roxy Music album Flesh + Blood. The chorus was the one moment this reviewer got bona fide chills.Â One of the more famous Roxy tracks, “In Every Dream Home a Heartache” (from album #2,Â For Your Pleasure), brought an early ’70s freak vibe to the show, with much of the audience shouting along to the line “but you blew my mind!” Other songs included J.J. Cale’s “Same Old Blues”, which dates back to Ferry’s 1978 solo album The Bride Stripped Bare, “If There is Something” and “2HB” from the first Roxy Music album, and “Rhyme or Reason” from his 2010 album Olympia. 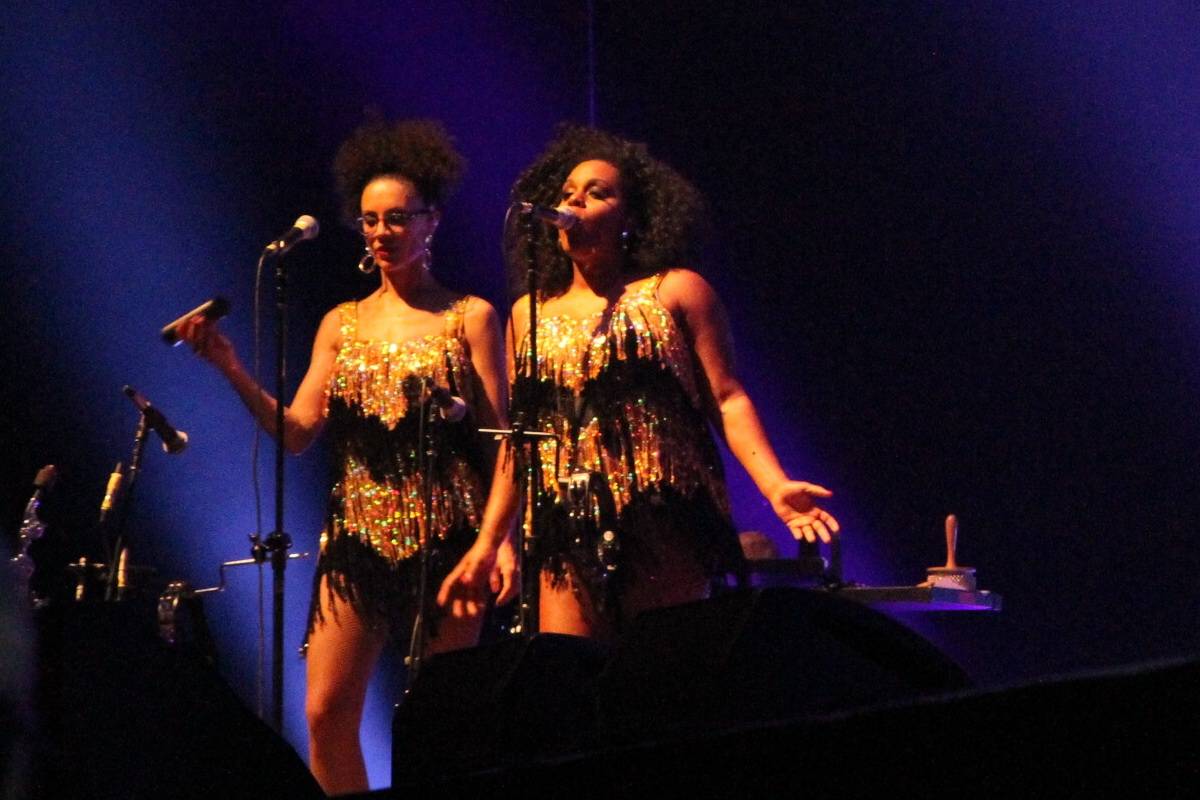 But it wasn’t until “Love is the Drug” that everyone rose to their feet. “Editions of You” and the Motown beat of “Let’s Stick Together”, a song from his 1973 solo album of the same name, helped keep us there ’til the end. For an encore, Ferry and co. pulled out “Running Wild”, also from Flesh + Blood (and something of a throwaway IMHO). But “Jealous Guy”, his cover of the John Lennon song, was a sweet end to to the evening.

Overall, I’d have to say the show had moments of greatness, especially with a crack band and that killer drummer behind Ferry, and some ageless material to draw from. But there were some dull spots and the mix was not great (lyrics were nearly indecipherable, at least from where I was sitting, in the middle of the theatre). It’s only the start of the tour, though, so the pleats should be well-creased as Can’t Let Go motors along.

Opener Dawn Landes played a set drawn mostly from her latest (and fifth) album Bluebird. Backed only by an electric guitarist and her own acoustic, Landes sang beautifully on exquisite songs like the title track, “Try to Make the Fire Burn Again” and “Love Song”. The Queen Elizabeth set wasn’t a bad way to get to know the singer, but hopefully she’ll return soon for her own headlining gig in a more intimate venue. 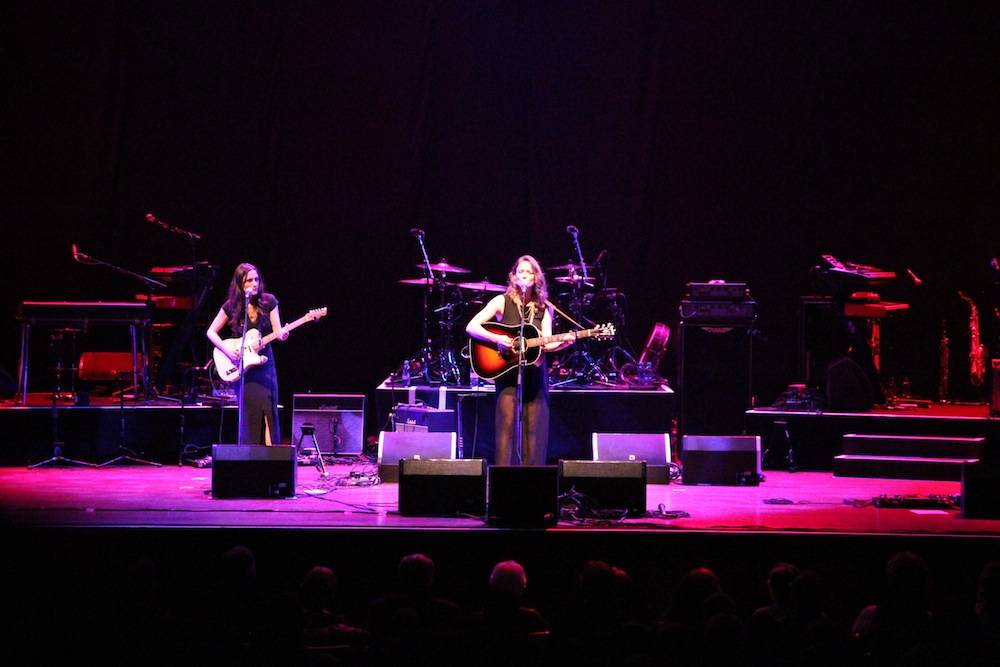 5 responses to “Bryan Ferry at the Queen Elizabeth Theatre”