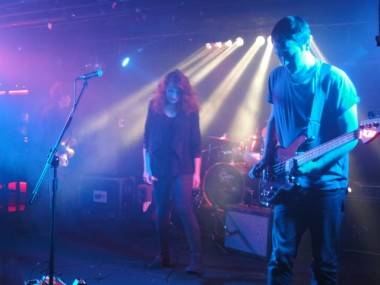 Musicphiles in a brooding and mellow mood found a dark cradle at 2:54‘s intimate show at the Biltmore last night.

The UK act comprised of sisters Colette and Hannah Thurlow performed their self-titled debut record almost in its entirety for a sparse but extremely adamant audience. As fans in the front row mimicked Hannah’s quick fingers on her penetrating guitar solos, it was clear that there were some followers in the crowd who had been devoted to the neo-psychedelia group since their DIY demos from late 2010. 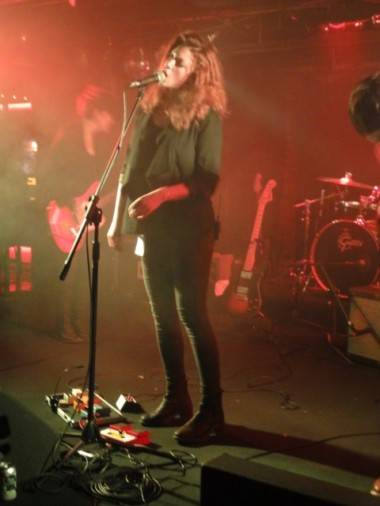 Beginning with a dense cacophony of distorted guitars and rumbling drums, “Circuitry” set the pensive tone for the evening. Colette (a spitting image of actress/model Milla Jovovich) commanded everyone’s attention with her deep vocals, and piercing gaze on the songs influenced byÂ My Bloody Valentine andÂ The Jesus and Mary Chain.

Their harrowing melodies matched perfectly with the agonized lyrics of songs like “A Salute” and “On A Wire”. And all four members of 2:54 lay their heads low for a shoegaze moment during their single “Scarlet”, which moved back and forth between a languid pace to an aggressive, post-punk energy. But faster songs like “Easy Undercover” and “Creeping” seemed to be the biggest crowd pleasers; both were upbeat verging on dance-punk tracks that offset the more lethargic numbers from the band’s repertoire. 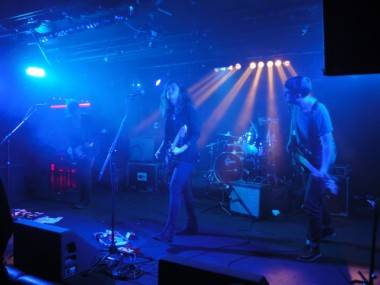 With their moody sound and bold stage presence, it was apparent why 2:54 had been the supporting band of choice for huge acts likeÂ Warpaint andÂ The Big Pink for the past year or so. But last night’s performance proved that they can stand on their own two feet and bask in that coveted headlining spot.

A similar trajectory will undoubtedly unravel for 2:54’s opening bandÂ Widowspeak. Armed with breathtaking melodies (as heard on “Harsh Realm”) and the tranquilizing vocals of frontwoman Molly Hamilton, this Brooklyn quartet is one of the breakthrough artists of 2012 to watch out for. 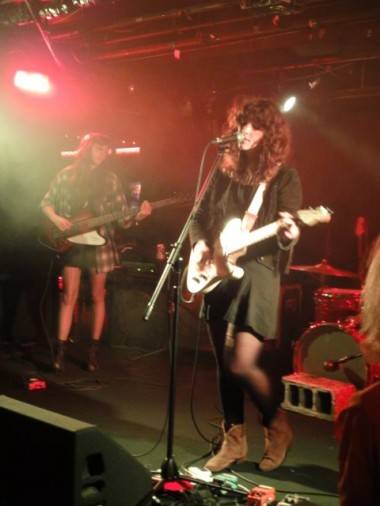