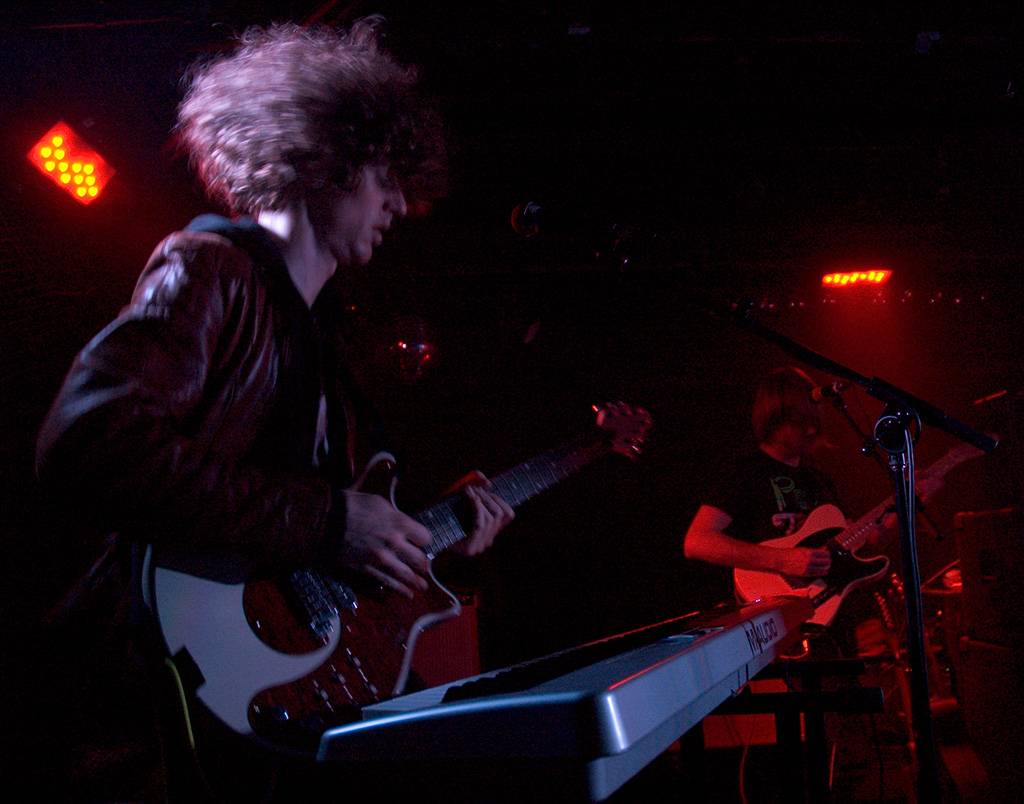 Photos and review – Menomena at the Biltmore Cabaret, Vancouver, April 29 2011

– by Erin Hanson/photos by Sita Kumar

Following an energetic and humorous set by Vancouver’s own Beekeeper, Menomena fans vehemently stood their ground at the front of the stage waiting for the Portland, Oregon now-quartet to make their entrance – a dedication rarely seen in crowds older than 18. 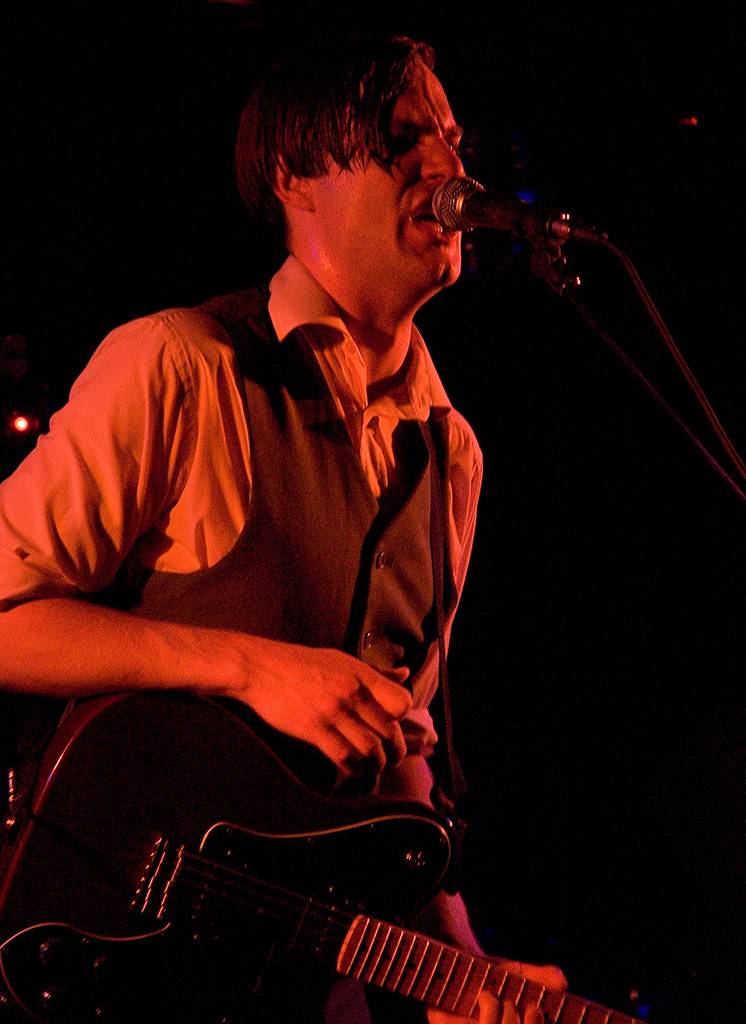 The group finally made an appearance, launching immediately into “Muscle’n Flo” off 2007’s remarkable album Friend and Foe. The die-hards in the front anticipated and hung on to every note, every carefully-placed cymbal crash and booming bass of the saxophone that has become trademark of Menomena. The energy of the crowd was intense and contagious – as the group would later remark via Twitter, “Holy crap, Vancouver! Who knew moshing still existed?!”

It seems as though there’s widespread skepticism whether or not Menomena can still blow the crowd away without key songwriter and multi-instrumentalist Brent Knopf, who departed earlier this year to focus on his side project Ramona Falls. Fear not, Menomena fans. Although I’ve never seen the band perform with Knopf, I didn’t miss him.

Singer Justin Harris kept the audience captivated with his masterful switching between instruments – playing saxophone while playing bass pedals with his feet and alternating onto the bass, guitar, and even clarinet. Their new keyboardist/guitarist (with an impressive Sideshow Bob-esque mop of hair) rocked out with such zeal he was perhaps the most fun to watch even though I couldn’t quite observe his playing through the bobbing heads.

The band was set up with each member evenly spaced out at the front of the stage, including their drummer Danny Seim, diving into his delicious beats directly in front of me. He played barefoot, flailing his arms and whipping his hair until he was just dripping in sweat, then would gently sing into the mic with his calming voice – and the people went nuts.

Menomena played some fan favourites, such as “The Pelican,” “Boyscout’n” and “The Late Great Libido”, interspersed with new music off their latest release, Mines. I have been waiting four years to see the band – ever since I first heard them in 2007, I have checked their tour dates on average once a month praying they would eventually come to Vancouver. It was well worth the wait.

One response to “Menomena at the Biltmore Cabaret”