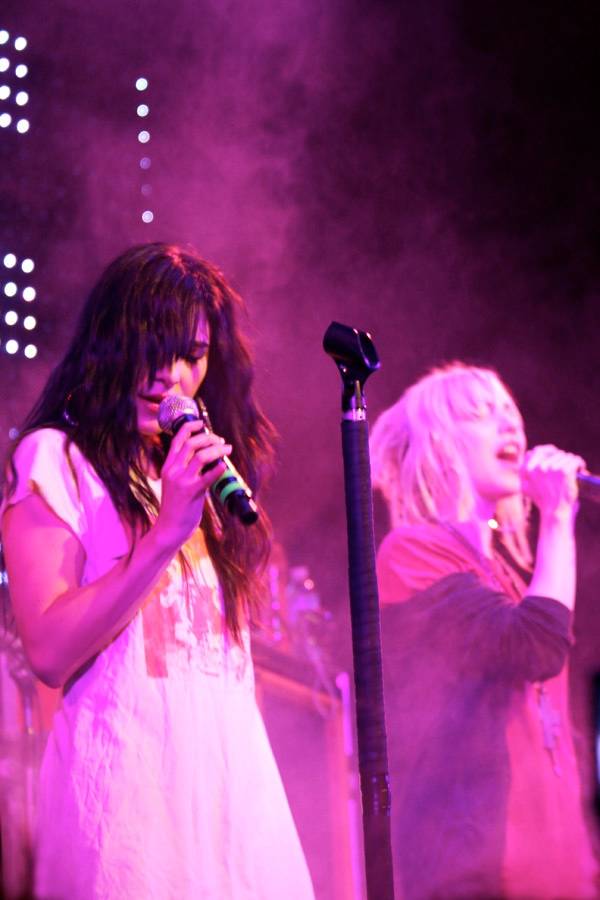 Review and photosÂ -Â The Veronicas at Venue, Vancouver, June 27 2009

Carney was already into an on-the-floor, calling-up-the-ghost-of-Led Zep routine by the time we arrived, so we didn’t get a full taste of the Los Angeles band. Lead singer Reeve Carney showed off an impressive vocal howl and guitar-playing chops, the ones that earned him a position touring with Jonny Lang while still in his teens. Bonus points for looking like The Snipe News’s hero Jared Leto‘s kid brother, with artfully teased hair

“Get a load of this!” That’s how my companion described the attitude of various gossip websites towards Taylor Momsen‘s music project Pretty Reckless. Momsen is the 16-going-on-32-year-old actress whose character Jenny is apparently the punkest thing about the show Gossip Girl, which I admit rather shamefully to never having seen.

Momsen actually has stage presence and a full-throated rock ‘n’ roll growl, which she uses to do a pretty good karaoke version of Courtney Love. But again, Pretty Reckless is to real rock ‘n’ roll what Olive Garden is to an Italian restaurant (okay, I totally stole that, and I would gladly credit the original author – David Sedaris? – if I could remember who it was). She brought her four-piece, New York-based band with her; according to gossip, she fired the original members for not being good-looking enough. I really want to believe this.

The Veronicas came out to screams from the mostly female, mostly early ’20s, mostly 5′ and under (it was like a hobbit convention) sold-out crowd. This was the first show in the newly refurbished Venue (formerly the Plaza Club – the sign outside remains) – and some technical issues, mostly to do with sound, might still need to be resolved.

But the pint-sized Aussie sisters with the big voices, pros that they are, delivered a mostly spot-on set drawing on the dance/pop/rock of its second album Hook Me Up, including the title track, “Revenge is Sweeter (Than You Ever Were)”, “Take Me On the Floor” (which they performed earlier in the week on So You Think You Can Dance? – although, I don’t think it’s about “dancing”, exactly) and the hit all the Tweeting fans, at least, are creaming themselves over, “Untouched”. Midset they threw in a couple of acoustic ballads; Jessica played acoustic guitar. 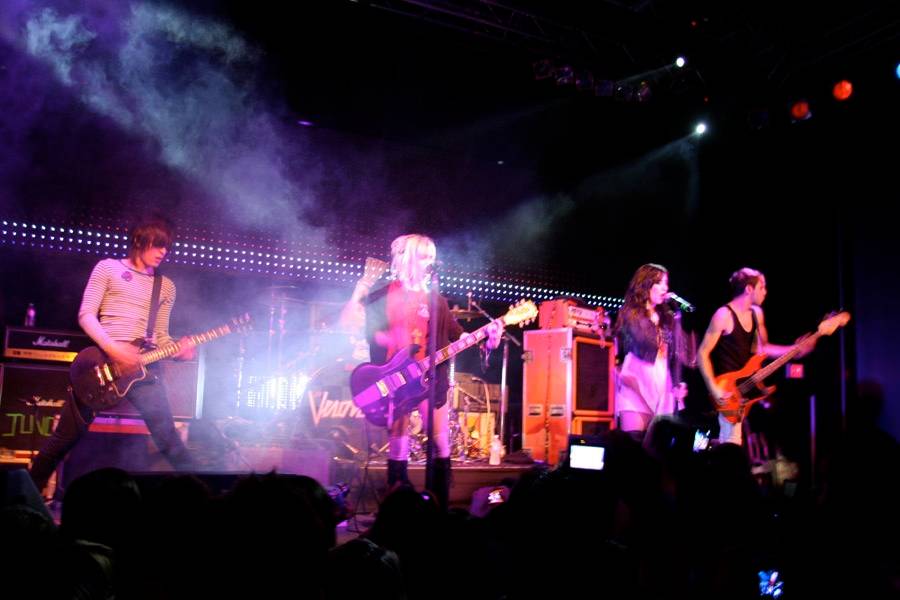 She also had picked up an electric earlier in the show, and sister Lisa played a little bit of keyboards. But mostly the Origliasso sisters just woman-handled their cordless mics and threw out hand gestures to work the crowd up.

Years of talent contests at home in their native Australia have honed the duo into an entertainment machine, but the girls are also canny enough to have some rockin’ musicians behind them, particularly bassist Mike Sherman and drummer Vikk Fox, a maniac behind the kit wearing pants that look like they came from a Bay City Rollers‘ yard sale. (I don’t care if that’s a dated reference, look it up!)

The Veronicas only did one encore song, probably owing to the show’s early (10 p.m.) curfew. But an hour was just the right amount of blatantly hooky pop and screaming girls. Later, Jessica and Lisa went into the lobby for some picture-taking with fans. I was just as susceptible to Veronicas-love by this time as anyone, though – and my night had been made by the sight of Lisa wearing, onstage, the T-shirt I’d dug out of my storage room and given her earlier, a vintage Love and Rockets T-shirt I’d probably bought when I was her age. Though maybe I hadn’t been quite as cool.

One response to “The Veronicas at Venue”