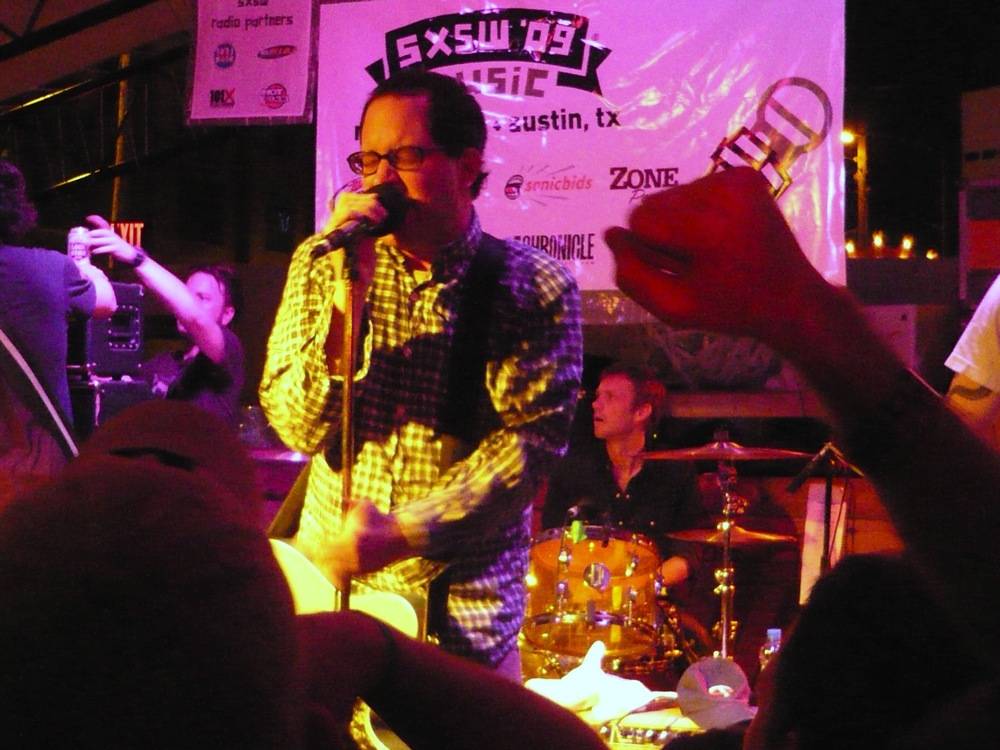 What’s a born critic to do?

You spend your whole life judging and scorning and announcing your opinions, loving or hating and trying to convince others to love or hate with the same enthusiasm you do – to feel things the way you do – and then along comes a show at a packed club on a Friday night during SXSW (your absolute favourite time of year) and you feel nothing at all.

The club in question was the Mohawk on Red River – the heart of the Austin indie scene – and the band was the Hold Steady, about whom I know very little except that people love them with a passion bordering on obsession. Indie rock fans speak of the Hold Steady the way they used to speak about Magnetic Fields or REM: with emotional and intellectual fervor. They love to talk about their literate lyrics, their catchy melodies, their raucous live shows. New York Magazine once called them the city’s “most insightful party band”, though I can’t imagine who else was in the running.

So I figured that the Mohawk would be crowded and that the crowd would be raucously partisan. And sure enough, fans at the midnight show went crazy, from the first note the band played to the last. A guy standing next to me on the balcony was so excited he cheered the group’s sound check.

But I was three steps removed the whole time. I didn’t hate the Hold Steady. Not at all. But I didn’t love them either. I liked them. I liked their energy. I respected their melodic sensibility. I admired their stage presence. And I appreciated when Craig Finn sang convoluted, brainy lines like “Subpoenaed in Texas, sequestered in Memphis” and made them work. I like the Hold Steady.

But “like”, I find, is one of the deadlier words in the English language. When I like something, it means I can take it or leave it. It means I don’t mind it’s being on my stereo or my television. It means I’ll walk away unaffected from it even if I remember having a nice enough time while it was around. I like things when I can’t think of anything to say about them. It’s the same thing as calling a person “nice” or an NBA point guard “competent.”

This morning I’m having a hard time remembering why I liked the Hold Steady. I’m pretty sure their melodies were catchy but none of them got caught in my head. Offer me a million dollars and an evening with Salma Hayek right now and I wouldn’t be able to sing “Subpoenaed in Texas, sequestered in Memphis” to you. Or just offer me Salma Hayek, if you want.

Mainly I remember the girls. There were so many of them. And most of them had breasts and lips and hair and eyes and names and tight T-shirts and all-access badges.

So I can’t complain about the Hold Steady, and I’ll withhold judgment on them. Because they provided the soundtrack to one of my early-spring evenings, soft and sweet, when every girl I meet I fall in love with and every song I hear I really, really like.

One response to “The Hold Steady at the Mohawk, SXSW 2009”