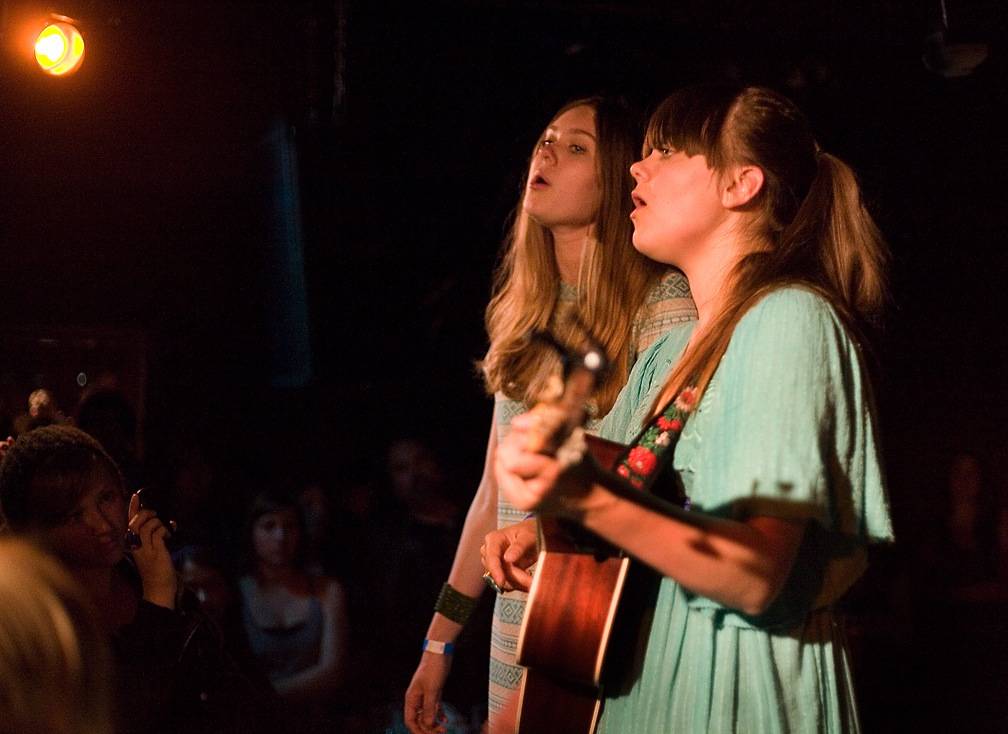 People came curious and left as fans when the Swedish sister act made its Vancouver debut.

A new song, along with covers of Fleet Foxes‘ “Tiger Mountain Peasant Song” and Gram Parsons‘ “Still Feel Blue”, rounded out the set. Other songs included “Hard Believer” from the group’s debut, The Big Black and the Blue.

Johanna (the younger sister, on keyboards) and Klara Soderburg (main songwriter, guitar), backed by a drummer charmed the crowd with pure, silky harmonies, self-effacing humour and cherubic grins (particularly Klara). They also dove into a brave and beautiful a capella number midway through the set.