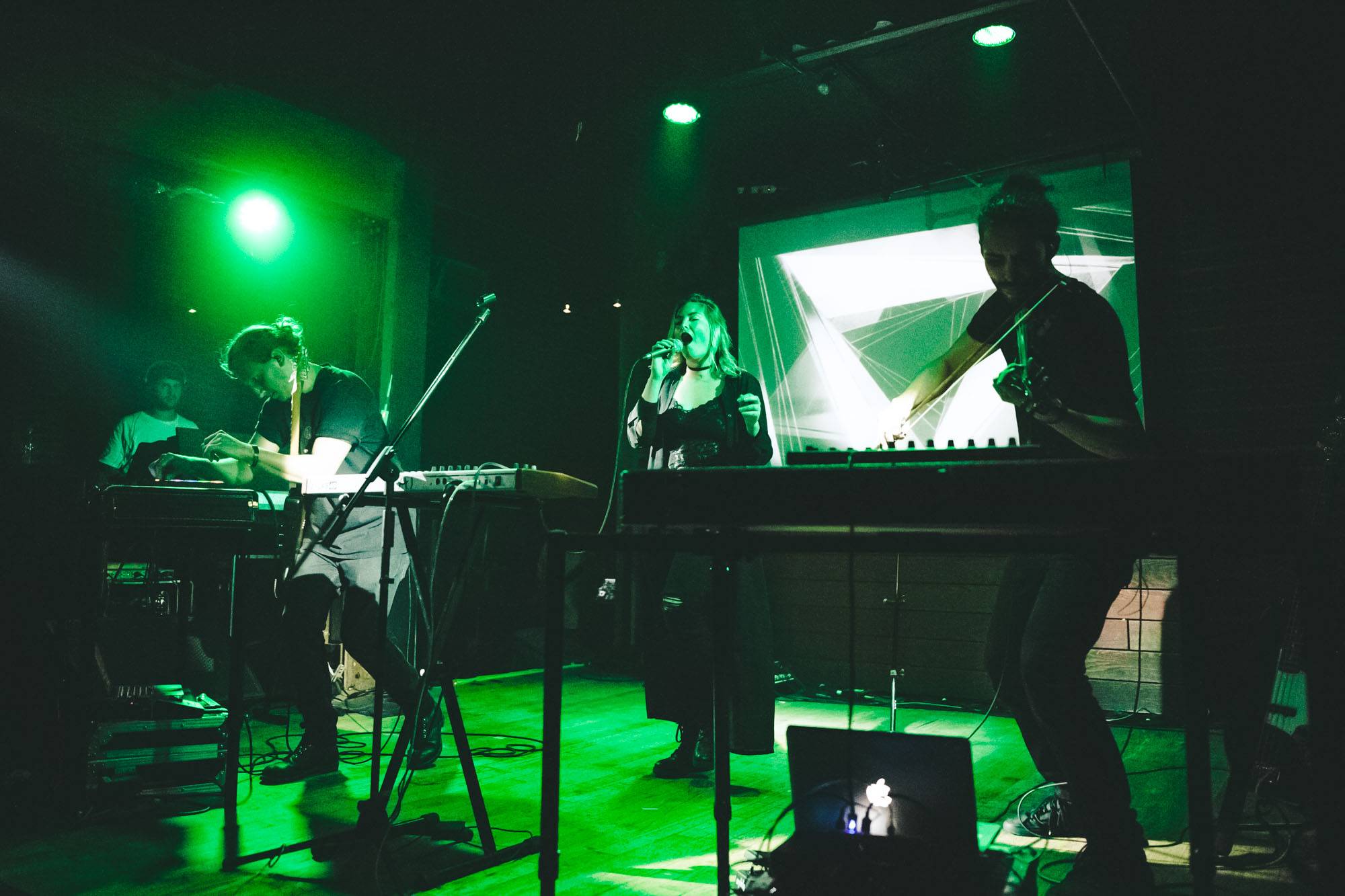 Graftician, the performing name of designer/musician/sound artist Roxanne Nesbitt, provided her own visuals.

Edo Van Breemen of Brasstronaut performed the score of the film Hollow in the Land. Like Dead Shack, the BC-shot film is screening as part of VIFF’s Sea to Sky program stream. Scooter Corkle, the movie’s director, provided visuals.