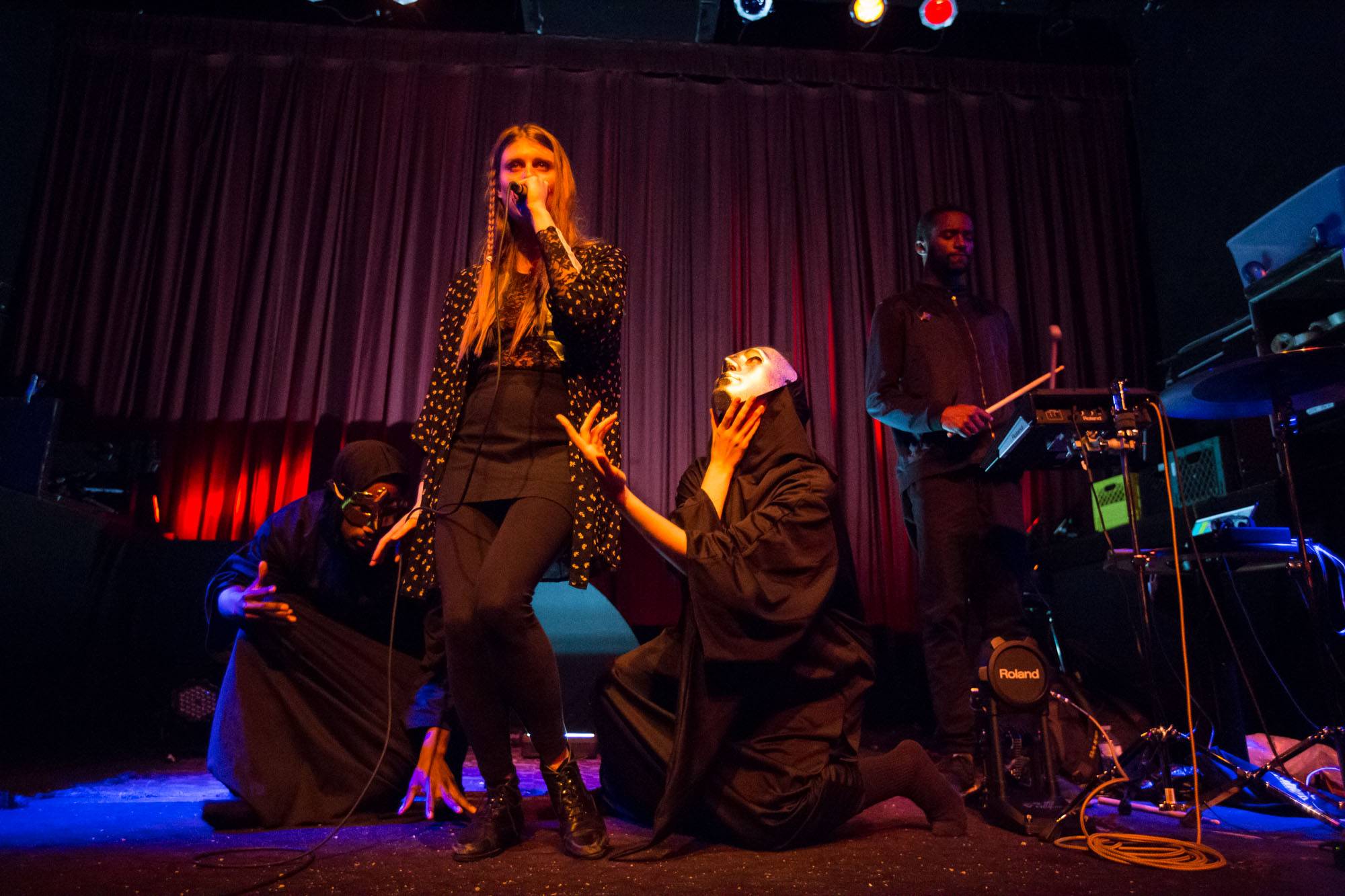 Photos – Lydia Ainsworth at the Fox Cabaret, Vancouver, May 4 2017

Lydia Ainsworth on her first headlining tour, in Vancouver Thursday night. For the tour, Ainsworth is performing with a percussionist and two interpretive dancers. Following the Vancouver show, she had two more gigs lined up on the West Coast. At the end of the month she heads to Europe for more dates.

The Toronto-based singer/songwriter is on tour for her second album, Darling of the Afterglow. The album follows the Juno-nominated, critically acclaimed Right From Real (2014).

Darling of the Afterglow features contributions from a team of Toronto musicians along with Ainsworth’s programming, samples and string arrangements. According to a press release, “The songs on Darling Of The Afterglow were all begun away from home, before being brought to fruition in her hometown.” Songs include a cover of Chris Isaac‘s “Wicked Game”, previously covered by Lana del Rey, among others.