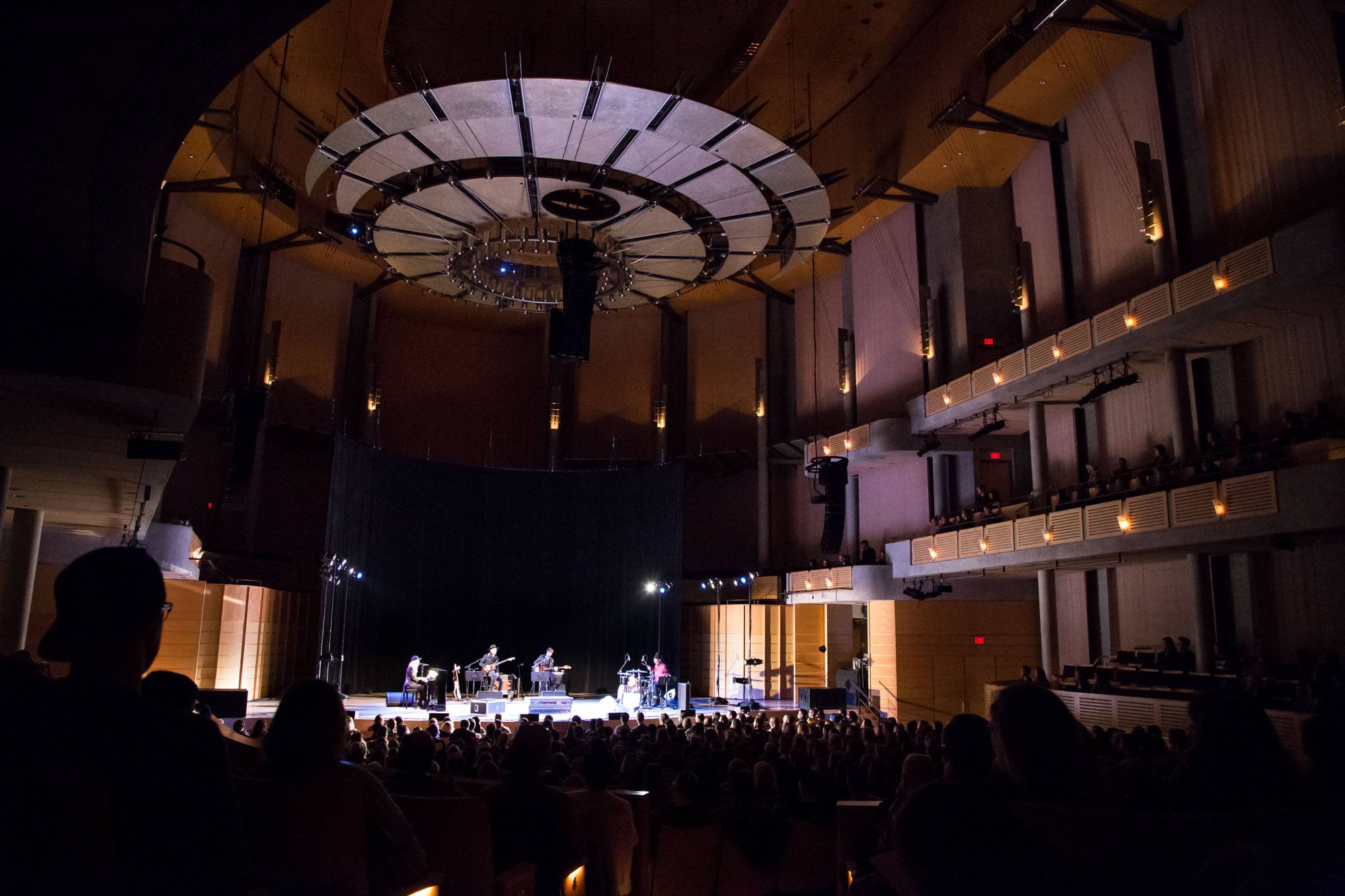 Photos – Emily Haines and the Soft Skeleton at The Chan Centre, Vancouver, Dec 7 2017

Emily Haines and the Soft Skeleton at The Chan Centre, Vancouver, Thursday night. The singer is on tour for her album Choir of the Mind.

Best known as the lead vocalist for Toronto band Metric, Haines released her last Soft Skeleton solo project ten years ago. That Emily Haines & The Soft Skeleton release was an EP entitled What Is Free to a Good Home? It followed Haines’ 2006 LP Knives Don’t Have Your Back.

Ten years before that, she released Cut in Half and Also Double under her own name.

Choir of the Mind tracks include “Wounded”, “Fatal Gift” and “Legend of the Wild Horse”. The title track includes a spoken-word part adapted from a poem by the Indian mystic Sri Aurobindo.

Haines recorded the album in September and October of 201 in Metric’s Toronto studio. Her longtime musical partner/Metric bandmate James Shaw helped flesh out the songs with additional instruments and rhythmic elements.

Haines and Shaw formed Metric in 1998. Since then the band has released six full-length albums and three EPs. It has also contributed to soundtracks for The Twilight Saga: Eclipse, Scott Pilgrim vs. the World and Cosmopolis.