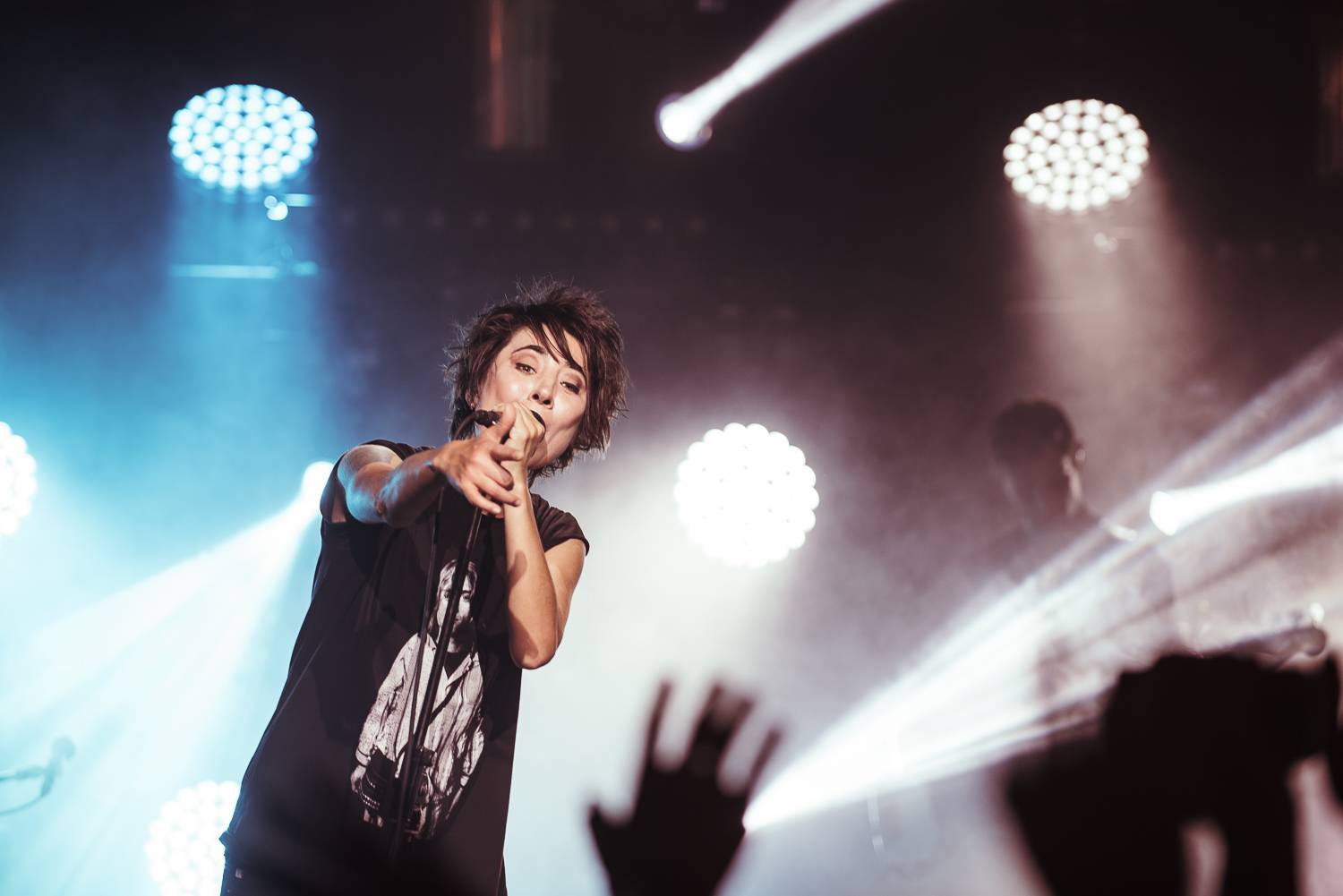 Zemfira at the Showbox in Seattle Friday night. The show came near the end of the Russian singer’sÂ seven-city fall 2016 North American tour. On the tour, she became the first Russian artist to play the Theatre at Madison Square Garden.

“Zemfira” is the performing and recording name of Zemfira Talgatovna Ramazanova. Born (in 1976) and raised in Ufa, Bashkortostan, Ramazanova has been performing since 1999. SheÂ released her self-titled debut in 1999. She and her band (also named Zemfira) hit the big-time with their second album, 2000’s Forgive Me My Love. That record featured the hit (in Russia) singles “Searching” and “Ripe”.

According to the Zemfira Wikipedia page, the groupÂ has sold over three million records in Russia and other former Soviet republics.