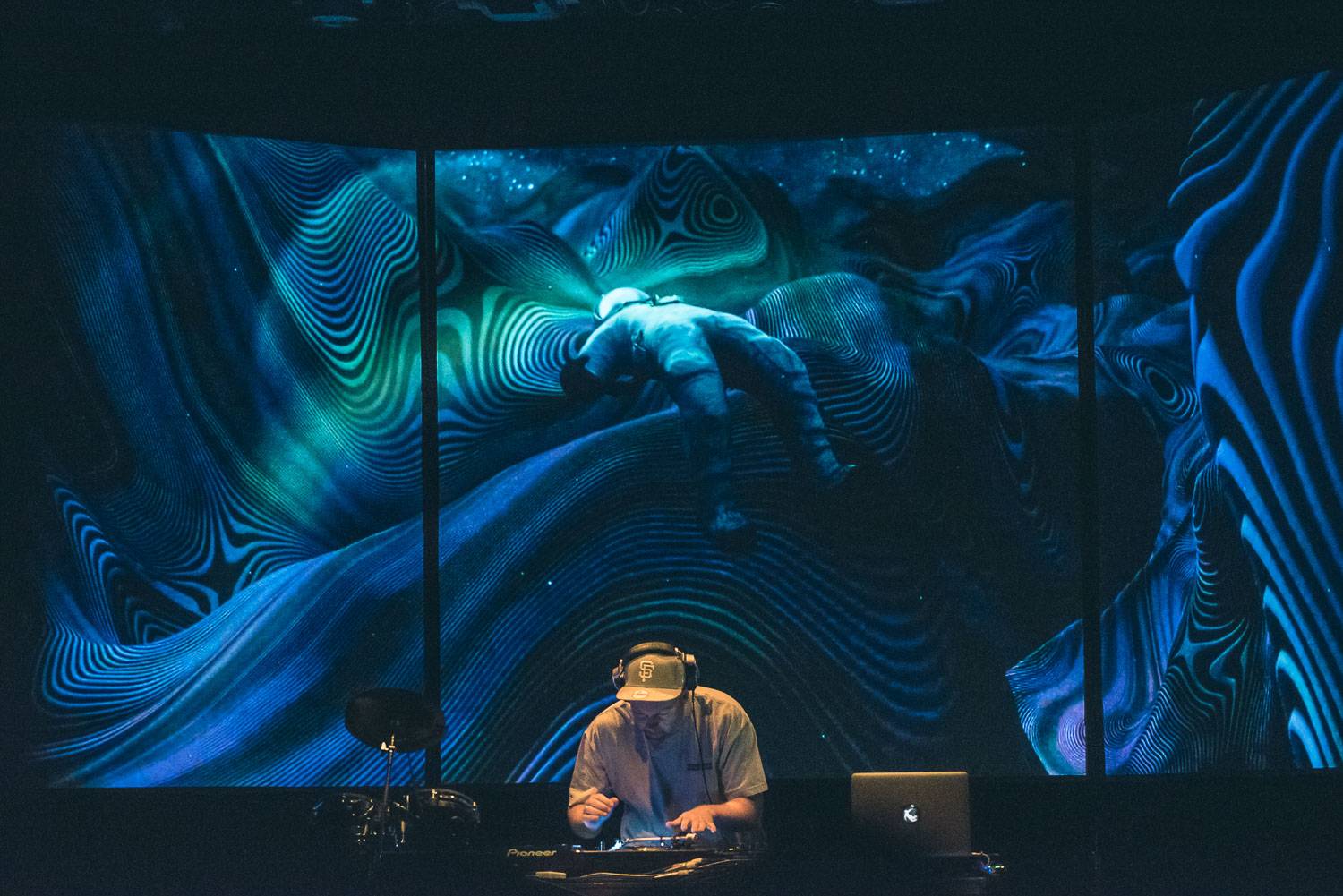 DJ Shadow (real name Josh Davis) has never been one to rest on his laurels. The legendary DJ/producer has been a restless musical explorer his whole career. As a result, hisÂ output has included moody trip-hop, film soundtracks, hip-hop and turntablism. His fifth studio album, The Mountain Will Fall, dropped in June. In support of the new record, he played the Commodore Ballroom in Vancouver Sunday night.

His set consisted of materialÂ spanningÂ his two-decade career. Classics like “Midnight In A Perfect World”, “Six Days” and “Best Foot Forward” got the loudest reception from the crowd, withÂ Shadow overlaying the song’s motifs with newer production to bring fresh perspectives to the tracks.

Deeper cuts, like his brilliant remix of DJ Krush‘s “Meiso” and his collaboration with U.N.K.L.E. featuring Thom Yorke, were sprinkled in the mix. These earned approving nods from the old-school heads. New tracks like “Bergschrund” served to showcase just how far his production skills have matured, while the blistering “Nobody Speak” was a reminder that he’s still a stellar hip-hop producer.

There were some newer spacier beats in there as well. These affirmedÂ that, despite a maturation, Shadow’s magic touch is still very much alive. It was a testament to his skill as a producer and DJ that he culled such a wide sonic swath from his discography and still managed to weave everything into a cohesive whole. 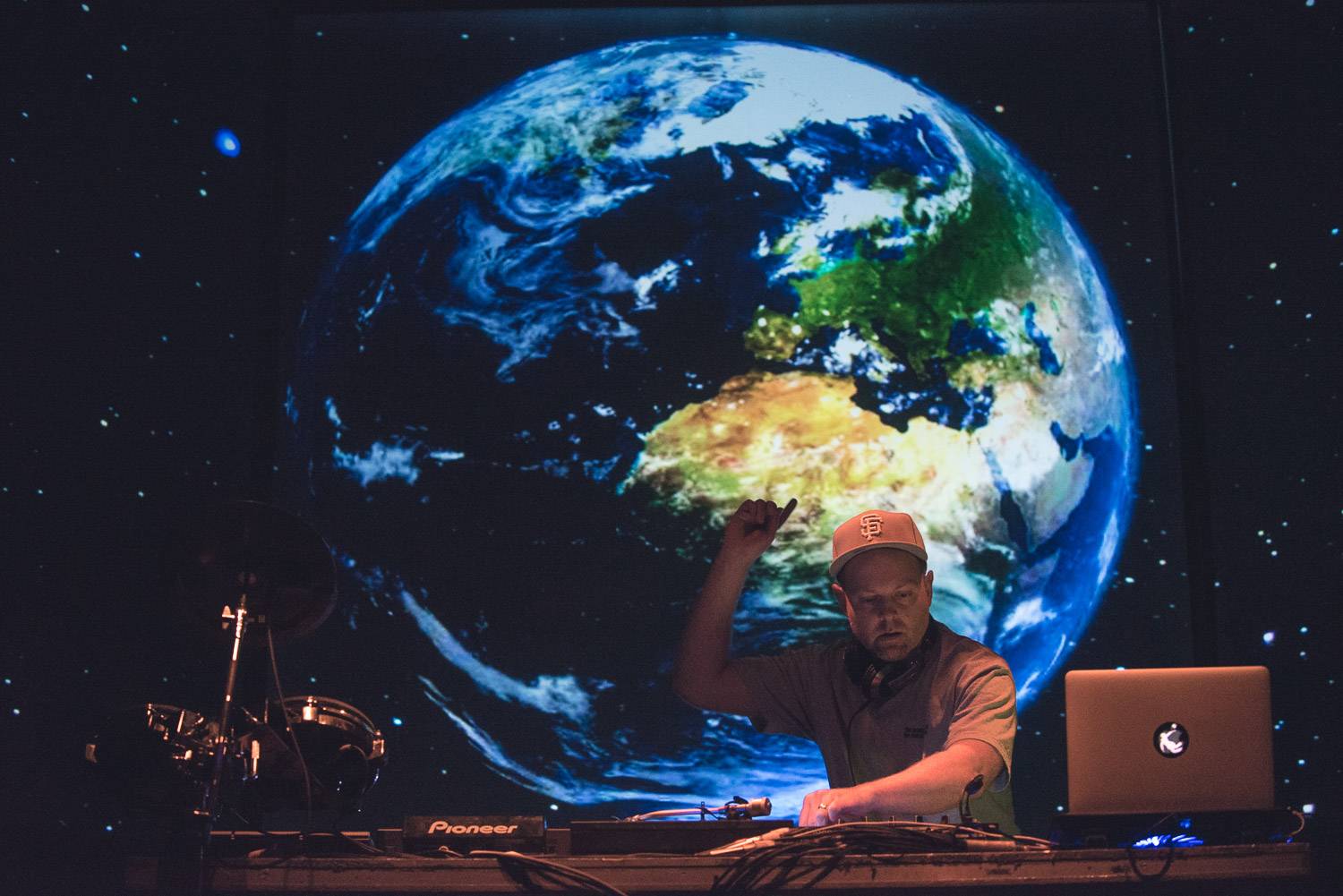 Accompanying the music was a stunning visual setup, which included three large panels behind Shadow, and an extra screen in front of him which came out halfway through his set. Images and video pulsed to the beat of the music, and there was some clever synchronization between the forward and back screens to create a nice sense of depth. This wasn’t some throwaway stuff to distract the audience while he twiddled knobs – this was a carefully choreographed spectacle that paid off in spades.

It was great to see the master DJ at work, crafting a funky, intelligent blend of music that was thoroughly satisfying.

Opening for Shadow was Noer The Boy.
More DJ Shadow at the Commodore Ballroom photos: