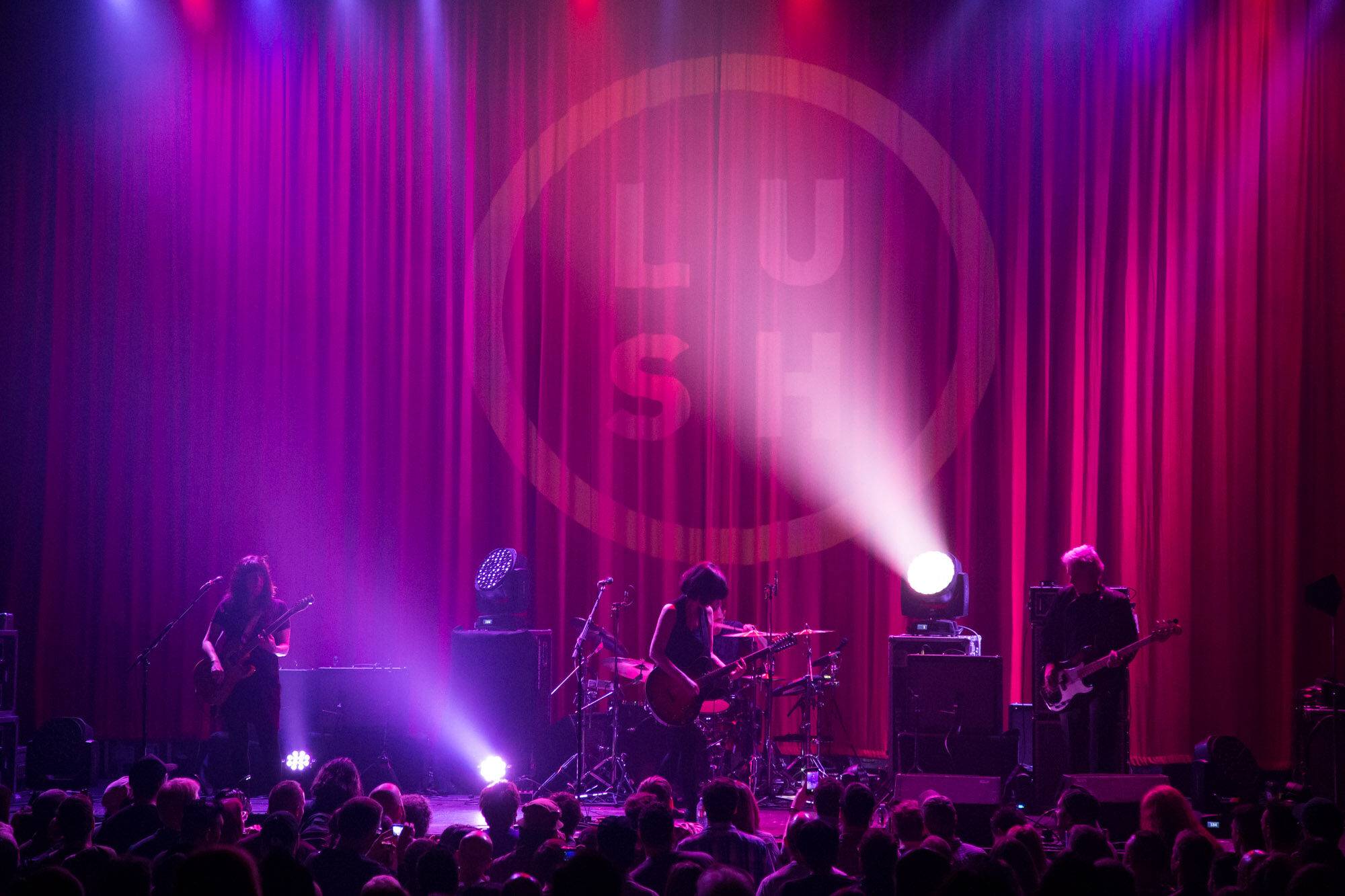 Lush at the Rio Theatre in Vancouver.

It was the British shoegaze band’s third show since reuniting after a 20-year break. It also marked, as lead vocalist Miki Berenyi noted, the third country the band had played in on this tour – first in London, then in SeattleÂ and, on Thursday night, in Vancouver. The group’s first show in 20 years took place on April 11 at the Oslo Club in London.

The band released a new EP this month, Blind Spot, featuring the song “Out of Control“.

The band’s original drummer, Chris Acland,Â committed suicideÂ in October, 1996, “leaving his shocked and grieving bandmates feeling that it was impossible to carry on without him,” according to the band’s bio. Lush formed in London in 1987, and released their acclaimed debut ‘Spooky’ in 1992. Their last live show took place in Tokyo during September 1996.

On Thursday night, the quartetÂ played a dynamic, high-energy set that was well-received by the crowd, which ranged from music fans who were around for the band’s heyday as well as newer, younger fans. Lush ended the set with “Sweetness and Light“, one of their best known songs. You can watch video of the song from the show here.