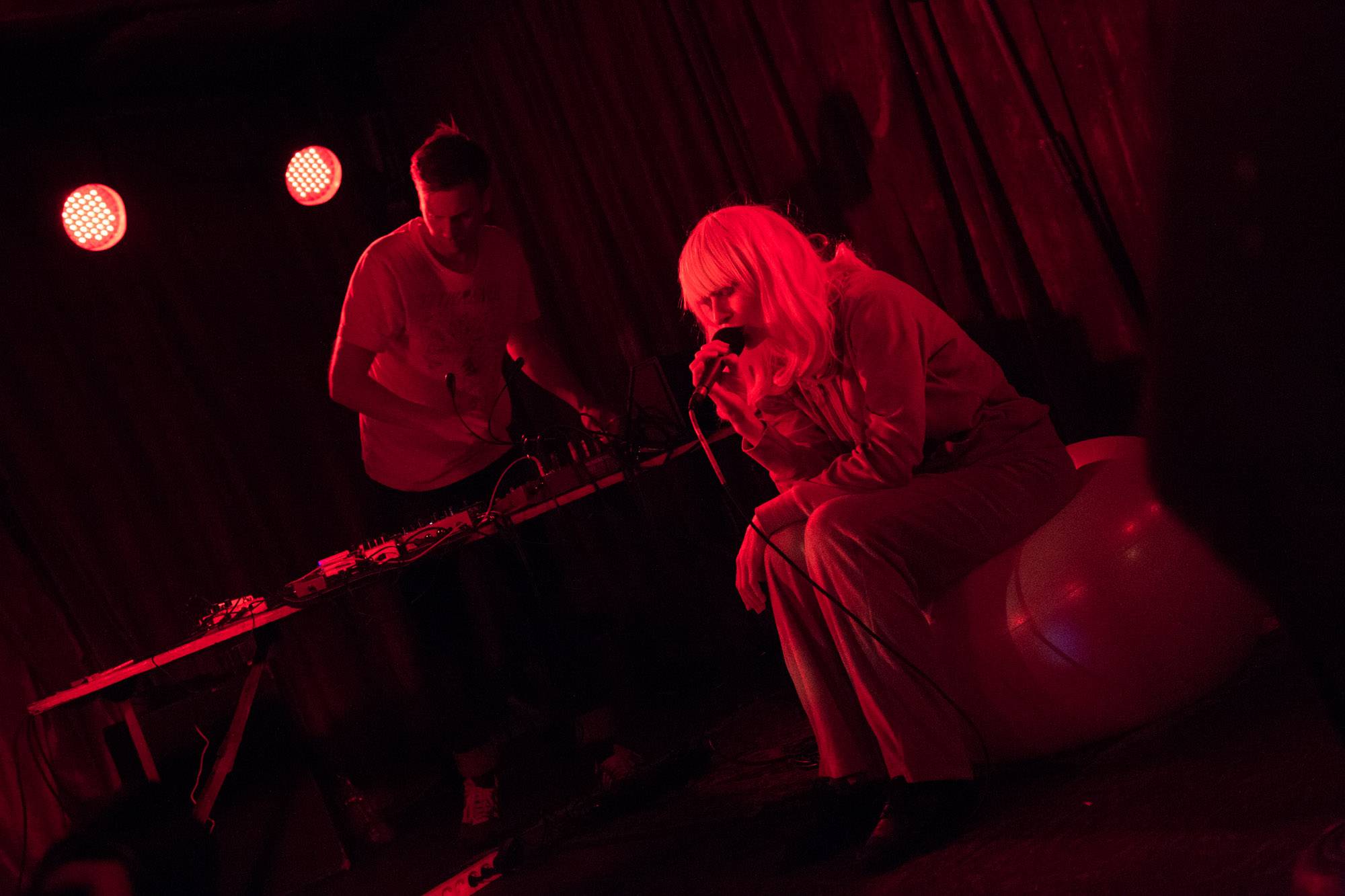 Jenny HvalÂ at the Cobalt in Vancouver. The show comes near the start of theÂ North American tour in support of her album, Apocalypse, girl.

HÃ¥vard VoldenÂ onÂ electronics joined the Norwegian singer/songwriter onstage. During the show, Hval performed with an exercise ball (she is pictured with one on the cover the album as well)Â and, until the last few songs, in a wig.