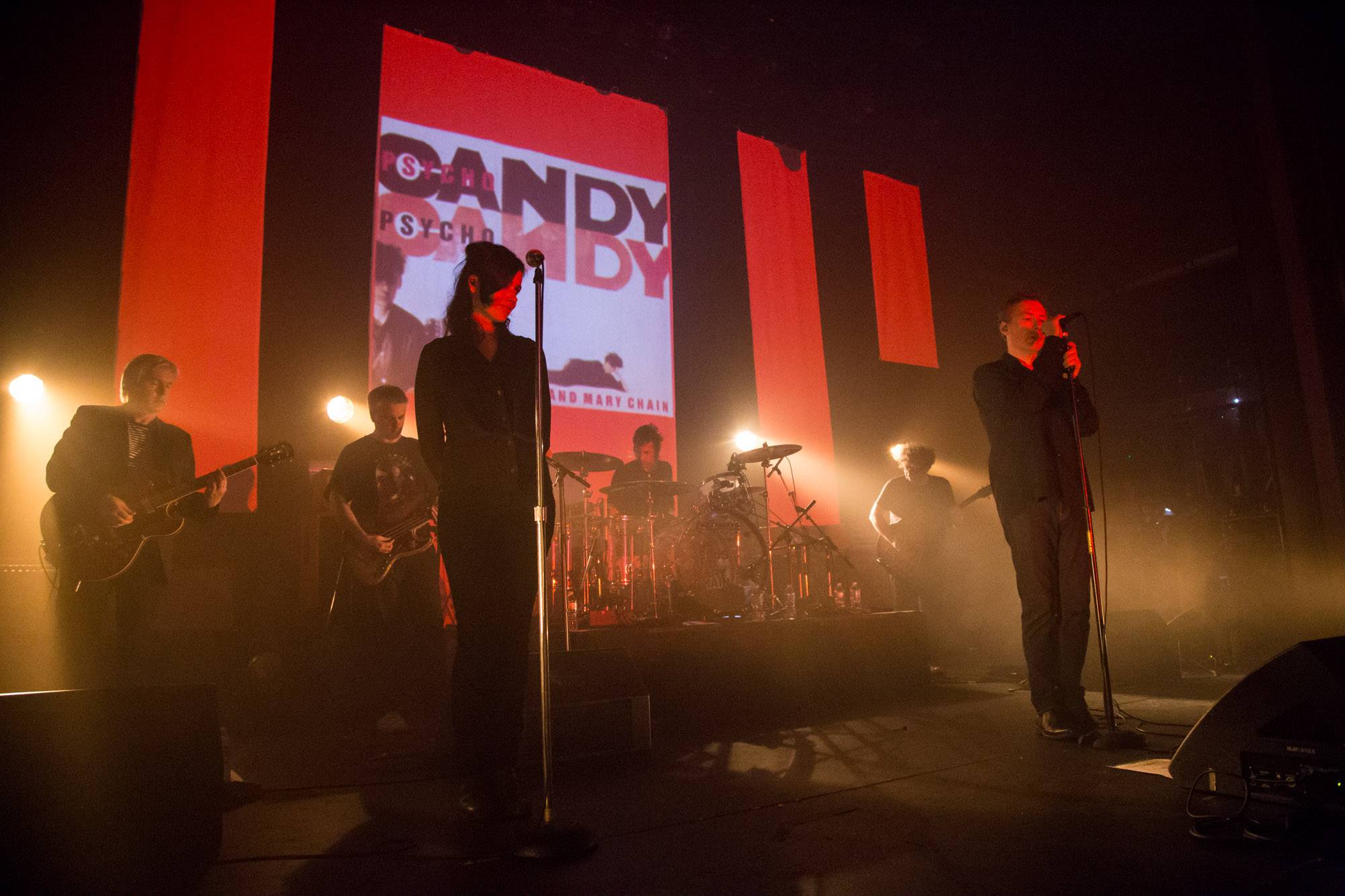 Review and photos -The Jesus and Mary Chain at the Vogue Theatre, Vancouver, May 13 2015

According to Billboard magazine’s year-end charts for 1985, the artists who made the biggest splash were Wham!, Madonna, Foreigner, and Tears for Fears. It was against this backdrop of squeaky clean pop that Scottish brothers Jim and William Reid released their debut album Psychocandy as The Jesus & Mary Chain.

The album featured songs that were no less catchy than the chart-toppers of the time but distinguished themselves from the pack by drowning everything in a squall of feedback. The dense layers of noise gave everything an ethereal yet brutal edge that married both the melodies of bubblegum and the experimentalism of The Velvet Underground. The album was well-received upon release but went on to gain larger significance as time went on. You can hear echoes of Psychocandy in bands like The Smashing Pumpkins, Nirvana, My Bloody Valentine, Sonic Youth and M83. 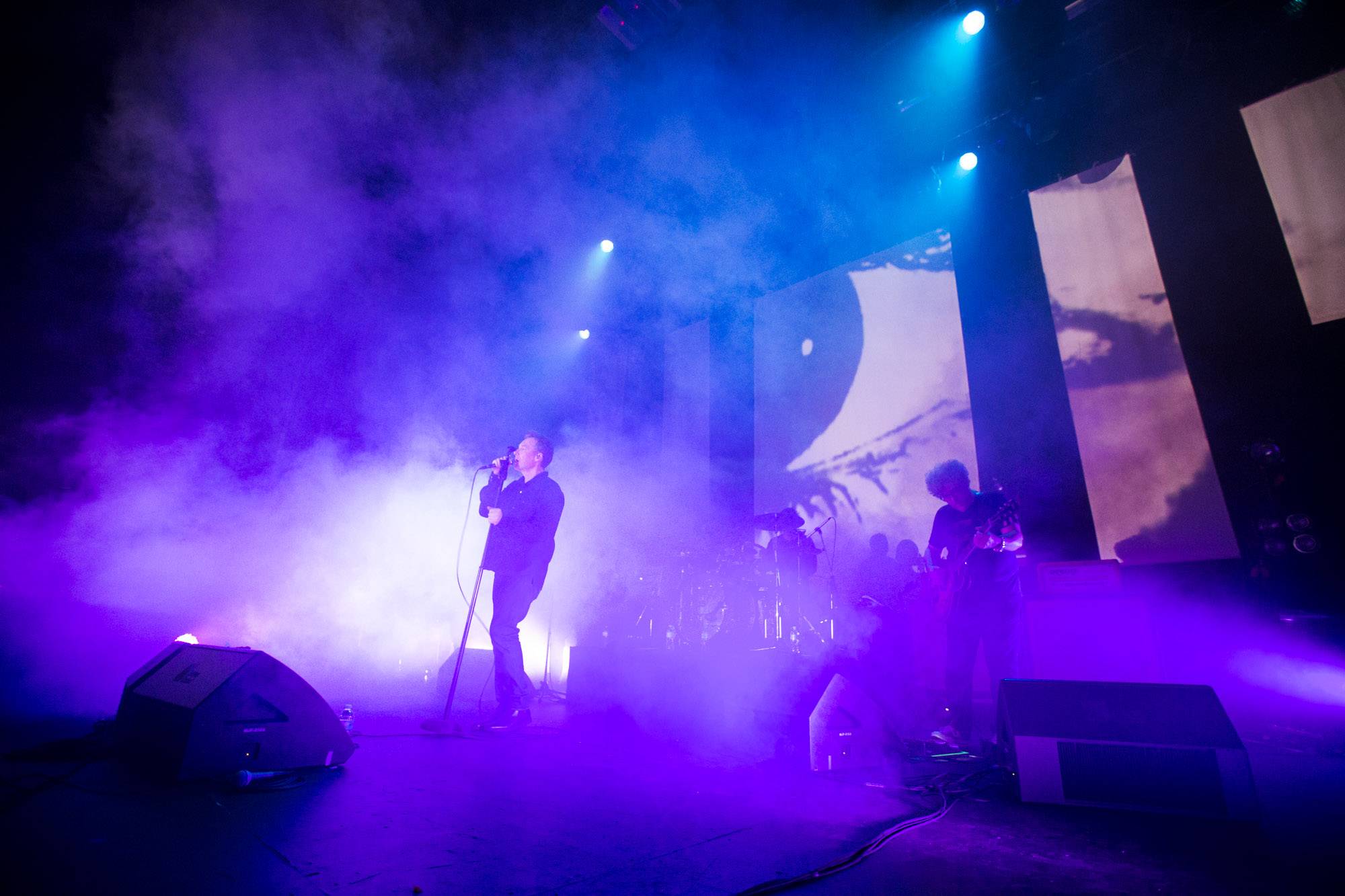 In 1987 during a gig in Toronto, Jim Reid threw his mic stand into the crowd, hitting one person on the head and slashing the arm of another. However, by the 1990s most of the antagonism between the band and audience had dissipated, though the love/hate relationship between the brothers until the group disbanded in 1999. Still, time heals all wounds, and in 2007 the Reids reunited for a performance at Coachella and played a smattering of shows in the years that followed. This year they embarked on a tour to celebrate the 30th anniversary of Psychocandy, including a sold-out show at the Vogue last night.

Before playing through Psychocandy, the five-piece band played a handful of songs from other albums, including my personal favourite “Some Candy Talking”. Three decades on, both brothers are still not much to watch on stage, with William hunched over his guitar and Jim not venturing more than a few meters from his mic stand. There was a certain weariness about them, perhaps because they have been playing these songs for so long, but I was slightly disappointed by the lack of dynamism on stage. Then again, it’s not like they have a reputation as crowd-pleasers, so maybe I should be happy that they were at least facing the audience. 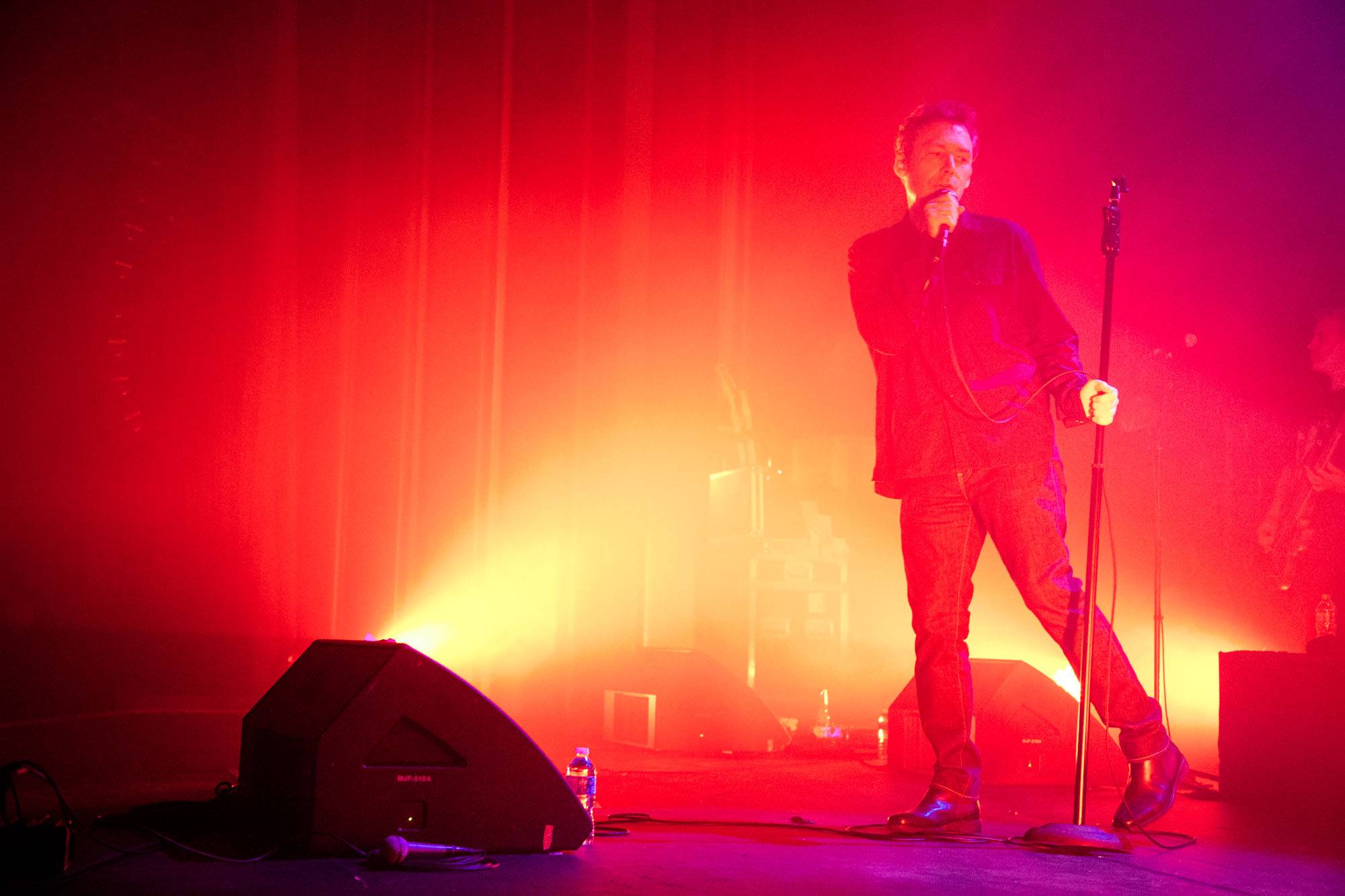 It’s why the band can still pack a large venue after all this time. There were visuals to accompany the songs which did help distract from the stillness on stage, although I will cop to moments of boredom just because there’s only so long you can stare at motionless people playing their instruments. Still, it was satisfying to see the group in the flesh and to hear such a classic album being played by live instruments.

Opener The Black Ryder is an Australian band whose sound is heavily indebted to the headliner’s. Originally from Sydney and now based in LA, Aimee Nash and Scott Von Ryper make woozy, layered music that sits somewhere between shoegaze and psychedelic rock. They released their second album The Door Behind The Door in February.