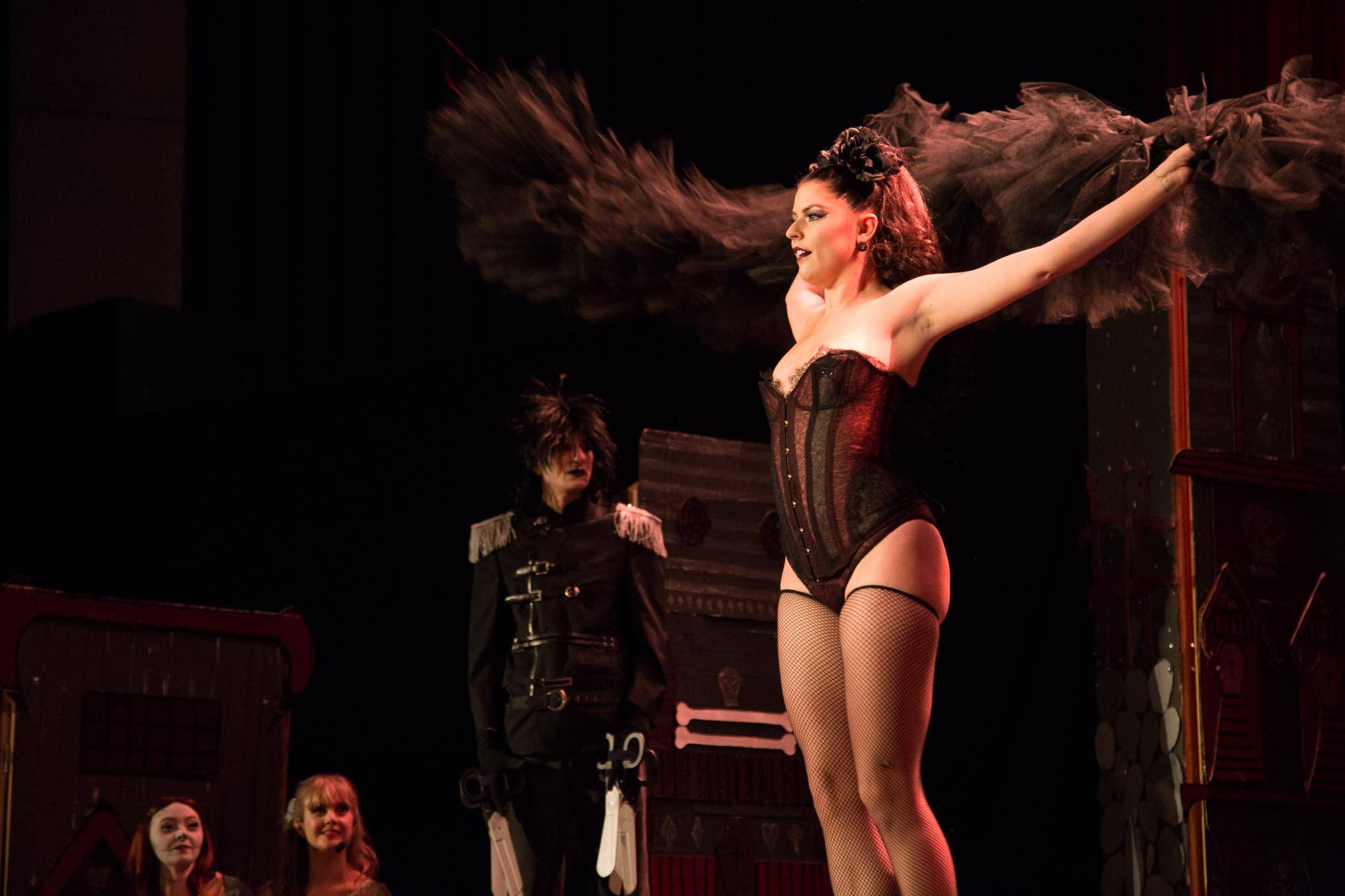 Nightmare Before The Nutcracker at the Rio Theatre, Vancouver, Dec. 5 2014. Kirk Chantraine photo.

Photos–Nightmare Before The Nutcracker at the Rio Theatre, Vancouver, Dec 5 2014.

A gothic twist on The Nutcracker, Nightmare Before the Nutcracker features theatre, circus, burlesque and live music, and uses characters from Tim Burton movies. The show premiered at the Rio Theatre Friday Dec. 5 and returns Dec. 12 (tickets at riotheatre.ca).

The script was written by writer and circus performer Chris Murdoch. “The characters from the Nutcracker, like the sugar-plum fairies, work so well with Tim Burton characters,” Murdoch said in a press release. “It’s really a perfect match. We also love combining the Christmas themes in the Nutcracker with the Halloween themes in Burton films.”

The music of Tchaikovsky and Danny Elfman was arranged for an eight-piece band by local musician and vocalist Red Heartbreaker. Co-producer and guitarist Blue Morris is known for bringing popular burlesque mash-ups to Vancouver, including Beatles Burlesque and Tarantino Burlesque.

One response to “Nightmare Before the Nutcracker at the Rio Theatre”