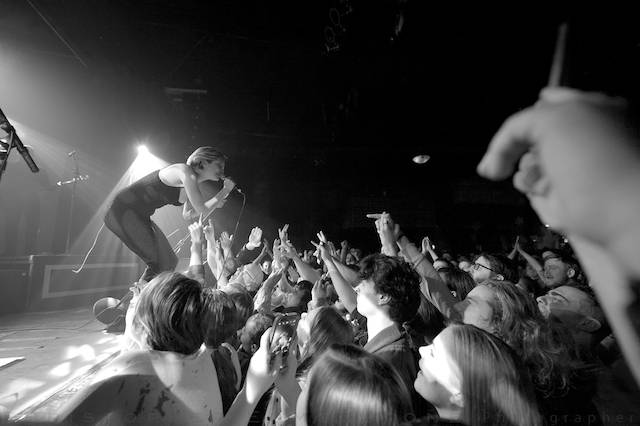 Toronto band July Talk at a sold-out show in their hometown. Vancouver-based photog Christopher Edmonstone said: “This show was was hands down the wildest indoor show of the year! I think there was probably more consecutive body surfers than Squamish Valley Music Festival. [Vancouver band] The Gay Nineties were really excellent too. Sold-out show.”

at the Biltmore Cabaret, Vancouver, 2013 (photos)

at the Commodore Ballroom, Vancouver, 2014 (photos)