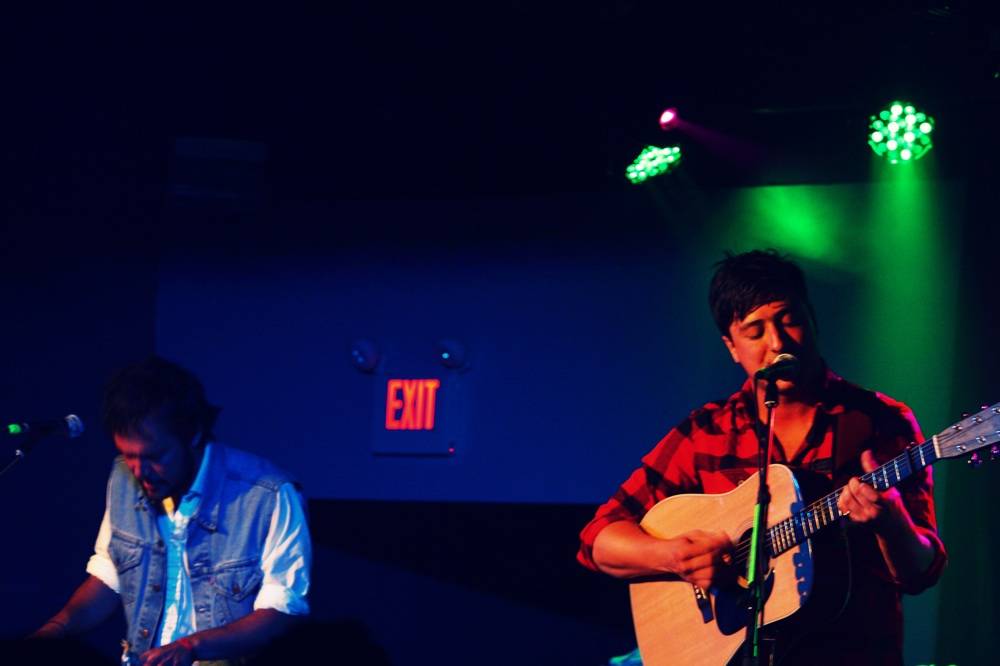 “Awake My Soul” is the title of one of the tracks on Mumford andÂ Sons’ debut Sigh No More, and that was precisely the vibration felt at 560 Club on May 31st when the U.K. folk-pop band performed. A powerful kick drum and the raspy voice of Marcus Mumford were some of the most obvious contributions to the memorable show.

Finally, the much-anticipated and highly admired Mumford andÂ Sons took the stage, with members of the group apologizing for the late start and joking with the audience that they would be calling in sick to work the following morning.

The bandÂ also saluted Canada with a cover of Neil Young’s “Dance, Dance, Dance”, which was true to the original while the band made it their own.

Ultimately, the Mumford andÂ Sons delivered their product sublimely, all while adding English charm and personality. Most audience members would agree, despite the hour at the end of the show and after an encore, they did not want the show to end.Â “Sigh no more”, for they will be back.