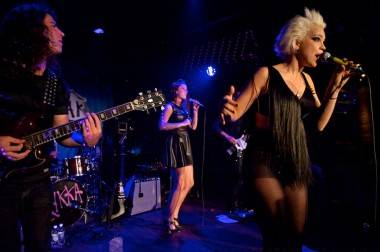 After sets by each of the Top 3 PEAK Performance Project Finalists in front of a sold-out crowd at the Commodore Ballroom in Vancouver Thursday night, the final order of their ranking was announced.

The 2013 Top 3 PEAK Performance Artists are:

As announced Nov. 5, Good For Grapes and Willhorse placed 4th and 5th respectively.

The PEAK Performance Project is now in its 5th year.

One response to “Rykka wins the 2013 Peak Performance Project”