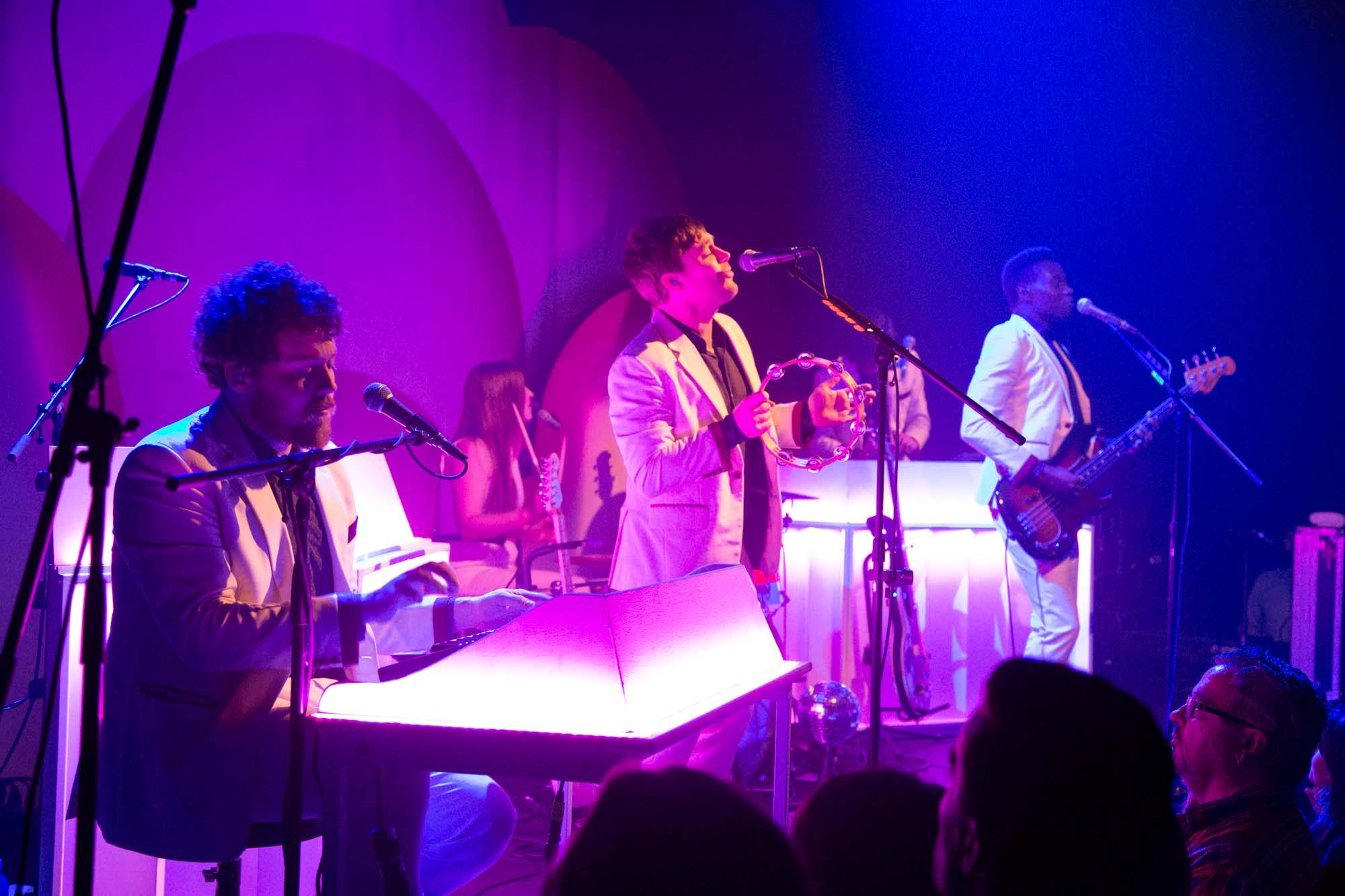 Metronomy at the Imperial Theatre Sunday night in Vancouver.

This was the English band’s second Vancouver show in support of their most recent album, Love Letters, released earlier this year. The record is the band’s fourth. You can see photos from the band’s previous 2014 appearance at Fortune Sound Club here as well as their 2011 appearance at the Electric Owl here.