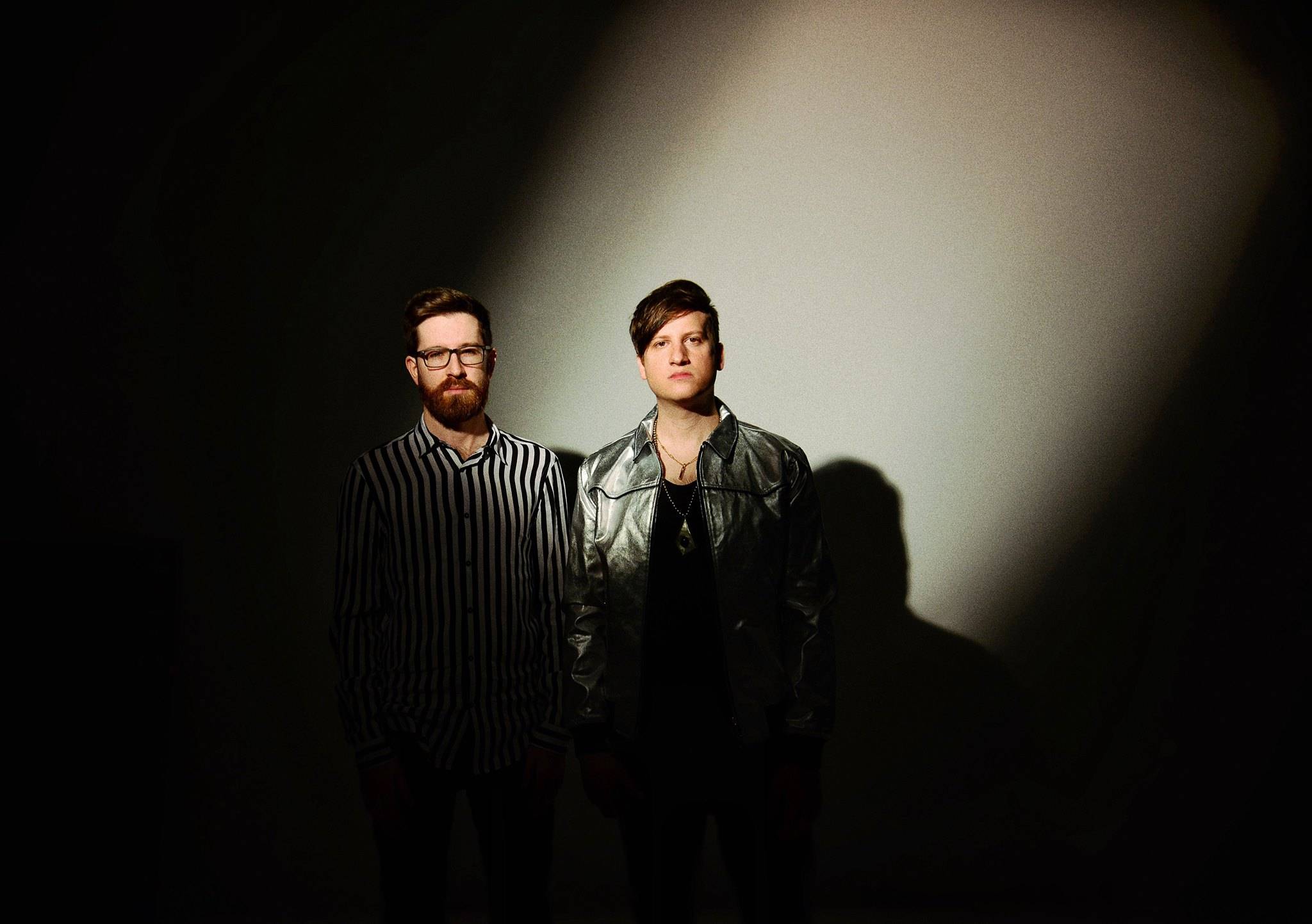 Proving quality is better than quantity, Brooklyn’s Great Good Fine Okay played to a small but passionate group of fans at the Fox Cabaret.

Ohio’s Vesperteen AKA Colin Rigsby opened the show. In vintage tees, rolled up jeans and sneakers, Rigsby and his guitarist took the stage of the near empty venue, 20 minutes before the scheduled eight o’clock start time. While the room filled in, he performed an anthemic mix of pop-rock including his latest single “Love Me When It Hurts” and a cover of Miley Cyrus’ “Wrecking Ball”. While only a small group gathered on the dance floor, the personable Rigsby made his way through the long, narrow room to engage the crowd seated at the back.

Headliners Great Good Fine OK didn’t have to venture anywhere to engage the crowd as they drew everyone but the bartenders to the dance floor, leaving all the seats at the back empty. Eager for an up close and personal performance at the intimate venue, fans gathered up front ready to sing along to hits like the debut single, “You’re the One for Me” and their follow-up “Not Going Home”.

Founded in 2013 by vocalist Jon Sandler and keyboardist Luke Moellman, Great Good Fine OK is currently preparing to release their fourth EP at the end of this month. The group performed a few new songs including an unreleased collaboration with Australian singer-songwriter Betty Who. The so-called ‘nasty song’, titled “New Holiday” features a smoother, groovy beat and lyrics like, ‘get into your body and out of your head’.

With Sandler on vocals and Moellman on keyboards and keytar, the duo were accompanied on stage by guitarist Carey Clayton and drummer Danny Wolf. Lights shone out onto the audience as the group on stage was mostly backlit with the exception of one of their last songs, when Sandler wore a light-up jacket that blinked along with the tunes. The night was made even brighter by the flashing rings given to members of the audience to wear during the show.

Fans clapped and sang along throughout the night and cheered the group on for their encore performance featuring the 2017 single “Find Yourself”. A little bit 90’s boy band meets electro-pop, Great Good Fine OK gave a fun and upbeat performance to a group of loyal fans who seemed thoroughly thrilled to be there.